10 entertainment treasures we miss from the 2000s 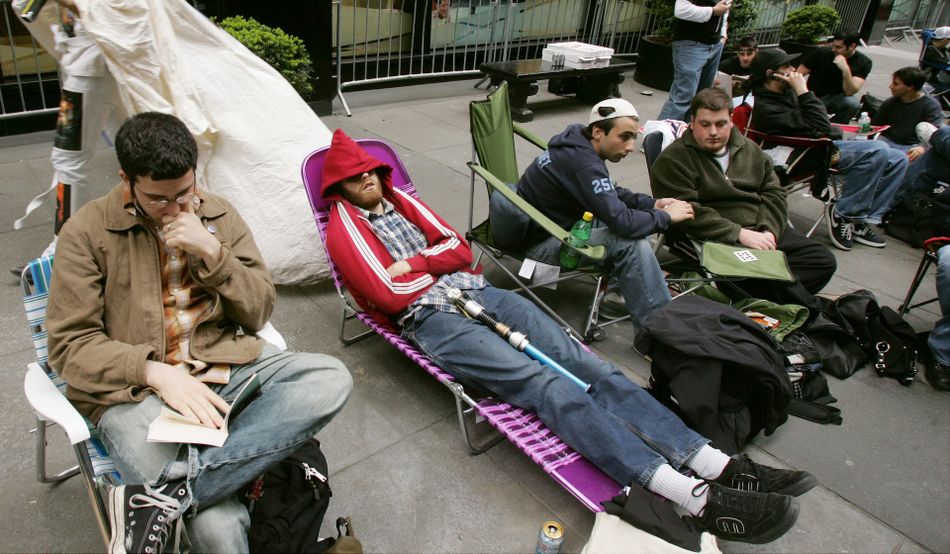 It’s hard to think of a time before this millennium when human culture and technology changed so drastically over the course of several years. At the beginning of the 2000s, many families didn’t have internet or cell phones. It was still common to have that friend without cable.

By 2010, access to all of these became assumed in mainstream culture, and entertainment shifted in tandem with technology. We left behind the old ways, as every generation of humans does, but experienced so many cultural trends that were taken from us too soon.

Here are 10 things we loved about entertainment, tech, and culture in the 2000s that we still miss dearly.

1. The compact coolness of an iPod

Around 2003, the coolest gadgets were the small ones, because you needed so damn many. Now we can easily deal with an iPhone Pro Max because it’s a phone, camera, camcorder, and computer all in one.

But back when you had to stuff all those gizmos into your band button-laden messenger bag, there was no better friend than the iPod, a sleek, light replacement for bulky CD cases.

A lot has been written about Game of Thrones marking the end of a certain era of TV, one in which you had to tune in live lest you be completely spoiled and miss out on the week’s discourse. In the 2000s, every show could be that show, at least for someone.

You watched Lost or 24 or even The Office as it aired for the next day’s conversation, to find that one work friend you only talk to about this show and delight in a few minutes of reliving your reactions and theorizing about what was next. Now there’s no pressure to watch live at the same time every week, so we can spend that time otherwise…doing what, exactly?

If one side of 2000s internet was playing it cool, the other was, without a doubt, pouring out your innermost thoughts online. (We still do both of these, and everything in between, but with less separation.) Before someone read your LiveJournal entry explaining every debilitating drama of the day in excruciating detail — we’re talking names — they could preview the entry with a little icon, 100×100 pixels probably depicting Summer Roberts kissing Seth Cohen dressed as Spider-Man with a little scripty font that says “You’re undeniable.”

But we’re just guessing. Luckily, you can still find these all over Tumblr.

Big blockbusters still have huge theatrical premieres, but “midnight” hasn’t meant midnight in a long time. Maybe the 7 p.m. midnight premiere was borne of fandom’s desire to one-up people with a new Star Wars or Harry Potter movie on the way. Maybe it’s a product of fans who grew up with the midnight tradition growing older and simply wanting to go to bed.

But there was a thrill to the midnight movie jaunts of the 2000s, the excitement of being out after bedtime. Everyone from attendees to employees seemed genuinely delighted to be there, to wear our little themed wristbands with the date or play games and trivia and try to win elusive merch because it was so much more rare online. Midnight releases allowed many of us to participate in fandom before it exploded online and into the mainstream.

In the 2000s, it was common for entertainers to stay in their lane; rarely did we witness something as unthinkable as a movie star doing TV. Crossover artists weren’t super common, so many musicians’ best shot at being in a scripted project was by playing themselves and performing in a scene.

Who could forget The Killers on The O.C. or Lady Gaga, now nominated for acting awards, stopping by Gossip Girl? This tradition dates back decades, and was one of network TV’s favorite ways to court young, hip audiences by proving that producers followed culture beyond their beat.

Online playlists are great, but there was a different charm in painstakingly curating and then BURNING a mix CD of your favorite music for a friend, crush, or history teacher who didn’t understand why you lit up at the mention of Franz Ferdinand during class. Bonus points if you designed a cover sleeve or even just doodled right on the disc.

Back before we all had 10 social media profiles on various sites, the only place to create a cute little snapshot of your personality was on good ol’ AOL Instant Messenger. The user profile allowed us, in limited characters, to say whatever we wanted: to quote obscure movies that we thought made us cool, to make drawings out of emoticons, to quote our friends’ chats so everyone knew we were BFFs, and of course, to post song lyrics.

The AIM profile song lyric was not so much about your favorite band or song of the moment — though of course these choices meant everything and let viewers know exactly how you identify in a high school cafeteria’s social strata — but a way of sharing your emotions without doing so explicitly.

They were the original subtweet and a way to tempt the attention or intrigue of the people you wanted looking at your profile. They were our way of being publicly vulnerable online before we realized that was even an option.

Everyone in my life likes to mock my enduring love of the DVD, but nothing has proven as beautiful and dependable in my life as a digital video disc of my favorite TV show or movie when they aren’t available to stream or the internet isn’t working. The pre-menu ads and menus themselves are time capsules (“You wouldn’t STEAL a CAR“), and there’s nothing like skipping chapters to your favorite parts.

Rewinding or skipping ahead is annoying on every streaming platform. If you have ads, you have to watch them even when you fast-forward past the break. If you’re on a desktop or iPad you can just tap your cursor at the right point in your progress, but there’s still a good amount of guesswork involved in finding the scene you want.

DVDs knew what we wanted, whether it was the top of the next scene or the big song and dance (movie musicals were made for this, don’t @ me).

Remember when the founder of a monstrously popular social media site wasn’t wealthy beyond reason and apparently mired in moral corruption? Honestly, neither do we.

But such a thing did exist in the form of MySpace Tom, a benevolent and benign presence who was everyone’s first MySpace friend. We booted Tom out of our Top 8 almost immediately, to make room for IRL friends or bands that made us seem cool, and he never once complained or propagated fake news as a retaliatory measure. Like so many old friends, we grew apart, but still remember him fondly.

Neopets was an integral part of many ’00s-era children’s online lives. It had all the buzz of a social media network for kids backed with the irresistible draw of adorable, fuzzy virtual pet friends. Its games may have been derivative and its concept a little bizarre (was the Battledome technically dogfighting or nah?), but one place Neopets excelled was its sitewide plots, which drew players into mysteries that tested their logic skills, critical thinking, and teamwork.

Whether Neopians had to crack the mystery of the lost land of Altador by tracking constellations and unveiling heroic statues, solve the murder of King Coltzan, stop Dr. Sloth (again), or discover what exactly happened to Maraqua’s undersea empire, these sitewide plots encouraged exploration and collaborative effort from every active player. The thrill of figuring out the next big clue made everyone feel like a Neopian Sherlock Holmes — albeit one whose Dr. Watson was a Wocky named ILove_Lollipops93.

Alexis Nedd contributed to this article.

Just how big are Elon Musk and Bill Gates’ carbon footprints? You might be surprised