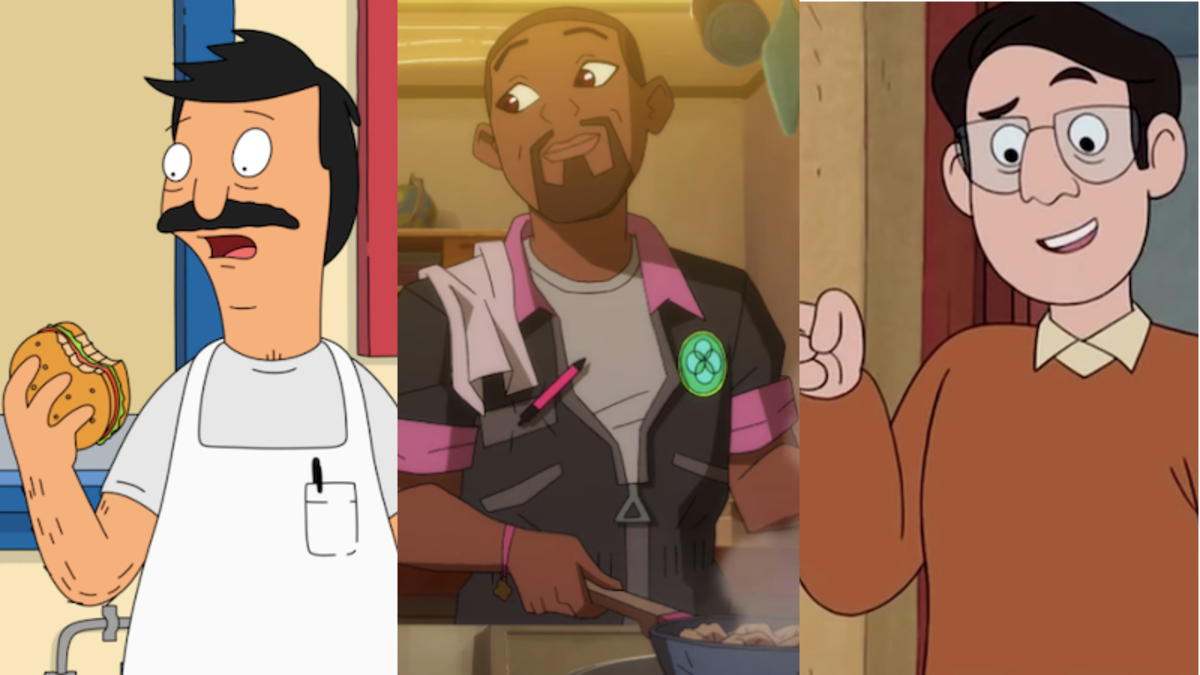 Everybody’s got a dad. Some are just a little more…animated than others. Let’s take a look at some of the best dads who, despite being two dimensional, are fully realized people who make their respective families proud.

Despite being a literal fed with little desire of questioning the morality of the missions he’s been on, Stan Smith loves the hell out of his family—which is a low bar to clear until you realize how openly and understandably antagonistic the rest of them are towards him. He’s put each and every one of their lives in danger at some point, which is why he’s not the best dad on the list, but at the very least he’s….trying.

Tony Park hasn’t popped up all that often on We Bare Bears, but when he has, he’s always been more than game to let his daughter Chloe hang out with three talking bears—which is cool even though it reads as a bit inadvisable on paper. More often than not, we’ve only seen Tony in moments where the bears came to scoop Chloe from her home to run off on some wild adventure, but every time he’s shown up, it’s always been obvious that he trusts his daughter’s judgment enough not to worry about her getting into too much danger.

Bill Green is the rare television dad whose singleness stems from his understanding that he and his ex-wife Nancy simply weren’t good for one another. Rather than begrudge Nancy for the dissolution of their marriage, Bill makes a genuine effort to make sure she’s a part of Cricket and Tilly’s lives. He also does everything he can to make sure they get exposed to their new home in the big city because they’ll need to become well-rounded people.

8. Peter Parker, Spider-Man: Into the Spider-Verse

Technically speaking, this incarnation of Peter Parker probably doesn’t become a biological father until after Into the Spider-Verse, but he spends the vast majority of the movie playing a father figure type to Miles Morales. It was especially important at a time in the teen’s life when he didn’t have much interest in listening to his own father Jefferson, who’s a cop. It’s through Peter’s interactions with Miles, Gwen, and Peni that he realizes he does have what it takes to be a dad, and in a lovely way, Spider-Verse lets you know that while Peter was convinced that he was teaching the next generation of webheads what it takes to be a hero, they were teaching him something important as well.

Alfred Pennyworth has always acted as a surrogate father figure to the Dark Knight, but it’s in Harley Quinn that we see just how much of a hard time the Brit had to have had raising a traumatized, petulant billionaire child who would go on to dress up as a bat for shits and giggles. For all the good Bruce Wayne’s done for the world, he is something of a brooding manchild—the kind who would try to sneak out of the house after having a building topple on top of him, rendering him mostly unable to walk. After years of dealing with Bruce’s messes, Alfred is the only person in the world who could bully his charge into staying home, which is its own specific kind of love that only exists in Gotham.

Greg Universe living in his van after not-quite-managing to become a rock star would be sad, were it not for the fact that he made a point of sending his son Steven to live on nearby beachfront property with his three magical alien aunts who were infinitely more well suited to raise the boy. Even as Greg’s life took a turn for the wilder and he eventually found a new life for himself working as a tour manager, he always made sure to be readily available to help Steven get through whatever weirdness he found himself embroiled in—Gem-related or not. Even better, he made a point of impressing upon his son that all forms of pizza are important parts of life.

4/5. George and Lance, She-Ra and the Princesses of Power

It’s always interesting when you only meet a main character’s parents long after said character was initially introduced into a series. It leaves you wondering when the parents’ personalities were hammered out in the writer’s room. Bow’s historian dads George and Lance are nothing like their son, and yet they’re exactly like him in a sense that they’re both prone to hysterics, drama, and surprisingly chic (but also kinda silly) outfits. Difficult as it was for Bow to believe his dads would ever condone his running off to fight alongside magical princesses, they surprised him by being beyond supportive. One imagines that’s because they knew he was in the process of making history.

3. Duane Williams, Craig of the Creek

Despite being a straight-up goofball who owns more polo shirts than a dad has any right to, Duane Williams is still a Cool Dad™. He understands how to impart sage wisdom onto his three kids, but also knows the different ways in which they all feel most comfortable bonding with him. Also, while his shirts tend to be bad, his shorts tend to be quite good.

2. Lio Oak, Kipo and the Age of Wonderbeasts

By teaching his daughter so much of the almost-lost, wondrous knowledge about the larger universe, Lio prepared his daughter Kipo to travel to the surface world where humans like them simply weren’t supposed to be able to survive. More than that though, what Lio was able to teach Kipo about the stars and the planets put her in exactly the right mind space to be able to come to grips with the truth about her heritage that—at least down below in their subterranean home—he never could have revealed to her before she was ready.

What makes Bob Belcher the dad is his willingness to tell his kids right to their faces that he thinks they’re a bunch of weirdos. And while he knows they’re his children, there are times when he wonders how the hell they got to be so much more off-kilter than he is.

Edit note: an earlier version of this post stated that Spider-Verse’s Peter Parker ended up becoming a biological father, when that’s not the case. The post has been updated to correct this.