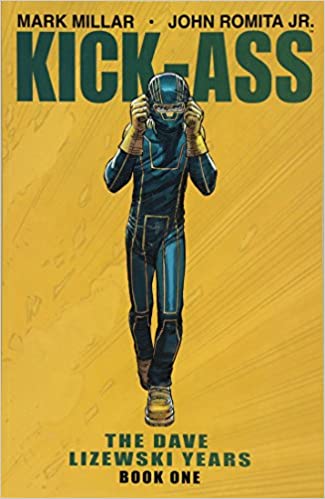 The Amazon Black Friday deals for 2020 are here, and a lot of the savings are pretty obvious – Amazon’s devices always get a price drop, for example, but it’s always interesting to see which other more esoteric goods might make the cut. Did you know that right now, you can get Tony’s Chocolonely fairtrade chocolate for just £2.75 a bar? Now you do!

In this guide, which we’re updating regularly, we’re rounding up the best Amazon Black Friday deals you can get for under £50. The goal? To help you find some great Christmas/holiday gifts for a decent price – or stocking fillers, as they’re often called. These gifts are all focused around tech, though we’ll also throw some Lego in here. That’s kind of tech-y, right? We’ll cycle in some good Amazon Lightning Deals when we see them, too.

Here, then, are 20 great Amazon Black Friday deals you can get on a budget right now in the UK – including everything from PS4 games to SSDs, and even toasters. We’re trying to curate an even mix of items from computing, kitchen goods, gaming, smart home and more.

Check out the rest of our Black Friday deals for more suggestions on what to pick up in the run-up to Christmas.

Amazon Fire TV Stick 4K: £29.99 at Amazon
Save £20 – If you’re rocking a UHD display, you’ll want to invest a little more in the 4K Fire Stick. With a £20 saving this model is back down to its lowest price yet this week – excellent news if your fancy new TV doesn’t offer all the latest apps.
View Deal

Fire 7 Tablet: £34.99 at Amazon
Save £15 – Amazon’s entry-level tablet is already pretty cheap, but this Black Friday deal kicks the price down even further. Surely one of the cheapest all-in-one ways to watch Netflix, Disney Plus and so on, this might be an ideal gift for young adults who aren’t concerned with having a top-of-the-line slate. View Deal

Sony WH-CH510 wireless headphones: £29.95 at Amazon
Save £20 – If you’re just after a super cheap pair of over-ear headphones, these Sony cans should do just the trick – and they cost even less than usual right now. There’s a £20 price drop on the WH-CH510 headphones right now – with an impressive 35 hours of battery under the hood, quick charge, a mic for quick hands free calls, and even voice assistant compatibility.
View Deal

Fitbit Inspire: £38.99 at Amazon
Save £31 – If you’re just after a super cheap fitness tracker to monitor your activity and sleep (and receive a few smartphone notifications as well) this £39 Fitbit Inspire is just the solution.
View Deal

Fitbit Ace 2: £49.99 at Amazon
The Ace 2 is Fitbit’s fitness tracker for kids, which makes keeping active fun with games and rewards for developing healthy habits. It also features sleep tracking to encourage youngsters to go to bed in good time. It’s a great Christmas gift, especially at this price on Amazon UK.
View Deal

Lego Creator Townhouse: £27.97 at Amazon (save £12)
This Lego Creator 3-in-1 set lets you build either a toy store, florist or ‘cake shop’ (clearly a cafe) with the same bricks. It contains 554 pieces, including two minifigures, and like all Creator 3-in-1 sets it’s pretty good value for money compared to some other Lego kits. This is even more the case with £12 off.
View Deal

Philips Sonicare ProtectiveClean 4300 electric toothbrush: £49.99 at Amazon
Save £90 (kind of) – Granted, we haven’t seen this Philips Sonicare toothbrush go above £70 in the last year – but £49.99 is a great price for the smart toothbrush in Amazon’s early Black Friday deals.
View Deal

Xbox Wireless Controller: £44.99 at Amazon
Save £10 – The Xbox Series X Wireless Controller is seeing its first ever price cut in Amazon’s Black Friday deals this week, with £10 shaved off the price tag. That means you can grab an extra controller for your new console, or stock up ahead of a big purchase in the future.
View Deal

Final Fantasy 7 Remake: £29 at Amazon
A nice discount on the long-awaited remake of the classic PlayStation RPG. Well worth it at this price – it’ll take you around 40 hours to do everything in this game, maybe more if you take your time.View Deal

DeLonghi Nescafé Dolce Gusto Jovia Pod Capsule coffee machine: £29.99 at Amazon
Save £5 – Naturally you need the pods, and this is a fairly regularly price point for this particular coffee maker, which its manufacturer boasts offers coffee shop-level beverages. The pods are an additional expense, of course, but the entry price is low.View Deal

Razer Basilisk V2 wired gaming mouse: £37.99 at Amazon
Save £42 – This is the cheapest we’ve seen the Razer Basilisk V2 wired mouse going for so far, which means you’re grabbing a great price on the optical pointer. Not only that, but you can save 40% on Xbox Game Pass PC with this purchase as well.
View Deal

New Amazon Echo Dot + 6 months Amazon Music Unlimited free: £28.99 at Amazon
Save £20 – The new Amazon Echo Dot is taking its first price cut in Amazon’s Black Friday deals. That means you can grab it for under £30 – not bad considering the smart speaker was only released last month and usually comes in at £50. Plus, you’re even getting six months of Amazon Music Unlimited for free as well.
View Deal

FIFA 21 Points: 10% off at Amazon
If you’re deep into the FIFA micro economy, Amazon is offering a rare discount on FIFA points right now. Obviously you need the game to use them – but the lower price applies to points for PlayStation, Xbox and Origin versions, by the looks of it.View Deal

PS Plus 12 month membership: £37.49 at Amazon
Save £12 – If you’ve just grabbed a PS5, or you’re looking to get a little more out of your PS4, you’ll want to grab this PS Plus membership at a £12 discount right now at Amazon. You’ll get access to online play, free monthly games and the new PS Plus Collection as well.
View Deal

WD Blue SN550 500GB M.2 NVMe SSD: £45.99 at Amazon
The lowest price of the year for this particular solid state drive, taking it below the £50 mark. As long as you’re not installing loads of really big games, that’s a pretty lean price. View Deal

RENPHO Digital Bathroom Scales: £21.59 at Amazon
If you’re anything like us, you’ve spent a lot of time indoors this year, and that means a lot of snacking. Save big on these scales for the next few hours in this Amazon UK lightning scale, which hook up to your phone via an app. View Deal

TechRadar is rounding up all the top deals in the run up to the Black Friday sales period, and we’ve put all the best Black Friday 2020 deals in an easy-to-navigate article to help you find the bargains you’re looking for.