3 reasons why almost every VC investor passed on Zoom 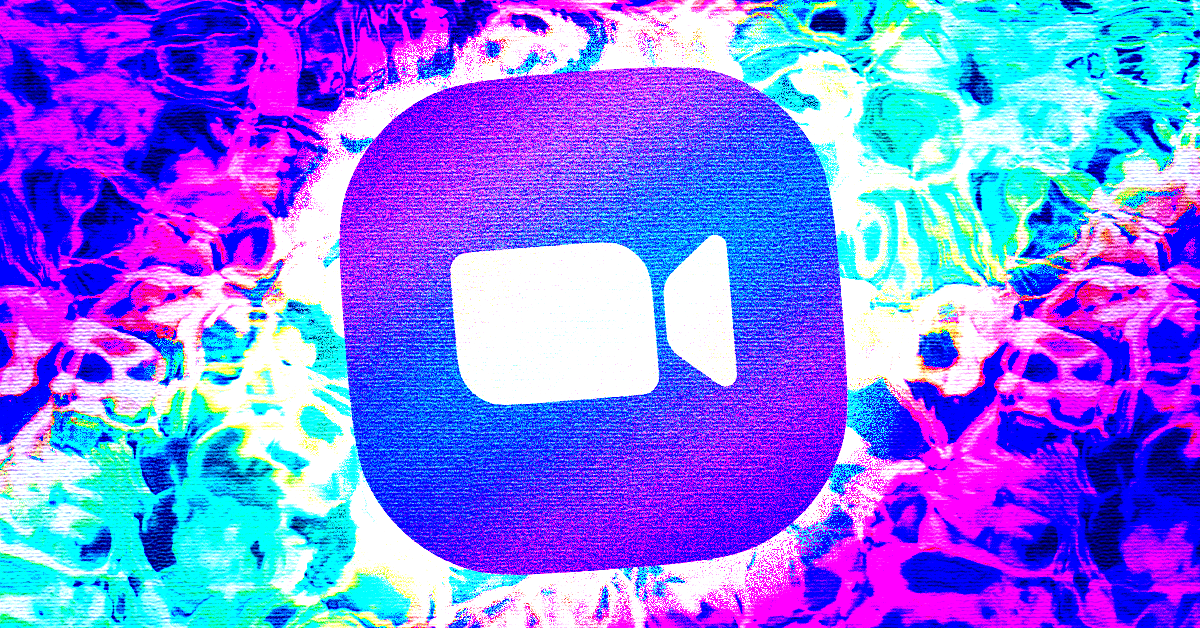 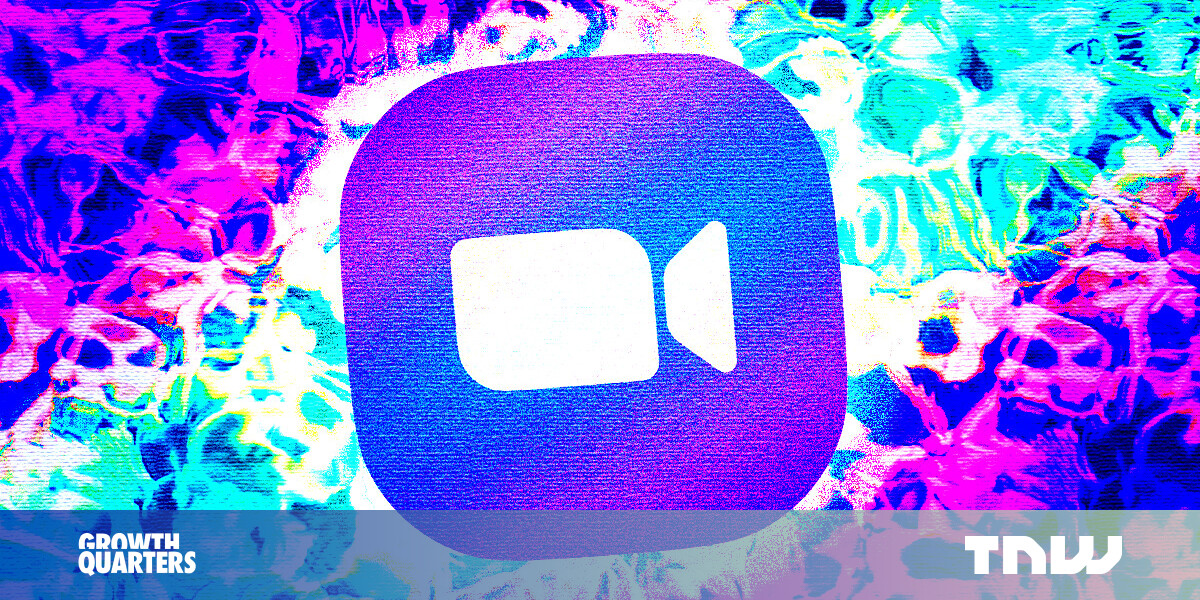 We now live in a Zoom world.

Since founding the now-iconic video-conferencing company in 2011, Eric Yuan has elevated Zoom to one of the most successful SaaS businesses in recent history. With 400,000 paying customers, $600+ million in quarterly revenue, and a market cap north of $100 billion, Zoom is ubiquitous in post-pandemic 2020.

But when Yuan was raising his Series A round back in 2012, dozens of institutional venture capital firms — including those focused on early-stage, cloud, and mobile deals — passed on Zoom. Why, and what can investors and entrepreneurs learn from these reasons?

Yuan left his job at Cisco’s Webex to launch Zoom in 2011 as “Saasbee.” After the launch, he raised $3 million in seed funding from Bill Tai, TEEC Angel Fund (now known as TSVC), Subrah Iyar, Matt Ocko, and Jim and Dan Scheinman.

In December 2012, newly-renamed Zoom finally managed to close a $6 million Series A round from Yahoo founder Jerry Yang and the strategic venture fund Qualcomm Ventures, along with Iyar, Ocko, and Scheinman.

But over the course of that year, every other VC firm Yuan approached passed. In hindsight, why did so many investors miss out on the single best-performing SaaS company in the past decade?

“At the time, Zoom was just an idea in a seemingly very competitive video conferencing space and most investors incorrectly thought that the existing products like Skype, Webex, and others were solving this problem,” Jim Scheinman wrote.

The main investor concern stemmed from a perception that this market was mature, rather than ripe for disruption — as Yuan explained to anyone who would listen.

“Most VCs will not give the time of day to companies they perceive to be entering mature markets,” Bill Tai explained to me when I asked him via email.

Based on his 14+ years at Webex, however, and after growing its revenue from $0 to $800+ million, Yuan knew there was a massive latent opportunity. The market needed “a new product to connect people face to face across the globe built for the new mobile cloud ecosystem,” according to Scheinman.

So, how did this specific opportunity go unrecognized by well-informed VCs in 2012?

As Bill Tai explained to me, “VCs did understand that the cloud could make things a bit more efficient but could not see that it’d change things SO much that it could create a tipping point to unify this particular market.” Indeed, virtually everyone underestimated the tipping-point effect and drastic market implications of Zoom’s approach.

One of the reasons behind Zoom’s explosive growth — both before and especially after COVID-19 — is its viral, bottom-up business model, following in the footsteps of the thriving consumerization of the enterprise trend. The power of this model was, actually, well-known in 2012, with the momentum of companies like Dropbox, Yammer, SurveyMonkey, and Cloudflare.

Despite these obvious successes, VCs struggled to see Zoom as a viable player, largely because “the video conferencing market was seen as ossified,” according to Tai. In his view, other bottom-up companies like Dropbox and Yammer gained credibility as early entrants that had a shot at defining a new market to become the major player in their respective emerging segments.

But Tai explains why VCs struggled to connect the dots from this enterprise consumerization theme to Zoom.

“There was tremendous doubt that there could be enough value creation, even if it worked. Many assumed Zoom would never be able to get customers to pay enough in the face of free products from Microsoft and Google to create a company valuable enough to [justify] bringing a new cloud-based product to market.”

Former Qualcomm Ventures partner Patrick Eggen concurs, though it did not prevent them from leading Zoom’s Series A round: “We had significant concerns about the team’s lack of business acumen and marketing chops,” he writes. “We completely underestimated the ‘bottom-up’ viral marketing potential and juicy scalable economics of Zoom’s business model.”

This misread of the company’s true potential — along with anxieties about how Zoom would dislodge the entrenched incumbents — was enough to dissuade investors.

Reflecting on his initial VC fundraising challenges, Yuan recalls, “[When I left Cisco], I thought, ‘I was part of Webex’s success story. [Now] I’ll build a new solution. For sure, I’ll talk to VCs, and they all will invest.’ I was very wrong.”

By all accounts, Yuan has always been a skillful, product-obsessed leader “who wanted to build an iconic company with a special culture, and who put together a great early team,” writes Scheinman.

He was “humble and hungry,” Eggen recalls. “We were immediately galvanized by his energy and enthusiasm… [and his] maniacal obsession to build the best video-conferencing product on the planet.”

What made Yuan along with his team of engineers and product managers stand out to Tai, Scheinman, and Eggen was both the breadth and depth of their skills and capabilities.

“It was clear to me in 2012 that Eric and his team were great at delivery, and iterating fast and fixing issues as rapidly as they were identified,” Tai told me. “Also, they had capabilities up and down the stack — soup to nuts from infrastructure in the cloud, to web interfaces, all the way down to device level software.”

These seem like the ideal traits an investor would look for — both then and now. So why were they overlooked by VCs at the time? “It’s easy for someone to turn Eric down because his English wasn’t perfect, he wasn’t in his 20s or 30s, and he wasn’t a CEO before,” Eggen told Business Insider.

Furthermore, these investors were simply not digging past questions about the story and market opportunity to fully appreciate the strengths of Yuan’s team and their visionary product. “The VC community was so negative on the market dynamics that they never even bothered to get to know the team,” explains Tai.

It wasn’t until over two years later — after increasing its business customer base to 65,000 and reaching 40+ million meeting participants representing 1 billion meeting minutes — that Zoom was able to close its first significant venture capital round.

Four intense years after founding, Yuan closed a $30 million Series C round led by Emergence Capital in February 2015, with other VCs (including Sequoia Capital) eventually investing as well. Ever since, Zoom’s growth has been straight up and to the right, which certainly resonates with all investors.

Zoom is the fastest growing video conferencing solution ever and is now considered the definitive market leader. For Yuan, his team, and a small group of early investors who made lucrative bets on this onetime underdog, the result is quite rewarding — in more ways than one.