4 ways to be an ally to bisexual people 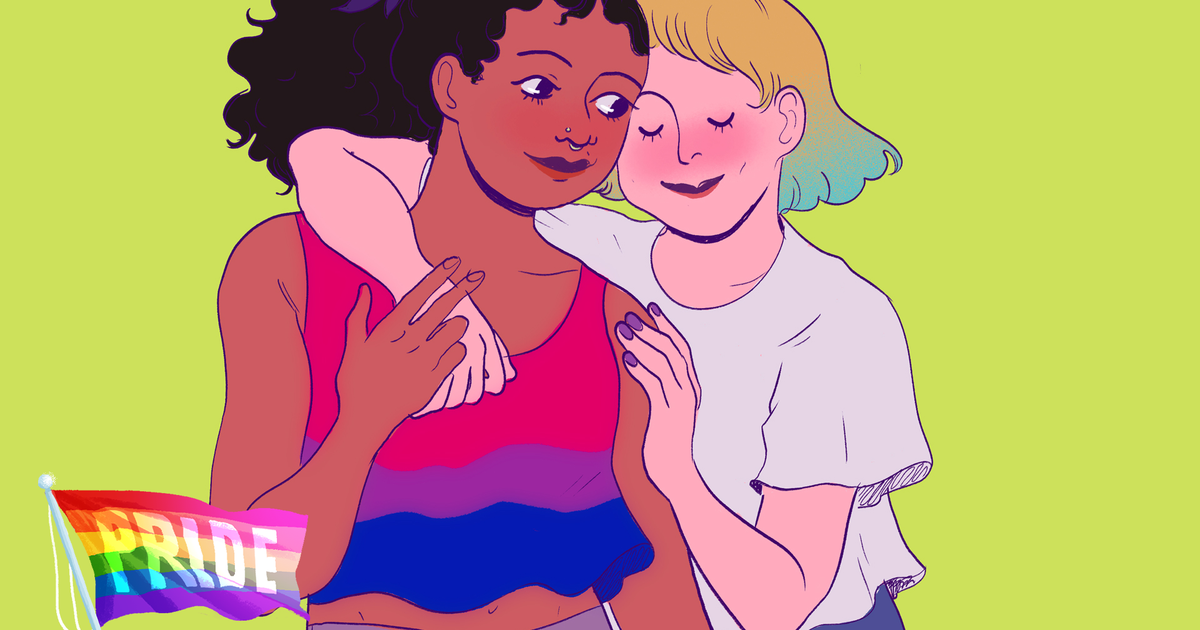 Mashable is celebrating Pride Month by exploring the modern LGBTQ world, from the people who make up the community to the spaces where they congregate, both online and off.

Dr. Lauren Beach was 14 years old when she/they first came out as bisexual. Beach revealed the truth to friends and curious classmates at her/their suburban Michigan high school. The reactions varied, but not many were affirming.

“I experienced a lot of people who eroticized my attraction to femme people. It’s like, ‘oh, you’re bi. That’s so hot,'” says Beach, who has a Ph.D. in molecular, cellular, developmental biology and genetics.

Other friends asked Beach if she/they were doing it for attention. Beach says only three people, including Beach, at her/their school were openly out as queer. Instead of being embraced by them, Beach received flak for her/their sexuality.

“One of the other people there who was queer was like, ‘You’re a fence sitter! You’re a switcher. You can’t be trusted, you might date men after dating me,” recalls Beach.

This kind of biphobia, which perpetuates stereotypes, hatred, and prejudices about bisexual people, is not uncommon — even (or sometimes especially) within the queer community. Stigma against bisexual people stems from a larger culture of homophobia, Rory Gory, digital marketing manager of the Trevor Project, an LGBTQ youth suicide prevention and crisis intervention organization, wrote in an email to Mashable.

“Since bisexuals often move between straight and queer spaces, they are subjected to both homophobia and biphobia,” Gory explains.

Bisexual people make up a sizable population within the LGBTQ community, given more than 50 percent of queer people in America identify as bisexual, according to the Williams Institute. The think tank does research on sexual orientation and gender identity to ensure stereotypes don’t influence laws, policies, and judicial decisions. To be clear, bisexuality means a person is attracted to more than one gender. It doesn’t mean bisexual people are more sexually active than others or going through a phase (two common myths).

As a teenager, Beach bought into stereotypes about bi people. But now 22 years later, she/they are a professor at Northwestern University where she/they focus on the health of bisexual people and works to dispel myths about them. Additionally, Beach co-founded the Chicago Bisexual Health Task Force, a coalition that advances the heath equity of bisexual people.

Mashable spoke with Beach, and representatives from advocacy organizations such as the Human Rights Campaign (HRC), GLAAD, and the Trevor Project to learn about the unique challenges bisexual people face and how to be an ally.

It’s easy to lump a single group together but resist that trap. Like anyone else, bisexual people are individuals and their personalities and preferences vary. As Beach says, “there’s not one single experience of bisexuality.”

For example, Beach is asexual or ace. This means Beach doesn’t experience sexual attraction, but she/they are romantically attracted to people across the gender spectrum. One can be both asexual and bi, with some asexual people preferring to identify as biromantic. Although many asexual people are not interested in having sex, some may choose to engage in sexual activity; asexual people can have varied preferences and experiences. Beach’s experience doesn’t mean all bisexual people feel the same way.

Getting to know more bisexual people can help scrub away your pre-conceived notions. You could already have friends who are bisexual and not know it. Be open about your intentions to learn so you can tear down your misconceptions about bisexual people, Beach recommends.

“You’d be surprised by how many people are like ‘Oh, I’m actually bi. Let’s talk,” says Beach. “From understanding the breadth of experience, you personalize people.”

As you expand your knowledge about bisexual people, speak up when you hear people perpetuating harmful misperceptions. Sometimes we don’t even know we’ve absorbed negative stereotypes if we’re not informed, says Mackenzie Hart, coordinator of GLAAD’s Media Institute, which advises media, television, and film professionals on accurate LGBTQ representation.

An easy way to interject when you hear a myth about bisexual people is to say, “Actually, that’s not true, my friend who is bisexual does not fit that stereotype,” suggests Hart. It can also help to arm yourself with accurate statistics to further back up what you’re saying, says Madeleine Roberts, HRC’s assistant press secretary. HRC is a helpful resource for these stats.

“Barsexual” is a hurtful label often used to demean bisexual people. It refers to the incorrect belief that bisexual people will only interact with certain genders when they are intoxicated, explains Hart. It upholds the myth that bisexual women are actually straight as it implies they only flirt or make out with women when drunk. It also contributes to bi erasure, which GLAAD says happens when “the existence or legitimacy of bisexuality (either in general or in regard to an individual) is questioned or denied outright.”

You should also push back against the harmful stereotypes that bisexuals can’t be trusted to commit to a relationship, says Gory. “Embrace bisexuals as valid members of the [LGBTQ] community, rather than referring to them as ‘allies’ of the community.”

Additionally, you can be an ally by understanding certain words and promoting proper usage. For example, you can clarify the difference between bisexual and bi+. Bi+ is an umbrella term inclusive of people who are pan, queer, fluid, and those who don’t prefer labels. Use the full acronym of LGBTQ rather than gay as an umbrella term for queer people, explains Roberts. By taking these steps, you can “create spaces where people are hearing these words,” says Hart.

3. Healthcare providers need to educate themselves

One time, a clinician asked Beach how many sex partners she/they had.

“I was like, OK, what do you mean by sex?” says Beach. The practitioner questioned why Beach would ask this. Beach told the clinician she/they are bisexual and, therefore, needed clarification about what sexual behavior she was referring to.

“She got really uncomfortable and said ‘deep vaginal penetration,'” says Beach. “She started off guessing. She said, “you seem like a nice girl. So what is it, like one or two people?”” says Beach. The provider then said, “So, what you’re saying is more than 30 or 40 people.”

“It shows how someone [in a healthcare setting] can make this jump based on biphobic stereotypes of what my sexual behavior would be,” explains Beach.

After that encounter, Beach never went back to that doctor. To this day, Beach doesn’t have a designated primary care provider.

“I have to work up the emotional energy to want to go put myself through that potential experience,” Beach says about seeking out healthcare.

Providers shouldn’t presume anyone’s sexual behavior because they know their sexual identity, says Beach. Hart echoes this advice. A doctor once asked Hart, “Are you seeing anyone?” Hart said no. She then asked, “If you were seeing anyone, would you be seeing a woman, a man, either, or other?” It wasn’t perfect, Hart says, but asking open-ended questions that are inclusive of gender nonconforming people made Hart comfortable enough to see her again.

“Even if you aren’t sure of certain words… you can make it clear you aren’t going to be judgmental and you understand there’s a wide array of experiences,” says Hart.

Roberts recommends following prominent bi+ people of color on social media such as singer and actor Janelle Monáe, NFL player Ryan Russell, writer and transgender rights activist Raquel Willis, and politician Andrea Jenkins to become familiar with their lives. The next step is to share their stories with your friends and family.

At last year’s Academy Awards, actor Rami Malek won Best Actor for his portrayal of British singer Freddie Mercury. Malek described Mercury as gay during his acceptance speech but Mercury was actually bisexual. Willis called out the bi erasure in a tweet.

Bisexual and gay is not the same thing. Put some respect on Freddie’s identity. #Oscars

Of the four people Roberts listed, two (Willis and Jenkins) are transgender. Just like one can be asexual and bi, one can also be transgender and bi.  In 2015, the National Center for Transgender Equality surveyed 27,715 transgender people from every state and D.C., U.S. territories, and U.S. military bases abroad and 14 percent of respondents described their sexual orientation as bisexual.

To ensure you’re not erasing transgender bi+ people’s identities, always use inclusive language like “siblings” instead of “brothers and sisters,” says Roberts, when addressing people as if they’re family. This guarantees you’re not assuming every bi+ person (or anyone generally) identifies as either male or female.

Taking into account the role intersectionality plays in the lives of bi+ people is important — especially when you’re looking to amplify their voices.

The Supreme Court just took away an EPA tool to fight climate change — what happens next?