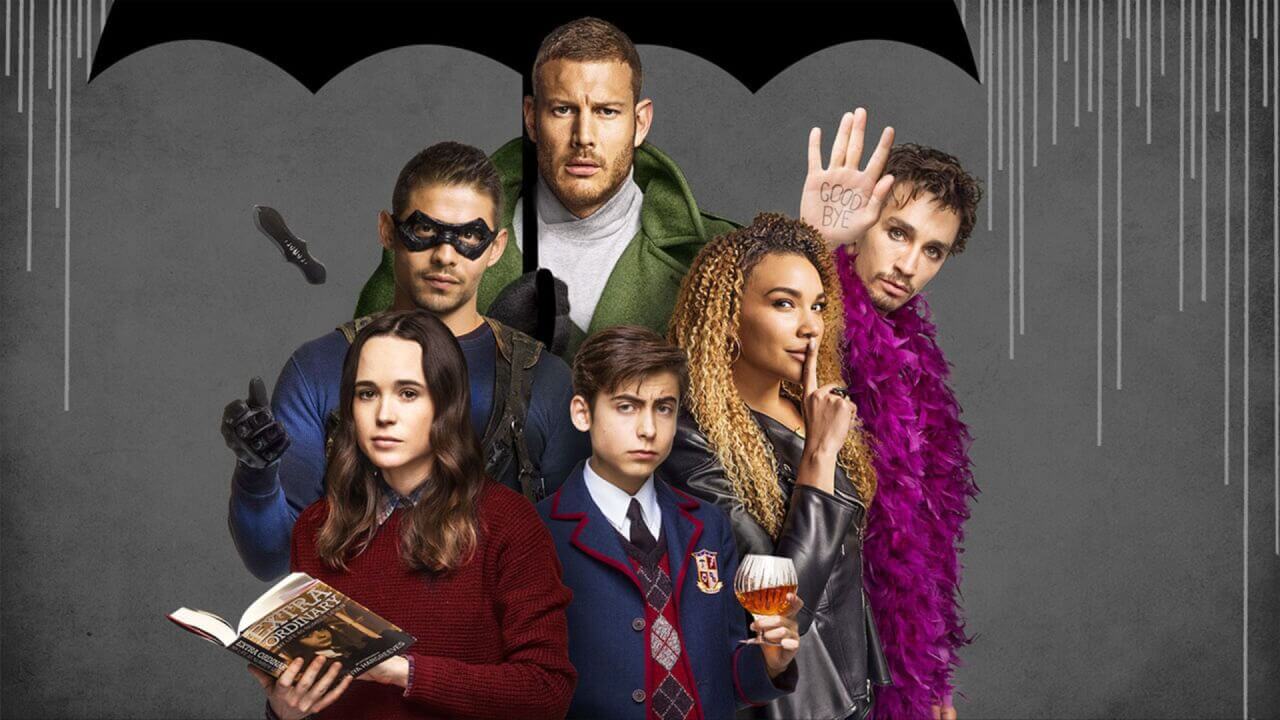 Wondering what’s new on Netflix in July 2020? We’d call it a pretty good month for the streaming service, if not a great one. The big release this month is The Umbrella Academy season 2, the long-awaited follow-up run to last year’s hit comic book adaptation.

There are plenty of other highlights on Netflix this month besides, though. Below, we’ve captured seven of the TV shows and movies that are worth taking a look at in July 2020. Read a little about them, and decide whether or not they belong on your Watch List.

This list of new Netflix releases applies worldwide unless noted, and it’s worth pointing out that US Netflix subscribers will finally get to see ESPN documentary series The Last Dance from July 17, 2020 (everyone else outside the US can already watch it).

Here’s the best of what you can stream on Netflix in July 2020.

Could the title ‘Warrior Nun’ be more vague about the premise of the show? Jeez. This Buffy-infused ‘chosen one’ series is about a woman who suddenly wakes up with supernatural powers, and teams up with The Order of the Cruciform Sword – essentially a gang of warrior nuns – to defend the world. Simon Barry is the creator of this one, best known for the Canadian sci-fi series Continuum.

Streaming on Netflix from July 2

Stateless is an Australian drama about four different strangers whose lives collide in the testing environment of an immigration detention center. This drama stars Cate Blanchett and Yvonne Strahovski (Chuck, The Handmaid’s Tale), and was well-reviewed when it debuted earlier this year. Netflix has the rights to show it outside of its native country.

Streaming on Netflix from July 8

Even though theaters are allowed to reopen in the likes of the US and UK from July, you may prefer to spend your time indoors anyway for time being. If you’re looking for a big movie to stream in July, then, consider adding this new action flick to your list.

The Old Guard stars Charlize Theron as the leader of a unit of undying warriors. In fact, they’ve collectively protected the world for centuries, since they can’t be killed via conventional means. Now, though, with their immortal secret exposed, sinister outside forces seek to control and exploit this group’s abilities.

It’s based on a graphic novel by the excellent Greg Rucka, and even though the premise sounds goofy, we’re optimistic it’ll be better than Netflix’s last comic book adaptation. That was The Last Days of American Crime, which currently sits on Rotten Tomatoes with a magnificent 0% positive reviews.

Streaming on Netflix from July 10

Co-created by comic book legend Frank Miller (co-director of Sin City, director of The Spirit), whose output has varied wildly in quality over recent years, Cursed stars 13 Reasons Why’s Katherine Langford as a young woman who’s destined to become the Lady of the Lake from Arthurian legend fame. If nothing else, Cursed’s washed-out color palette and sword fights should pass the time until The Witcher season 2 gets here.

Streaming on Netflix from 17 July

Netflix’s well-regarded sports documentary series returns for a fifth season, this time called Last Chance U: Laney. This time the filmmakers focus on the football scene at Oakland, California’s Laney College, with the pressure piling on the Laney Eagles to continue the form that made them state and national champions during the previous year. Unmissable stuff if sports docs are your thing.

Streaming on Netflix from 28 July

If you’re an older Transformers fan who’s constantly let down by the poor live-action movies (with the exception of Bumblebee, which was pretty good), maybe this 3D CG-animated offering will help scratch that itch. Rooster Teeth (RWBY) is producing the series, and it’ll be divided into three parts, with the first chapter, Siege, coming in July 2020. This will offer an origin story for the Transformers, if you need another one of those.

Streaming on Netflix from 30 July

The quirky superhero drama returns for a second season on Netflix, this time set in Texas in the early ’60s (if you’ve seen the finale to season one, you’ll have an idea why). Number Five (Aidan Gallagher) is tasked with reuniting the Hargreeves siblings to deal with another apocalyptic threat, after each of them arrived in the ’60s at a different place and time. This will undoubtedly be one of Netflix’s biggest releases of the year so far.

Streaming on Netflix from 31 July