A Beautiful Yet Grim Map Shows How Wildfire Smoke Spreads 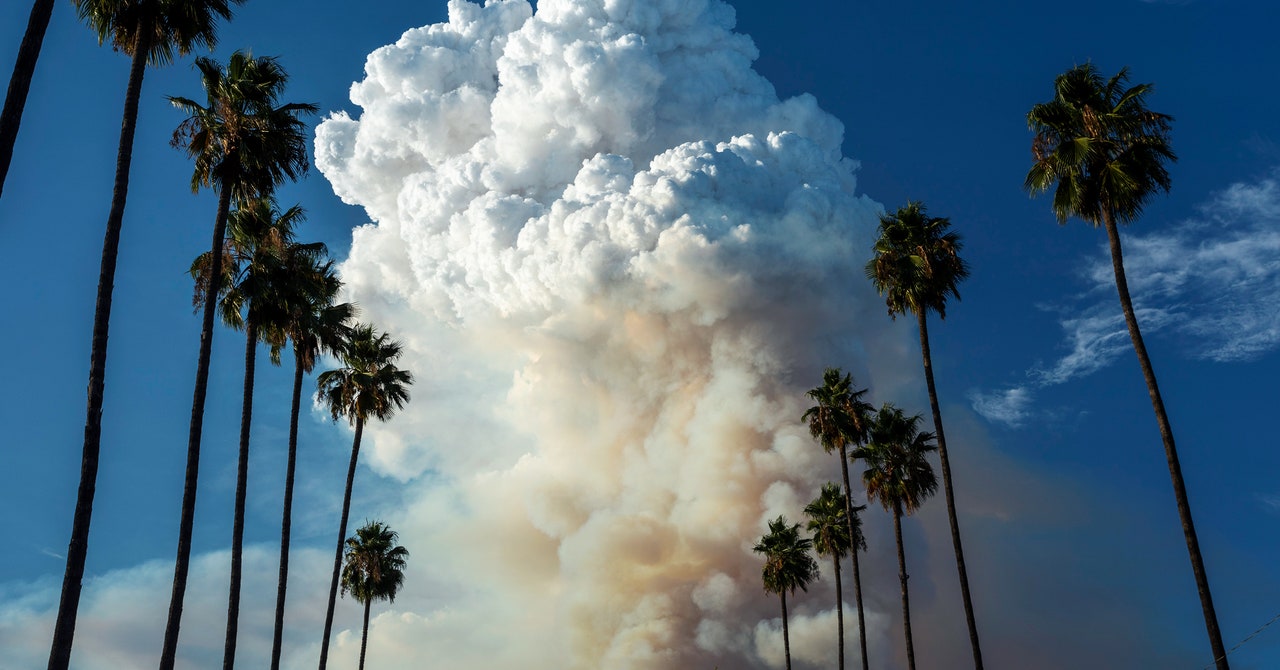 Now, in the map menu, click on “Vertically Integrated Smoke.” Instead of measuring smoke around 8 meters off the ground, it’s modeling what a 25-kilometer-high column of air looks like in a given place in the US. (Think of it as the smoke that you can see in the sky, versus the near surface smoke being the stuff you’re actually breathing.) As you can see, on this scale, smoke now covers most of the country.

To map this out, HRRR considers the infrared intensity of those fires and projects how much smoke a fire is producing. That smoke starts off in the eddies of what atmospheric scientists call the boundary layer. “It’s the layer through which you feel the bumps when you land in an airplane in the late afternoon anywhere in the country,” says Benjamin. “But then some of that air gets mixed further up above the boundary layer, and then it encounters stronger horizontal winds.” This transports the smoke from west to east.

And as that smokey air moves across the nation, Benjamin adds, “it gets mixed down from that turbulent mixing that takes place in the daytime. And that’s how you get some of that to show back up now near the surface.”

Click back to the “Near Surface Smoke” option, and you can see that only a small fraction of those smoke particles are actually falling out of the atmosphere and reaching the ground on the Eastern Seaboard. So unlike Bay Area residents, you’ve got nothing to worry about if you’re in New York or Philadelphia. “It’s orders of magnitude difference,” Benjamin tells me, the unfortunate Californian. “You’re getting creamed.”

But even though HRRR is still experimental, it’s quickly become a critical tool for meteorologists and atmospheric scientists because no one’s been able to forecast smoke clouds like this before. Previously, researchers have just been able to look at satellite images to see where smoke currently is. “This is really the first resource that was out there that tells you something about where the smoke you see comes from, really, and what the forecast is,” says atmospheric scientist Joost de Gouw of the Cooperative Institute for Research in Environmental Sciences at the University of Colorado, Boulder.

That’s helped de Gouw plan his experiments, in which he takes atmospheric measurements from aircraft to study how smoke changes chemically as it makes its way through the air. If he knows where the smoke is heading, he knows where to take samples. “Most people, when they think about smoke, they think about smoke particles,” de Gouw says. “But also a lot of gases come along with the smoke, and a lot of those gases are highly reactive—they change on a timescale of hours.”