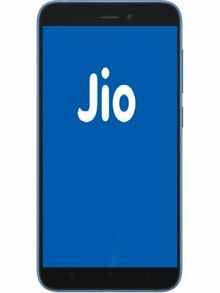 With over 500 million smartphone users in the country, India is one of the biggest consumers of smartphones globally. However, there are still over 350 million users in India who still use a feature phone. To cater to them and grab a piece of the shrinking pie, Airtel is reportedly planning to launch affordable 4G smartphones in India for the masses.

According to a new report, Airtel is in talks with local phone manufacturers to launch its own 4G smartphone at an affordable price. It also looks like Airtel is exploring a plan to come up with both locked and unlocked versions of smartphones, which would be a first in India. If that ends up being true, users will be able to buy smartphones in the form of monthly rental instead of upfront.

The telecom operator is said to be eyeing a piece of cake from what Jio and Google have planned.

For those who are unaware, at the Reliance AGM 2020 a couple of months ago, Jio announced that it will bring affordable 4G/5G smartphones to the Indian market which will cater to the local needs. And, the affordable phones will run on Android-based OS. This will be an entry-level smartphone with optimizations to the OS and the Play Store so that they will be accessible even for the lower-powered devices. The phone will also include a local ecosystem that ensures that devices with the apps and services in the Play Store are within reach of all users. With this program, the company said they are trying to create “2G-mukth Bharat”.(2G Free India)

With an almost Jio-Google inspired program, telecom operator Airtel is also looking to bring its 2G/3G users on to the 4G smartphone train. A recent report also suggests that Jio is targetting 10 crore smartphones in India.

Via: The Economic Times