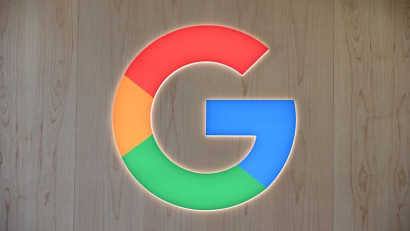 More than two years later, the battle between ex-Google engineer James Damore and the company is over, although we won’t know much about how it ended. Earlier this week, Damore and three other men asked a California court to dismiss the lawsuit, which claimed that the company discriminated against conservative white men. Google also joined their request for dismissal.

As part of the agreement reached with Google, first reported by Bloomberg, Damore and his fellow plaintiffs are barred from saying anything about the matter besides what’s in the court filing, which is not much. Damore’s lawsuit has been one of the most high-profiled fights in Silicon Valley in recent years and has made him a darling of the alt-right and conservative media.

Damore was fired from Google in 2017 after writing a memo, titled “Google’s Ideological Echo Chamber,” suggesting that women are underrepresented in the tech industry because of inherent psychological differences between men and women. The memo went viral inside and outside the company.

In a statement at the time, Google CEO Sundar Pichai said that “portions of the memo violate our Code of Conduct and cross the line by advancing harmful gender stereotypes in our workplace.”

Damore proceeded to sue Google for discrimination in January 2018. Per Bloomberg, three other men who worked for or applied for jobs at Alphabet, Google’s parent company, also signed on to Damore’s lawsuit. In the lawsuit, Damore’s lawyers argued that he and others “were ostracized, belittled, and punished for their heterodox political views, and for the added sin of their birth circumstances of being Caucasians and/or males.”

In addition to suing Google, Damore had also filed a complaint about the company with the National Labor Relations Board (NLRB), the federal agency in charge of preventing and remedying unfair labor practices in the private sector. The NLRB determined that Google had not broken labor law when it fired Damore because although his criticism of the company was protected by law, his discriminatory statements about women were not.

Even though we might not know the details of how the lawsuit ended, Damore’s lawyers say it has had an impact. Harmeet Dhillon, a lawyer for Damore and the other plaintiffs, told Bloomberg that the lawsuit has encouraged companies in Silicon Valley and beyond to create workplace rules to protect employees with alternative viewpoints and prevent bullying.

Google hasn’t said anything publically about the dismissal yet. But we can probably guess at its position on all of this by recalling Pichai’s thoughts on the matter in 2018. At that time, Pichai said that the company’s decision to fire Damore wasn’t politically motivated.

“It’s important for the women at Google, and all the people at Google, that we want to make an inclusive environment,” Pichai said, adding, “I don’t regret it.”