All the Sci-Fi, Superhero, and Fantasy TV Coming to Screens in 2022 (So Far) 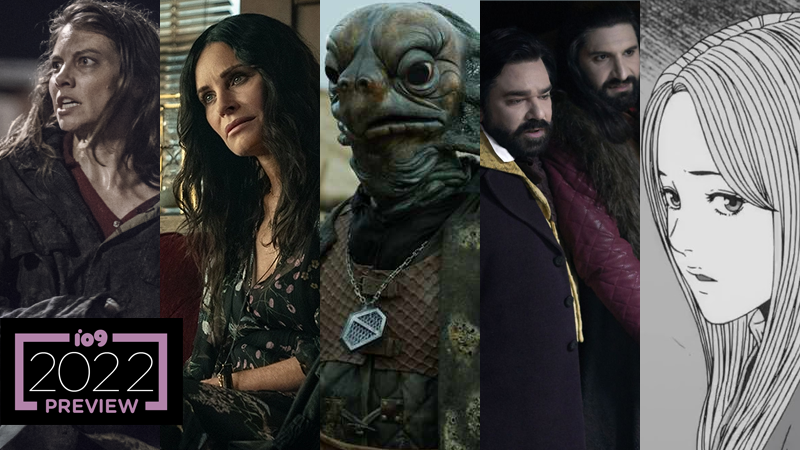 Doctor Who (Spring and fall, BBC America) – After the so-so Flux, Jodie Whittaker’s Thirteenth Doctor returns for two more specials that will culminate by revealing her replacement in the iconic role.

Tales of the Walking Dead (Summer, AMC and AMC+) – AMC’s horror juggernaut is getting its own anthology series, telling new and different stories of life during a zombie apocalypse.

Chucky (Syfy/USA) – After a hit first season, the deadly Child’s Play doll will continue his delightful reign of terror. While the plot of season two is not yet known, creator Don Mancini did tell io9 that, in keeping with the theme of season one, even more fan-favorite characters just might be popping up as the story continues.

Roswell, New Mexico (The CW) – This aliens-on-Earth series is now entering season four, which means it’s now outlasted the late-1990s Roswell—adapted from the same source material: the YA book series Roswell High—which only went for three.

Uzumaki (Toonami) – Junji Ito’s iconic tale of a cursed town and its (literally) spiralling inhabitants comes to life in this stark animated adaptation.

What We Do in the Shadows (FX) – After that season three finale, we’re dying to see what’s next for the Staten Island vampire clan (plus Guillermo). Will everyone make it back from their travels? What guest stars and weird creatures will pop up? Will creepy baby Colin Robinson grow into the same adult-sized energy vampire he once was?