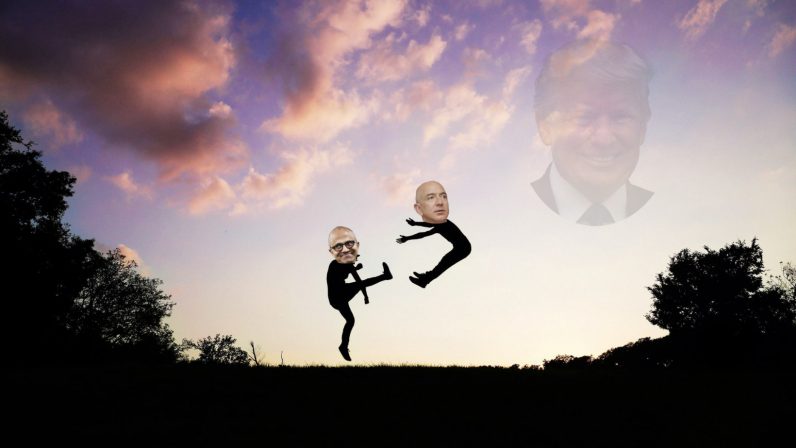 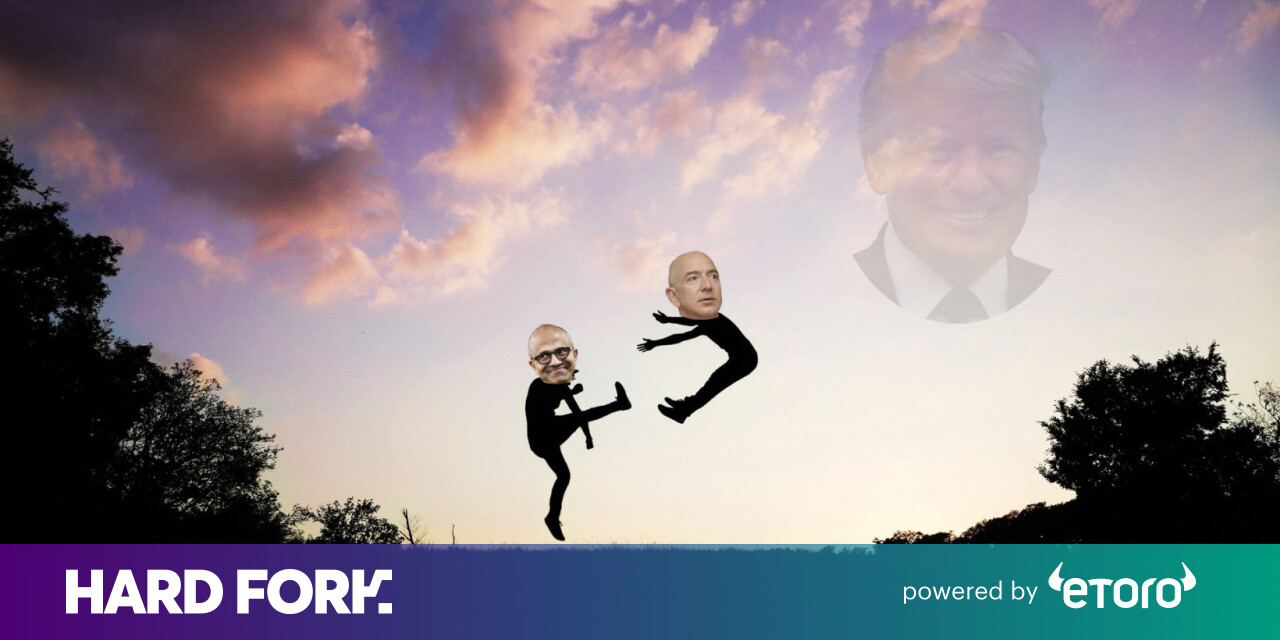 If the saga of the US government’s $10 billion ‘war cloud’ hadn’t already devolved into a soap opera, the latest tit-for-tat exchange between tech giants Microsoft and Amazon proves it.

Amazon filed another formal protest over its lost bid on the Joint Enterprise Defense Infrastructure (JEDI) contract earlier this week — an ever-lucrative 10-year deal won by Microsoft in 2019 but has since existed only in legal limbo.

Amazon‘s lawyers have consistently challenged that choice, citing alleged interference in the procurement process from none other than US president Donald Trump.

They say Trump was fueled by bias spawned by negative reports published by the Washington Post, which is owned by Amazon CEO Jeff Bezos.

But the contents of Amazon‘s most-recent Hail Mary are confidential. Microsoft exec Frank X. Shaw thinks it’s likely to push for a complete do-over, a move which he lambasted in a fiery blog post titled: “Bid high, lose, try again. Amazon continues to push for a JEDI re-do.”

“The only thing that’s certain about Amazon’s new complaint is that it will force American warfighters to wait even longer for the 21st-century technology they need — perpetuating Amazon’s record of putting its own interests ahead of theirs,” wrote Shaw.

“Amazon alone made the choice to bid high, but now wants to find a way to avoid the consequences of its own bad business decisions,” he added.

Whichever company finally secures the Pentagon’s JEDI contract will provide the Defense Department (DoD) with what is essentially an enterprise cloud computing system — but for the US war machine.

In February, a federal judge granted Amazon’s request to block any work on the JEDI system until the related lawsuit plays out in court.

While a ruling on the case is not yet imminent, the Pentagon’s watchdog recently boiled Microsoft’s win down to a matter of pricing; Amazon asked for too much money.

Microsoft’s Shaw echoed that sentiment by commenting that “no one forced Amazon to bid high in the procurement [process],” before calling upon Amazon to drop the fight and let it provide the US military with the tech it needs.

Hard Fork has reached out to Amazon to learn more about its latest protest and will update this piece should we learn more, but something tells me this petty ordeal is far from over.