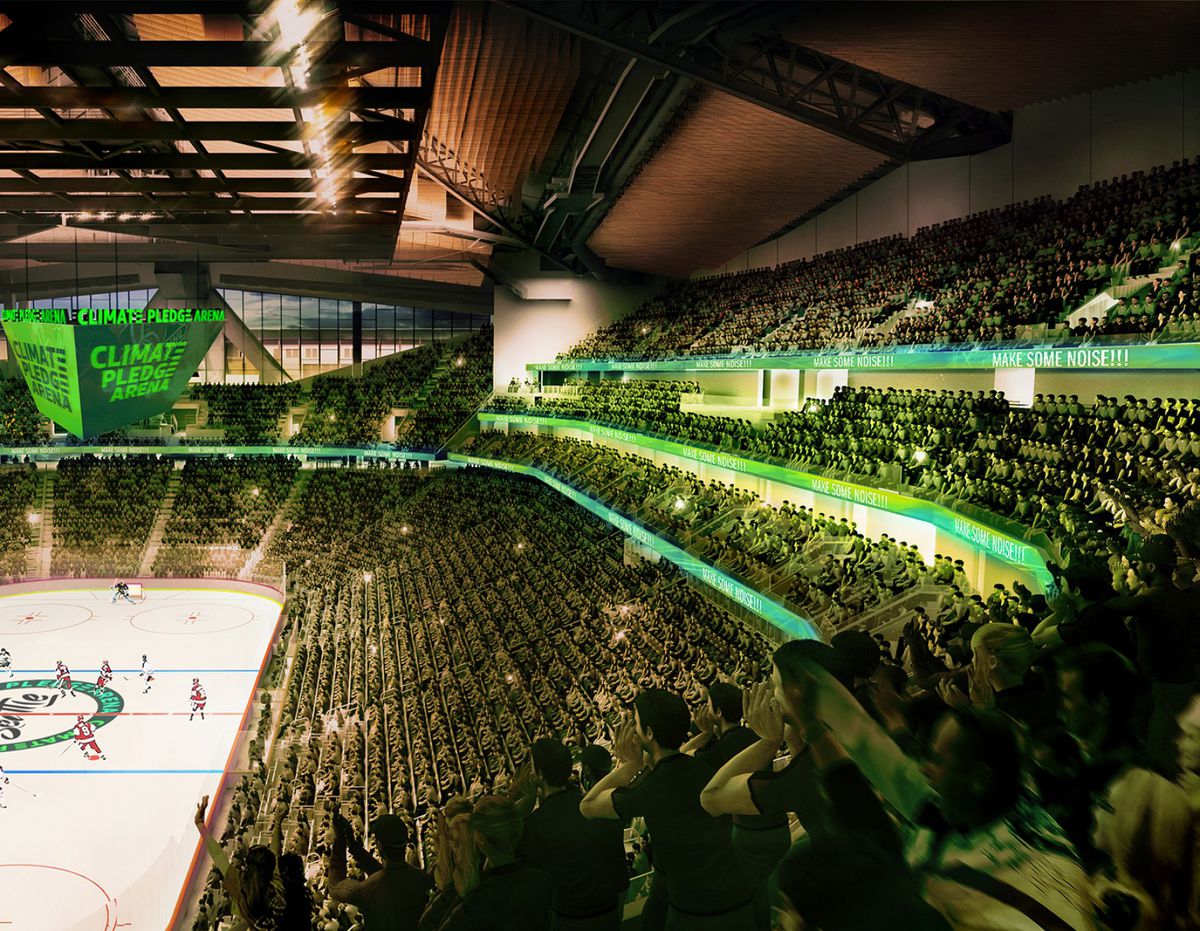 Seattle’s NHL team doesn’t have a name yet, but its arena does, after Amazon secured the naming rights to the former Key Arena. But if you guessed the new name would be Amazon Arena, surprise! It will officially be known as the Climate Pledge Arena, a nod to the $2 billion initiative CEO Jeff Bezos announced last year, which sets goals for Amazon to become net carbon neutral by 2040.

Of course, that initiative only came after thousands of Amazon employees signed an open letter to Bezos and Amazon’s board of directors asking the company to adopt a wide-ranging plan to fight climate change. It’s worth noting that earlier this year, Amazon warned several employees who were part of that push that they had violated its communications policy.

In addition to being the home of the Seattle NHL franchise, the 18,100-seat multipurpose arena will be the home court for the WNBA’s Seattle Storm and will host live events. It’s undergoing a $900 million renovation and is slated to reopen next summer.

Climate Pledge Arena will be the world’s first net zero carbon-certified arena, Amazon says, and the venue will be powered with 100 percent renewable energy and generate zero waste from operations and events. In addition, it will use reclaimed rainwater to create the ice surface for hockey games.

Amazon has pushed several other climate-focused projects as well. Bezos himself pledged $10 billion toward a self-named fund that will make grants for “scientists, activists, and NGOs” working to fight climate change. Amazon launched a venture capital investment program called the Climate Pledge Fund earlier this week, which will put $2 billion into environmentally focused clean energy startups, and in April, it launched a $10 million grant program for forest conservation as part of the Climate Pledge program.

However, there’s the issue of Amazon’s oft-criticized excessive packaging to consider. Whether that can be offset by a green-tinted, environmentally focused sports arena is up for debate.