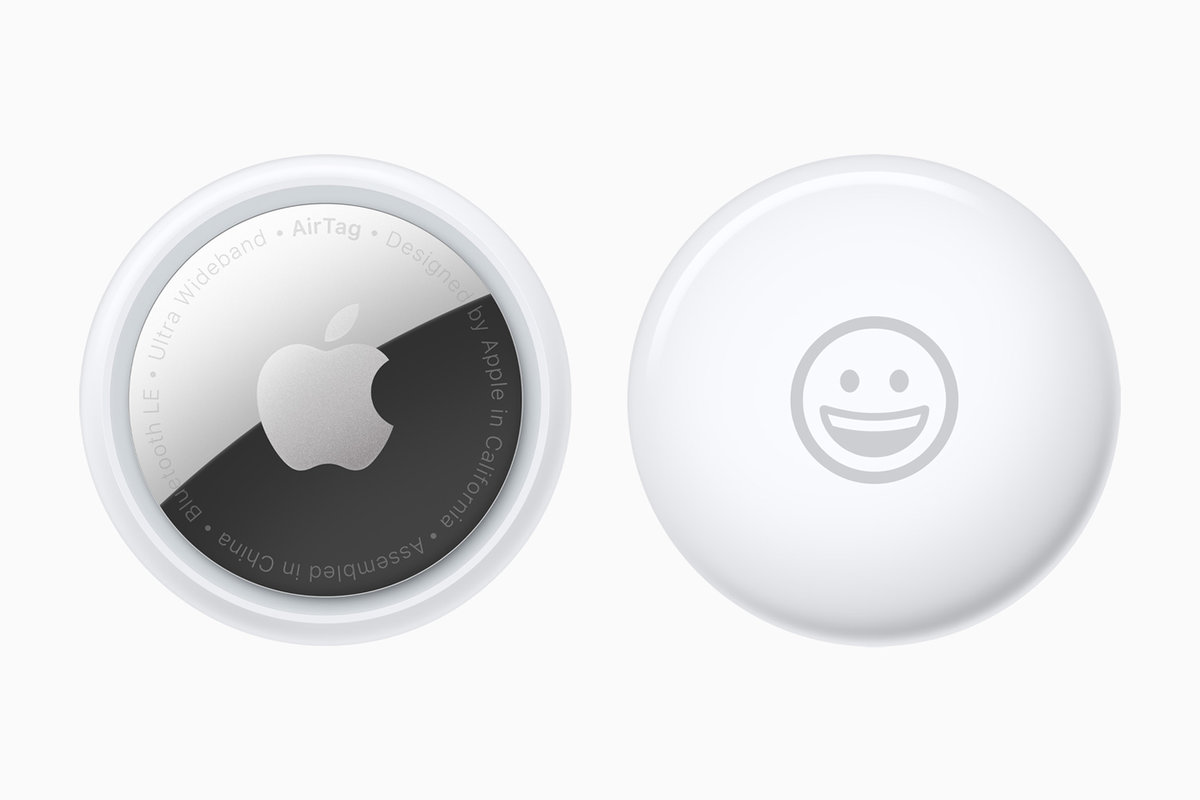 Apple AirTags have finally been revealed during the latest Apple Event: a Tile-like tracker you can attach to anything and find using the network of Apple devices that exist in the world.

So what are AirTags? The pitch is that you clip one of these things to an item you don’t want to lose, and you’ll then be able to track it from an Apple device using the enhanced Find My app.

After years of rumors about their emergence, finally, AirTags are here as accessories to track your items using the Find My network of iPhones and other Apple devices, so you can have more confidence that they’ll be spotted digitally sooner rather than later.

In our Apple AirTag hands-on, we loved how small and slim it was, while finding its beep-to-locate cycles too short to hunt down the tracker if it was hidden too far away (or too deep in the couch, as the case may be). Check out the hands-on for our early thoughts while we do deeper testing for our full review.

We’re still hearing more about the AirTags and how they work – as well as how they fit into greater clashes between Apple and companies like Tile, which asked Congress to investigate Apple for antitrust concerns the day AirTags were announced. Keep reading for all the news on the newest product from Apple.

Given their similarity to Tile, we could compare those prices: the standard Tile Mate costs $25 / £20 / AU$40, so the prices are pretty comparable – and with the new AirTags Apple is allowing you to engrave each one for free, so you’ll know which is which if you buy many.

AirTags are round accessories about the size of a quarter – you’ll have to slip them into an attachment strap (a fob, really) to attach them to anything, though you can also just slip them into a pocket of a purse or bag you want to track.

Unlike the Tile Tracker, there doesn’t seem to be an official way to stick them to anything – so you won’t be able to track a remote or laptop just yet. However, we can see that kind of accessory coming from a third party

The AirTags harness the same network of Apple devices – yours and those of strangers – that Apple already uses for the Find My app. Using a Bluetooth signal (which is low power to save battery) anyone with an iPhone or iPad nearby will be able to let you know something has been found.

You can put them into ‘Lost’ mode and a notification of their discovery will appear on your phone, so you can breathe a sigh of relief and simply run back to the ice cream van that has your wallet left on the counter.

If you find an unidentified AirTag, you can just tap it with your iPhone (or NFC-enabled Android phone) and it will offer the contact information of the person that lost it (if added) so you can let them know what you’ve found if you’re a kind-hearted soul.

If you’re just forgetful in the house though, the AirTags specifically use the Ultrawide band (U1) chip in newer Apple devices from the iPhone 11 upwards in a feature called Precision Finding for even more refined tracking – those devices use their own accelerometer, camera, and gyroscope to direct you to your AirTag-attached object within a very accurate space.

Apple has made these small AirTag devices with a plastic rear and the metal front housing all the mechanics – in doing so, it’s made them water resistant, although there’s no IP rating here so we assume you shouldn’t use them to track a goldfish.

You can engrave your AirTag for free if you buy it through Apple’s online store – up to four letters, numbers, or emoji. Of course, Apple has already blocked the cruder four-letter words you may be thinking up right now, along with the more salacious combinations of emoji – you’ll just have to get more creative, as the ‘horse + poo’ emoji combo is forbidden but ‘poo + horse’ isn’t, as The Verge found out.

As we’ve asked above, we’re not sure whether these can be stuck flush to a device – while it looks unlikely given the slightly bulbous back, if you head to the official Apple AirTags page in Safari on an iPhone, you can view them in AR.

When the phone detects a surface, it places the AirTag on it as if it were stuck – so perhaps this will be a feature.

Here’s something interesting – looking at Apple AirTags in AR will attach them to the nearest surface if you use an iPhone with LiDAR. Will they be stickable after all? #AppleEvent2021 pic.twitter.com/u7awCuyptbApril 20, 2021

Apple is touting the fact that its AirTags are power efficient enough to last a year, and the battery inside is removable and replaceable too. That’s good to see given the brand has been making a big deal about how sustainable it wants its operations to be.

There’s even a video outlining how this will work – it looks like it’ll be delicate, but easy enough:

AirTags have a user-replaceable coin cell battery that Apple says should last for about a year. There’s a little tutorial on iOS teaching you how to perform the delicate operation. pic.twitter.com/g0g61MCnSBApril 20, 2021

There’s a strong suspicion that Apple could have launched the AirTags many months ago, but couldn’t get the privacy angle right. What if someone wanted to track you by slipping an AirTag into your coat or bag?

Apple’s got around that issue by bringing in ‘Unwanted Tag Detection’. You’ll need to set up your tag with your own Apple device at the start, and if you then were to try and place it on someone else, they’d get a notification.

If they still didn’t notice on their phone – perhaps the battery is dead – then the Tag will just start to emit a noise to let you know it’s there.

Apple is making privacy a big deal with these tags, so the notion that it might have delayed them to get this feature right makes sense:

Apple’s making a big deal about the accessories that you can buy with the new AirTags – the headliner being the $349 / £299 Hermes keyring that allows you to carry your Tags in a fashionable way.

Given these are just enclosures for the Apple AirTags, we’d imagine a massive aftermarket is about to open up for them – so expect sticky pads, dirt-cheap keyrings and even clothing to appear in the near future if the Apple AirTags ecosystem takes off as expected.