Apple HomePod 2: will WWDC 2020 bring Apple back into the smart speaker race? 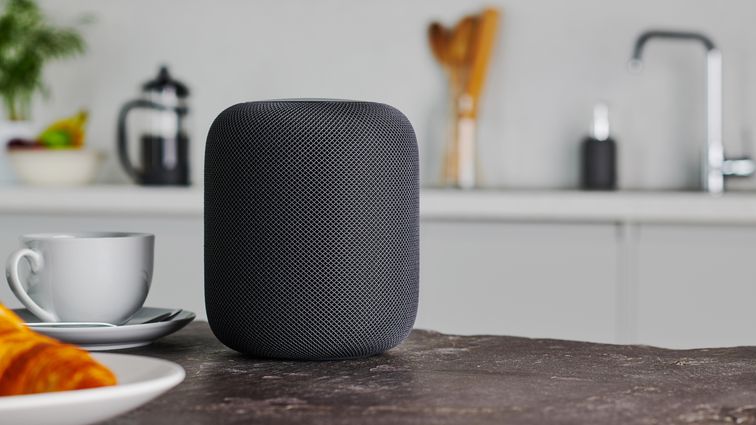 Apple is undeniably a technological trailblazer, innovating in the worlds of smartphones, laptops, true wireless earbuds, and more – but when it comes to smart speakers, the tech giant has been left behind by the competition.

Rumor has it that Apple is on the verge of launching the follow-up to its first smart speaker, the Apple HomePod. The Apple HomePod 2 – or HomePod Mini, as some are calling it – is said to be a smaller, cheaper version of the brand’s Siri-powered speaker, and it could launch as soon as July 22, at Apple’s WWDC 2020 event.

That’s when we’re expecting to see the iOS 14 update in detail, along with upgrades in the form of iPadOS 14, macOS 10.16 and watchOS 7 – and possibly the Apple AirPods Studio, AirPods 3, and AirPods Pro Lite.

However, if the new HomePod is to be a success, Apple will need to address some key issues that prevented the original speaker from enjoying the same success that the Amazon Echo and Google Nest (née Home) devices have garnered.

The original Apple HomePod was launched in 2018 to mixed reviews and underwhelming sales. While the HomePod was praised for its audio performance, its capabilities as a smart home hub were distinctly lacking compared to the likes of the Amazon Echo and the Google Home.

That’s because Siri simply can’t compete with the smarts that Alexa and Google Assistant offer, and the HomePod’s reliance on the Apple ecosystem means that the smart home devices it works with are limited.

Called HomeKit, Apple’s smart home ecosystem is controlled primarily through the Home app on your iPhone, iPad or Apple Watch.

There are some great aspects to HomeKit. Setting up something like a smart plug or smart light is as simple as scanning the code on the device from your phone or tablet and having it added into the mix – once that’s done, you’re able to control it with your voice.

It’s undeniably cool to be able to walk through the door, say ‘Hey Siri, I’m home!’ and all the lights you’ve set up blink up because your lamps have smart plugs.

Still, compared to Google Assistant and Amazon’s Alexa, Siri is rather limited in what it can do for you as a smart home hub – and with no voice training capabilities, you can’t personalize Siri like you can with other assistants, which means you lose out on both the security of your smart speaker being able to distinguish between different voices in your household and a tailored experience.

This isn’t great considering it’s one of the most expensive smart speakers on the market, and Siri is your main means of controlling it.

With that in mind, we’d love to see better Siri performance in a new HomePod iteration when it comes to enacting commands quickly and allowing for greater personalization in its performance .

The original Apple HomePod is still one of the best-sounding smart speakers on the market – but when it comes to actually playing your music, it leaves a lot to be desired in terms of connectivity.

Sure, voice control is the calling card of the smart speaker, but sometimes Bluetooth connectivity is more convenient – and that’s something the original HomePod is lacking, which is particularly frustrating when you can’t find a track on Apple’s own streaming service.

Apple Music is the only streaming service that can be controlled with Siri, and you won’t find native support for Spotify or Tidal – so if you want to listen to Hi-Res Audio files, you’ll be disappointed.

If you buy one of the current Apple HomePod speakers, you’re essentially locking yourself into Apple’s audio ecosystem. The Apple HomePod 2 could rectify this by either adding support for these services, or by allowing for Bluetooth connectivity, letting you stream tracks from your smartphone from whichever platform you choose.

By letting other services have a look in, the Apple HomePod 2 could entice a host of new users who would have otherwise opted for models like the Sonos One.

All in all, for the Apple HomePod 2 to make a real impact in the world of smart speakers, the company needs to introduce a little flexibility to its rigid way of thinking.

Apple should really give users the option to stream music from multiple services, and open Siri’s capabilities up to those who aren’t already invested in the Apple ecosystem – and if Apple offers incentives like cheaper Apple Music subscriptions to those who make the switch, it could build a loyal fanbase of smart home enthusiasts.

There are rumors that Siri will be cut from the device entirely to save on cost, making the new Apple HomePod a regular wireless speaker – which is totally feasible given the HomePod’s strong audio performance and multi-room capabilities.

However, we’d rather see some improvements – after all, if Apple can get Siri up to scratch, it could dominate the smart speaker market in the same way it has propelled the true wireless earbuds market with the AirPods and AirPods Pro.