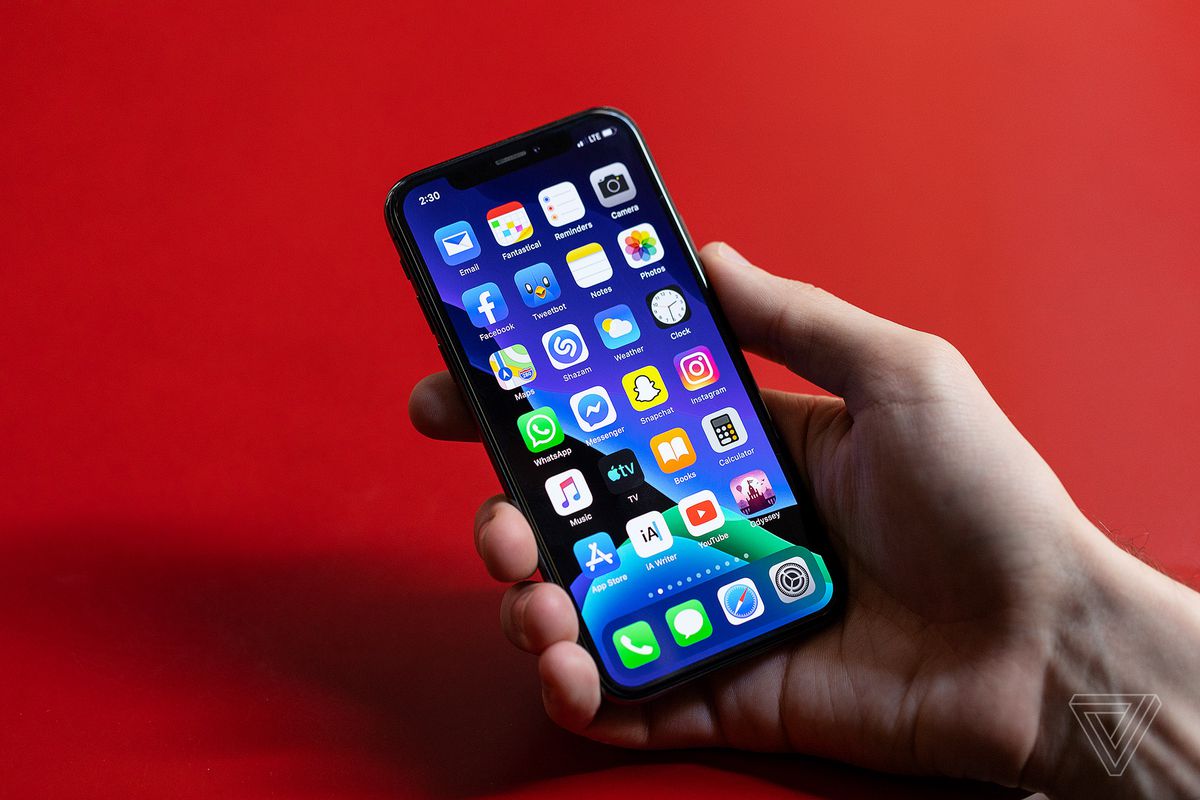 Apple’s annual Worldwide Developers Conference (WWDC) keynote is happening on Monday, June 22nd, but in a very different form than usual, due to the COVID-19 pandemic.

The show must go on, so Apple will be presenting the entire conference in a new, digital-only format. The company is still expected to unveil the first look at the future of iOS, macOS, watchOS, and tvOS — the various suites of software that power all of Apple’s hardware.

The first look at the next generation of Apple’s software

The company may also be making an even bigger announcement than just the annual software updates: Apple is reportedly going to be using WWDC to announce a shift from Intel-based processors to custom-designed ARM chips for its Mac desktops and laptops. This would be a fundamental shift for Apple’s computer products as a whole.

Apple’s developer conference is also coming at a time when the company is under fire for its developer practices, like the limits it places on third-party applications and the 30-percent and 15-percent cuts it takes from app purchases and subscriptions sold through its store. The EU has opened antitrust investigations against Apple, even as Apple continues to enforce restrictive policies — most recently against the email startup Hey. Major developers like Spotify, Epic Games, and Match Group have become increasingly outspoken about Apple’s policies; if there’s any change coming, it’ll be announced here (or Apple will simply ignore the problem entirely).

With that all said, here’s everything we’re expecting Apple to announce this year.

The annual iOS update is, as usual, expected to be one of Apple’s main focuses this year, though a series of leaks — thanks to an early version of the software that made it out into the world earlier this year — have given a bit more of a preview than usual regarding what to expect.

Apple seems to be settling into a tick-tock development cadence with its iOS updates: the notoriously buggy iOS 13 followed the rock-solid iOS 12, which in turn fixed the problematic iOS 11. As such, iOS 14 is reportedly set to focus on performance and stability rather than adding new features.

There are rumors that Apple might be making the first substantial changes to the iOS home screen, the biggest since the company first added folders and custom wallpapers with iOS 4. The first major addition is said to be a new list view which, according to 9to5Mac, will offer an Android-esque view of all the apps on your device with a variety of sorting options — including Siri suggestions. iOS 14 is also rumored to bring new wallpaper settings that will loop in third-party apps for the first time.

But the biggest — and least substantiated — rumor of all is that Apple could finally be bringing proper home screen widgets to iOS, something the company has long refused to do (outside of showing the time and date on its Clock and Calendar apps).

In another first, Apple is reportedly considering allowing third-party apps to be set as the iOS defaults in place of the Apple-made alternatives. That could be a big deal, if it happens, especially with the spotlight firmly on Apple facing antitrust lawsuits in the EU over accusations that it favors its own apps and services.

It wouldn’t be a new version of iOS without some new apps, and Apple reportedly has several in the works. According to MacRumors, one of those is a new standalone fitness app codenamed “Seymour” (likely to be renamed “Fit” or “Fitness” in the final release) that would provide a variety of guided fitness videos for workout routines.

There are also reports of a new augmented reality app, codenamed “Gobi,” which would offer some unknown functionality built around new, Apple-branded QR-style codes.

And of course, there are the usual tweaks and improvements rumored to be coming in iOS 14. iMessage is rumored to be getting new @-mentions and the option to retract a message from a thread (both similar to features currently offered by WhatsApp).

Apple is also expected to launch a new “CarKey” feature that will let you use your iPhone or Apple Watch as an NFC car key to unlock your car. There are also new HomeKit features reportedly in the works, like the ability to automate color temperature changes for lights throughout the day. Plus, iOS 14 is rumored to add improved accessibility features for users with hearing loss.

There are rumors of improvements to iCloud Keychain, Apple’s built-in password management tool, which could be getting 1Password-like features to remind users to regularly change their passwords and support for two-factor authentication.

Lastly, Apple is said to be adding a new “Clips” API that would allow developers to offer small snippets of content from their apps without having to install the full application by scanning a QR code (similar features already exist on Android with Google’s Instant Apps and app slices).

Last year, Apple split off the iPad version of iOS into its own fork, iPadOS. Given that, at its heart, iPadOS is still basically iOS, expect most of the changes above for iOS to apply here too. That said, there are additional iPadOS rumors centered around the Apple Pencil. MacRumors claims that Apple is adding a new PencilKit feature that will automatically convert handwritten words into standard text. The new handwriting feature is said to work in any iPadOS input field.

Other changes, like mouse support, which were originally rumored for release with iOS 14, have already made their way to the iPad earlier this year with the release of iOS 13.4.

On the purely software side of things, Apple is reportedly adding the option to share customized watchfaces, along with a new Infograph Pro watchface and better parental control options.

tvOS now powers both the Apple TV and the HomePod, so any updates to either of those platforms may come here. On the Apple TV side of things, the same rumored Fitness app that’s expected to debut with iOS 14 is expected to appear here, too, and Apple is reportedly working on a Kids Mode for the streaming platform that would also loop in with Screen Time for monitoring how much time you spend watching TV.

For HomePod, the rumors that Apple may be easing up on default applications might also bring benefits here, like enabling third-party applications like Spotify to work on the smart speaker through Apple’s Siri voice assistant, according to Bloomberg.

Shockingly, there have been almost no leaks for the next version of macOS head of WWDC this year. The only major rumors are ones that are extended from iOS, with talk of a proper Catalyst iMessage app that could finally bring features like “sent with lasers” to the Mac app, and similar iCloud Keychain improvements.

But there’s still the biggest rumor heading into WWDC: that Apple could be unveiling its own ARM-based chips for the next generation of Mac laptops to replace the Intel processors its been using since 2006. In which case, expect to hear a lot about how the next version of macOS will support that transition.

Perhaps the most important piece of news that could come out of WWDC, Apple is reportedly planning to use this year’s developer conference to announce a switch to its own custom designed ARM-based chips, according to a report from Bloomberg.

According to the report, the change is motivated by Apple’s concerns about Intel’s performance improvements. The new ARM chips are said to offer markedly better performance for graphics and AI tasks, and are also more power efficient (meaning future Mac laptops could offer better battery life or cut down on their size even further). And of course, by not relying on Intel, Apple can design chipsets that are completely to its specifications, instead of relying on another company’s roadmap, a strategy that it’s deployed to great effect over on its iPhone and iPad devices, which have used custom Apple-designed chips since the original iPad and the iPhone 4.

That said, the new ARM-based Macs are still expected to run macOS, not iOS, although presumably sharing a hardware architecture would make it even easier to create ported Catalyst-style applications for the new Macs.

And even if Apple does announce a plan for ARM-based Macs at WWDC, it’ll probably be months before the actual computers arrive — rumors say that the first ARM Macs will be out in 2021 at the earliest. There’s precedence for this, too: Apple first announced that it would be shifting over to Intel chips from the PowerPC architecture at WWDC 2005, months ahead of the eventual release of Intel-based Macs in January 2006 in order to give developers time to prepare for the transition. That said, the change happened remarkably quickly — Apple had updated its entire lineup of computers with Intel-based versions by August 2006.

The iMac has been long overdue for a refresh — it’s been years since Apple updated its main desktop with a new design, and rumors suggest that we could be getting one at WWDC that cuts down on the bezels, expanding the display to 23 inches and offering a design closer to the Pro Display XDR that was announced last WWDC.

There are also rumors of a refreshed Apple TV, given that the current Apple TV 4K model (introduced in 2017) is getting a little long in the tooth. The updates aren’t expected to be too revolutionary, though: if it does show up, expect it to look pretty similar to the current model, although with double the storage (from 32GB and 64GB to 64GB and 128GB) and an improved processor.

One of the more thoroughly leaked Apple products of late, the Tile-like AirTags have been lurking at the edge of multiple Apple software leaks and rumors going back over a year, even showing up in an official Apple promotional video. The AirTags are expected to be circular discs that rely on the same U1 chips and technology introduced in the iPhone 11 to offer an augmented reality interface to find missing items with high levels of precision. They’ve shown up plenty in previous iOS builds, but will they finally make an appearance at WWDC 2020?

As always, WWDC is an Apple event, and given the chaotic nature of 2020 — with product announcements and release dates increasingly all over the place due to supply chain disruptions and delays — there’s a good chance that anything could happen. While WWDC does tend to focus on software and developer announcements, big news has happened in the past here. Whatever does get announced, keep it locked to The Verge to find out as soon as it happens.