Aquarium asks that you please FaceTime these shy eels from quarantine 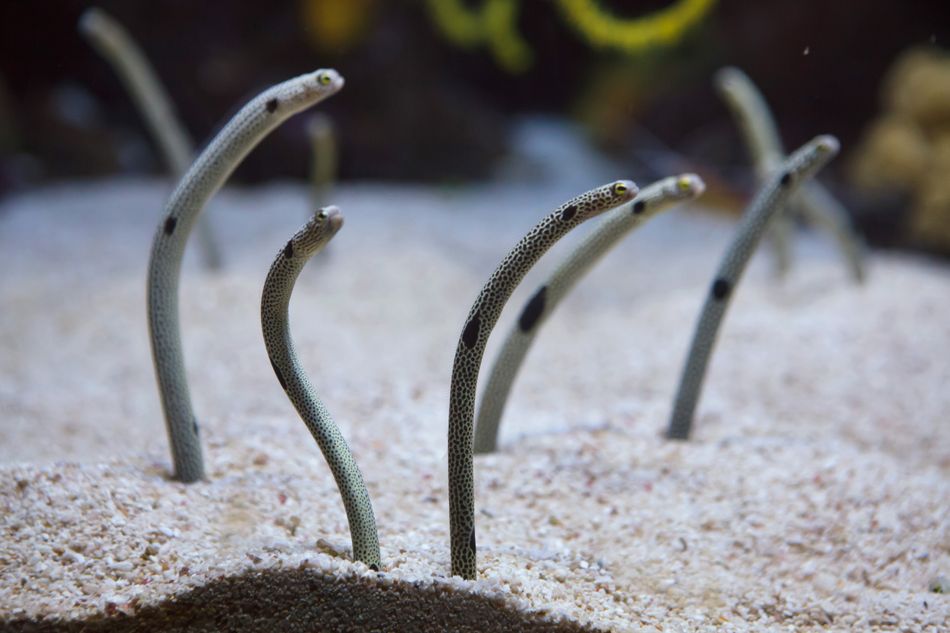 Social distancing has been hard for everyone, even the eels at Tokyo’s Sumida Aquarium.

Since the aquarium closed to the public on March 1, its nearly 300 spotted garden eels have apparently been getting “used to a non-human environment and have forgotten about people.” Now, whenever the aquarium staff comes around, the eels act especially shy and bury themselves in the sand.

On April 28, the aquarium shared a post on its website to explain that the eels’ behavior is concerning — not only because the eels are starting to revert back to their cautious wild nature, but also because hiding from humans makes it difficult for keepers to know if the eels are healthy.

In hopes of reminding the eels what their human-filled, pre-quarantine lives were like, the aquarium announced a “Face Show Festival,” during which people can call in to meet the eels via FaceTime.

The aquarium plans to install five tablets around the eels’ tank and give people the opportunity to virtually keep them company from May 3 to May 5.

If you want to take part in the efforts to re-familiarize these shy garden eels with humans, the aquarium asks that you keep things quiet on the FaceTime call. Virtual visitors can wave, show their faces, and speak quietly, but the aquarium warned that any loud noises could scare and upset the creatures.

So if you find yourself bored in the house over the next few days, why not grab your phone, iPad, or laptop, and quietly and respectfully FaceTime some eels? These little guys need your help.