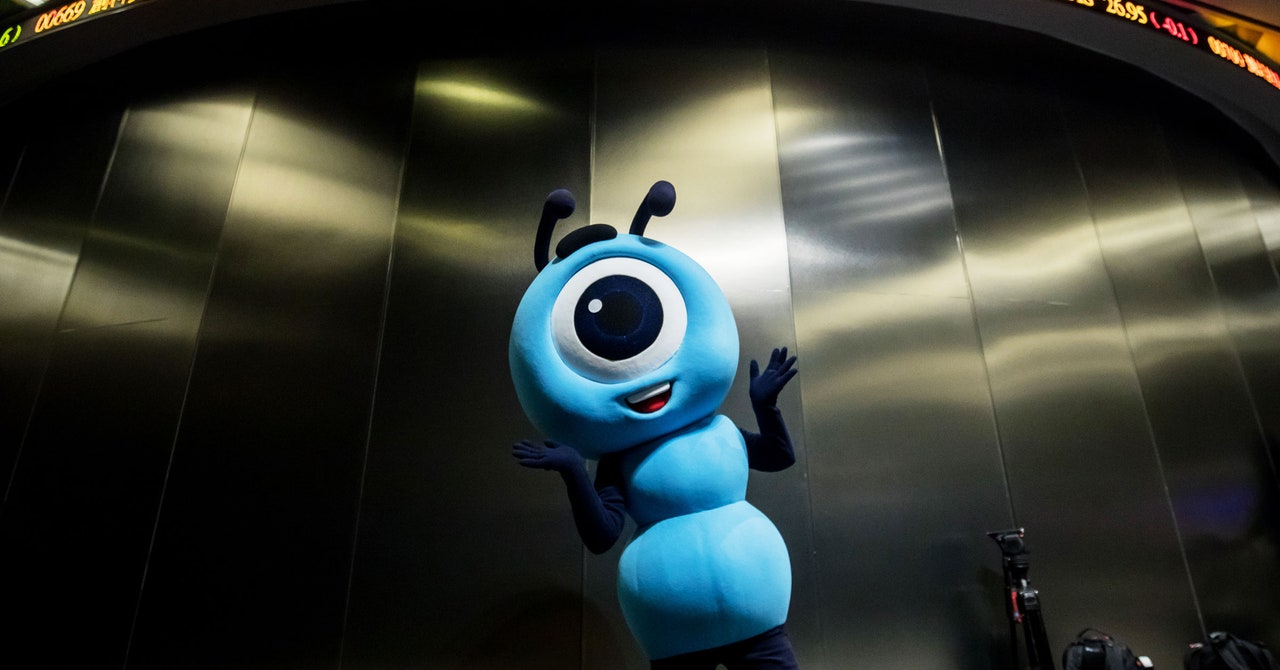 Li Xian, who works at a publishing company in Shanghai, says the Chinese mobile-payments app Alipay is indispensable. Over the past week she’s used it to order and pay for dinner through a delivery service, buy movie tickets, pay her utility bills, and rent a bike. “It’s my lifeline,” Li says. “I can’t remember the last time I used cash.”

She is far from an outlier. More than 711 million people and 80 million merchants use the Alipay app each month, generating RMB118 trillion ($17.4 trillion) in payments over the 12 months ending June 30. Alipay has helped make cash almost obsolete in big Chinese cities, with even the smallest shops, restaurants, and market stalls accepting payment via QR codes shown and scanned at the point of sale.

Alipay also offers a bewildering number of features built around payments. In many restaurants, for instance, you can scan a QR code to bring up the menu, then order food from Alipay without ever seeing a server. You can hail a taxi, send packages, add minutes of service to a cell phone plan, even set up a video consultation with a doctor, without leaving the app. Alipay offers deals from Taotao, a sister ecommerce site, tailored to an individual’s tastes and habits. “I think Alipay tries to cover every bit of our lives,” Li says.

Ant Group, the company behind Alipay, is now headed for perhaps the biggest initial public offering of 2020. The IPO will highlight China’s strides in combining money and technology, and efforts to export that approach across the world. Around 65 percent of all Chinese use digital wallets, more than anywhere else in the world; Alipay accounts for 55 percent of them.

Western companies are following Ant’s lead. Apple Pay, Google Pay, PayPal, and others provide smartphone payments via near-field communications and QR codes. Startups such as Affirm and LendUp offer loans in the US based on social media and other personal information.

Maximilian Friedrich, an analyst with ARK Invest who studies innovation in payments and finance, says Square’s Cash App seems to borrow from Ant’s model, offering banking and investments as well as mobile payments. But nothing rivals Ant’s scale and reach, its integration with Chinese ecommerce giant Alibaba, or how it leverages artificial intelligence.

But Ant also faces some big questions. In China, it is the subject of government scrutiny for its broad reach and competition with government-run banks. Its approach to mining personal data, and perceived ties to the Chinese government, may raise privacy concerns, especially as it expands overseas. And Ant’s success and footprint abroad could run into an increasingly hostile US policy toward China. Ant declined to comment for this article.

Beneath Alipay’s convenience is a strategy that uses artificial intelligence and troves of personal information. When renting a bike or a car with Alipay, for instance, the app may assess whether you need to pay a deposit by analyzing both a conventional credit score and some unconventional signals, including your friends, what apps you’ve installed, even how often you recharge your battery.

“AI technologies are everywhere in Ant’s business,” says Hui Chen, a professor at MIT who has worked with the company on research projects.

Chen points to MYbank, an Ant subsidiary that offers small business loans through Alipay. The unit uses a risk management model with over 3,000 variables, some of which are updated in real time, he says. The system uses computer vision, voice recognition, natural language processing, and financial forecasting, Chen says. “They can make loan decisions within minutes and with zero involvement of human bankers.”

Alipay was launched in 2004 by Alibaba, the Chinese ecommerce giant founded by Jack Ma, to hold funds until transactions are finalized. At a time when few people owned credit cards and cash was still commonplace, this helped encourage ecommerce to take off. Alipay also became a way to verify a seller’s trustworthiness.