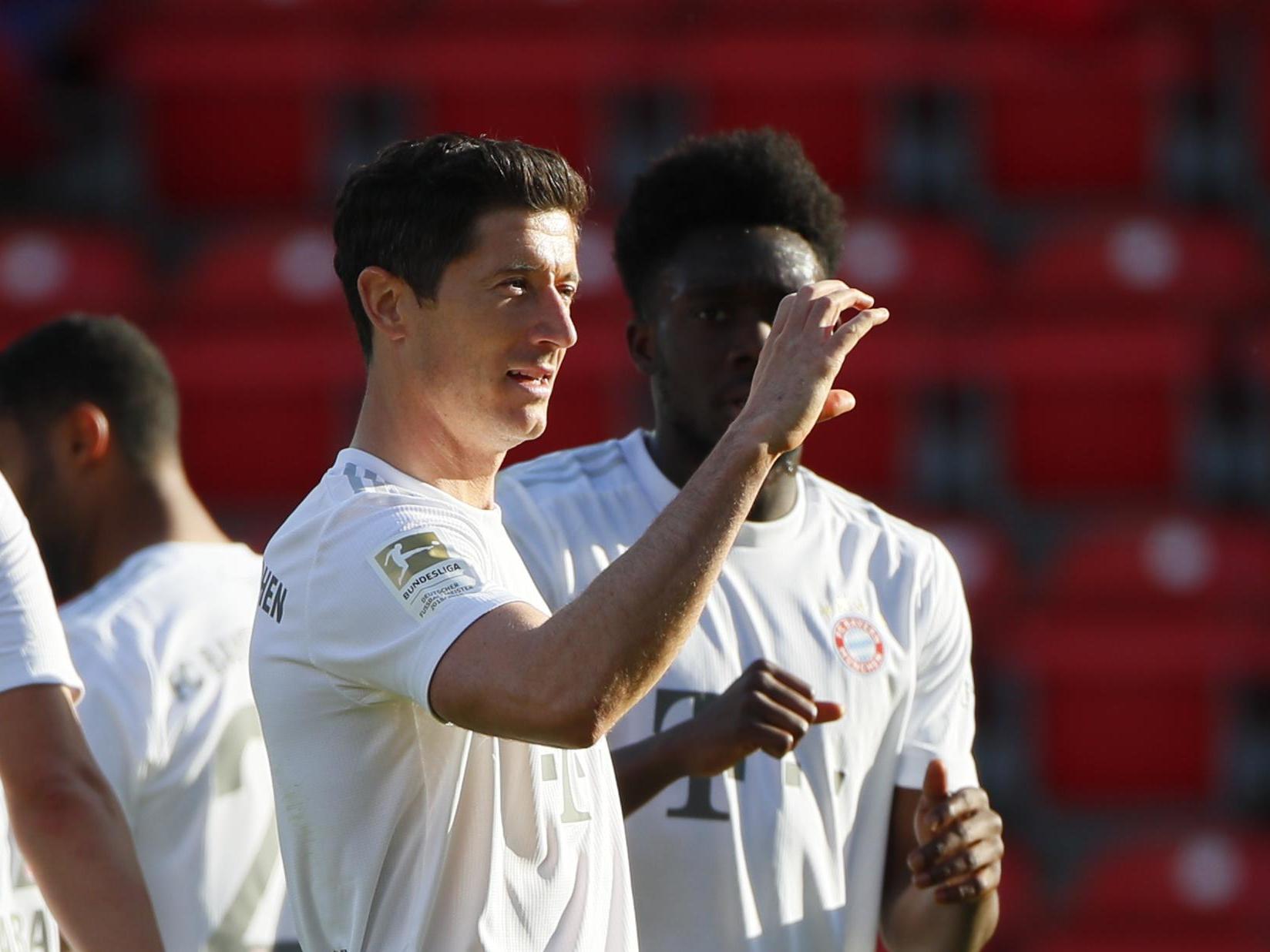 On a run of 11 wins in their their last 12 Bundesliga matches, the league leaders must now face a side edging closer to the wrong end of the table – and arguably more dangerous than ever as a result. Don’t miss a moment of this crucial game with our guide: here’s how to get a Bayern Munich vs Eintracht Frankfurt live stream and watch the Bundesliga fixture from anywhere in the world today.

Today’s game takes place behind closed doors at Bayern’s Allianz Arena. Kick0-off is at at 6.30pm local time (CEST). That means a 5.30pm BST start in the UK and a 12.30am ET / 9.30am PT swhistlein the US – where Fox Sports provides coverage and can be streamed as part of a FREE 1-week Hulu trial in most of the country.

Despite it being a scrappy encounter at times, Bayern were nevertheless comfortable 2-0 winners on the road at Union Berlin last weekend. The irrepressible Robert Lewandowski was on target from the spot, with French star Benjamin Pavard making the game safe in the 80th minute to keep up their Bundesliga winning form.

While boss Hans-Dieter Flick would ideally like to field his best side, he’ll have one eye on Tuesday’s potential title decider against Borussia Dortmund and may opt to ring the changes for today’s clash.

Frankfurt will have been hoping the enforced break would help them regroup, after a worrying slide towards the relegation spots – but defeat against Borussia Monchengladbach last weekend was their fourth in succession and has cranked up the pressure once more.

Their unenviable task to get back on track against the league leaders won’t be made any easier by the loss of midfielder Dominik Kohr, who is ruled out for Saturday’s game through suspension.

It’s a huge game for both sides – so check out our guide below and find out how to watch a Bayern Munich vs Eintracht Frankfurt live stream today.

If you’re abroad this weekend but still want to watch coverage of the match from your home broadcaster, you’ll need a VPN to do so. That’s because your normal coverage will be geo-blocked.

A VPN allows you to change your IP address so you appear to be in a completely different location. We’ve tested hundreds of VPNs and can recommend ExpressVPN as the best VPN service currently available.

BT Sport has the UK rights to the Bundesliga and will be showing EVERY match on TV and online for the remainder of this pandemic disrupted season.

BT Sport is available as part of the provider’s wide range of TV and broadband packages – as well as being offered as an add-on with Sky. Subscribers can therefore stream games either on the BT Sport website or by using the BT Sport app.

Saturday’s match in on BT Sports 1, with coverage beginning at 4.45pm ahead of a 5.30pm BST kick-off.

How to watch Bayern Munich vs Eintracht Frankfurt: FREE live stream details for the US

In America, Fox Sports is the TV home of the Bundesliga with live games being shown across a combination of FOX Sports 1, FOX Sports 2, FOX Deportes, FOX Soccer Plus and Univision Deportes each match week.

Bayern Munich vs Eintracht Frankfurt will be broadcast live on Fox Sports 1 along with FOX Soccer Match Pass, FOX Deportes and Foxsports.com, with kick-off at 12.30pm ET or 9.30am PT.

Assuming you have cable, you’ll be able to watch on Fox either at home, online or on the network’s Fox Sports Go app for tablets, smartphones, and other devices.

Anyone who doesn’t have cable but wants easy access to Fox Sports may want to consider Hulu. The popular streaming service’s Hulu + Live TV package typically includes the two main Fox Sports channels, FS1 and FS2 -check your local availability here – and offers a FREE 1-week trial so you can see if it’s the right option for you.

In Canada, subscription TV channel Sportsnet World has the rights to show the Bundesliga, but if you don’t have that, you can sign up to its Sportsnet Now streaming service to live stream all the Bundesliga matches Canada has to offer in HD.

However, if you want to watch while away from Canada, your best bet is to fire up a VPN and access the coverage.

Kick-off for Bayern Munich vs Eintracht Frankfurt in Canada on Saturday is at 12.30pm ET / 9.30am PT.

How to live stream Bayern Munich vs Eintracht Frankfurt in Australia

To watch crucial Bundesliga match in Australia, then you’ll need to be a subscriber to beIN Sports who have exclusive live coverage rights to the German top flight for the remaining games of this season.

Saturday’s clash between Borussia Monchengladbach vs Bayer Leverkusen will be on beIN Sports 1 with pre-match coverage beginning at 1am and kick-off at 2.30am AEST in the early hours of Sunday morning – and don’t forget you can use a VPN as described above if you’re not Down Under as usual right now.

How to watch Bayern Munich vs Eintracht Frankfurt: live stream from New Zealand

As in Oz, beIN is also the sole rights holders for live coverage of the Bundesliga in New Zealand this season.

To watch Bayern Munich vs Eintracht Frankfurt tune in to beIN Sports 1, where kick-off is set for 4.30am NZST on Sunday morning.