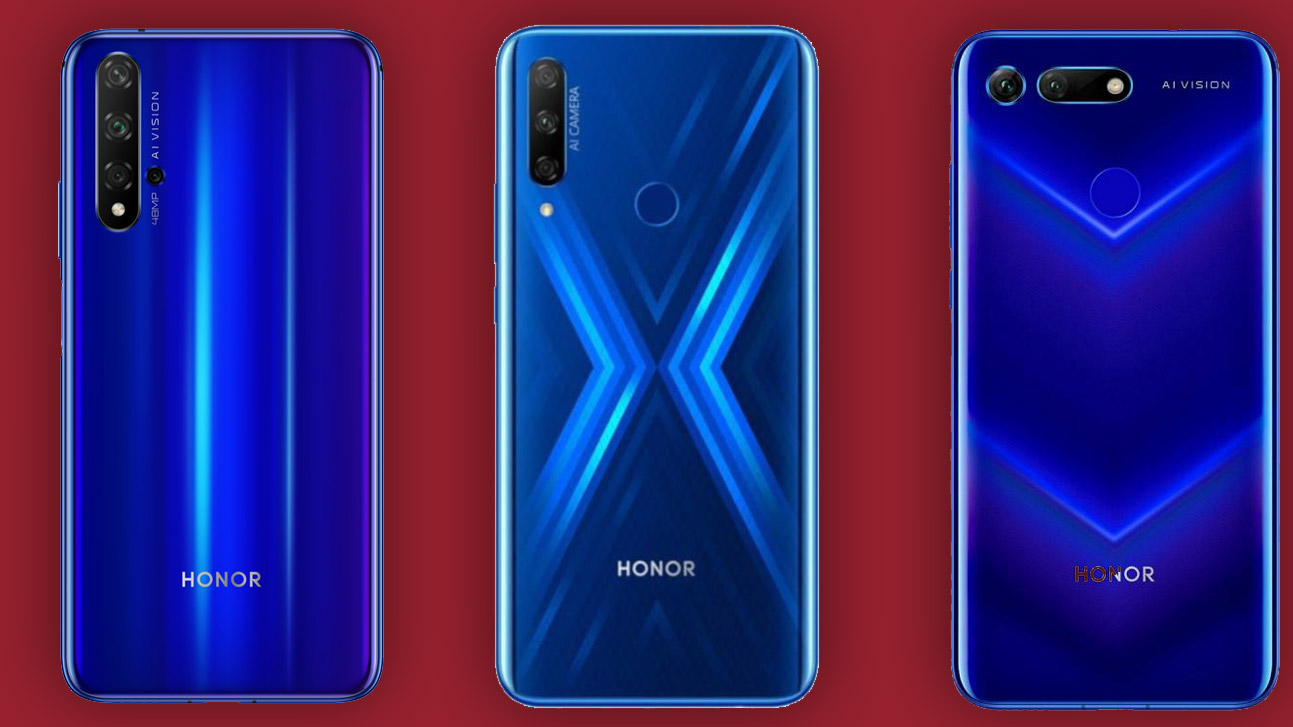 The best Honor phone you can buy in 2020 depends on your reliance on Google apps and services. Much like parent company Huawei, new Honor phones cannot run the Google Play Store and won’t fully work with Google services like your Google account.

But thanks to the Huawei App Gallery and new devices’ Petal Search that lets you download Android apps from other sources, you should be able to get all of the apps you need. Older Honor phones like the Honor View 20 at the top of this list still have the Play Store, so there’s no issue there.

Honor has a range of often blue phones at various price points, so there’s something for everyone and they often have the same specs and features as Huawei devices but at a cheaper cost. They also pack in decent camera features that are often aimed at a slightly younger audience, but like any Android phone they’ll work well in anyone’s pocket.

To make things easier here is our definitive ranking of the best Honor phones right now. Make sure to check out our full reviews of each one to see if they will be the right phone for you.

Best Honor phones 2020 at a glance

The best Honor phone you can buy right now

No wide or zoom rear lenses

That finish is an audience-divider

The Honor phone that tops our list right now is the Honor View 20, technically released first in China in late 2018 and then globally in early 2019.

This was one of the first smartphones with a punch-hole front camera cut-out, and also one of the first handsets with a 48MP rear camera, so its certainly a piece of history. But it’s also a decent phone in its own right too.

Sure, some may call the phone’s back ugly, but others might not mind – and even like it. At the end of the day, it’s not like you’re going to be looking at it that much anyway.

Arguably Honor’s most ‘premium’ phone on this list is the Honor 20 Pro, which is certainly at least the top-end version of the 20 line (which, confusingly, the Honor View 20 isn’t part of).

The phone has four high-quality cameras on the rear including one of the first macro lenses on a smartphone, and its front-facing snapper is great, too. it’s also a good-looking phone with decent specs and features.

Sure, it might be a little harder to get a hold of than its non-Pro version (featured lower on this list), but it’s definitely worth looking into if you want a great Honor phone.

The Honor 9 isn’t exactly a new phone, but it’s still an impressive all-rounder, and it’s now decidedly affordable thanks to being a little older. The phone has two decent cameras, and is more compact than other devices on this list, so if you want a smaller phone this might be the one for you.

Sure, it’s not the most premium phone in a lot of ways, as it’s got a lot more bezel than you’ll find on most other Honor and other modern phones. That doesn’t matter to everyone, though, so if you don’t want to break the bank but want an Honor phone, this is a decent contender.

Unrelated to the Honor 9

Has a pop-up camera

Cameras are okay, not great

The Honor 9X is part of the company’s X-series of affordable handsets (and is not, in fact, related to the Honor 9 from several years prior).

The phone has a pop-up camera and a large, all-screen display, with a camera array topped by a 48MP snapper and also a fairly large battery. In general, there’s a few decent features, but it’s really the price that should appeal to prospective buyers, as this is a fairly cheap handset.

The basic sibling to the Pro

Level of app bloat is ridiculous

If you don’t need the extra storage or better cameras of the Honor 20 Pro, you might find the Honor 20 is a good enough phone for you.

The device has the same design build and many of the same features as its Pro sibling, and you’re not getting a significantly worse phone despite the lower pricetag.

Saying that, our main pain points from the bigger device are still present in the Honor 20, so if that phone doesn’t look right for you, this one might not either.

The 2018 Honor flagship was the Honor 10, which was a decent smartphone (although its ranking below the Honor 9 from the year before should tell you something).

In many ways it’s an average Android smartphone, but we liked its fingerprint scanner and found the cameras pretty decent, too. It’s also more stylish than most other handsets, even from its heyday.

Before the V design struck

We were big fans of the Honor View 10 when it was released, and though it’s slightly older now, that doesn’t mean it’s any worse a device – just that its successors are better.

There are some strengths, and some weaknesses to the phone, but overall it’s decent for people looking for an all-rounder phone that’ll see them through normal use. It’s worth pointing out, though, that the price of the Honor View 10 hasn’t sunk as low as its contemporaries since release.

Honor’s Lite phones haven’t always been the most impressive devices, but they’re good enough for people on a budget who don’t need all the smarts and specs of the mid-range devices.

The Honor 20 Lite was seemingly just an iterative upgrade on its predecessor, the Honor 10 Lite, but there are a few improvements – enough so to make the phone worth considering over the 10 Lite at the very least.