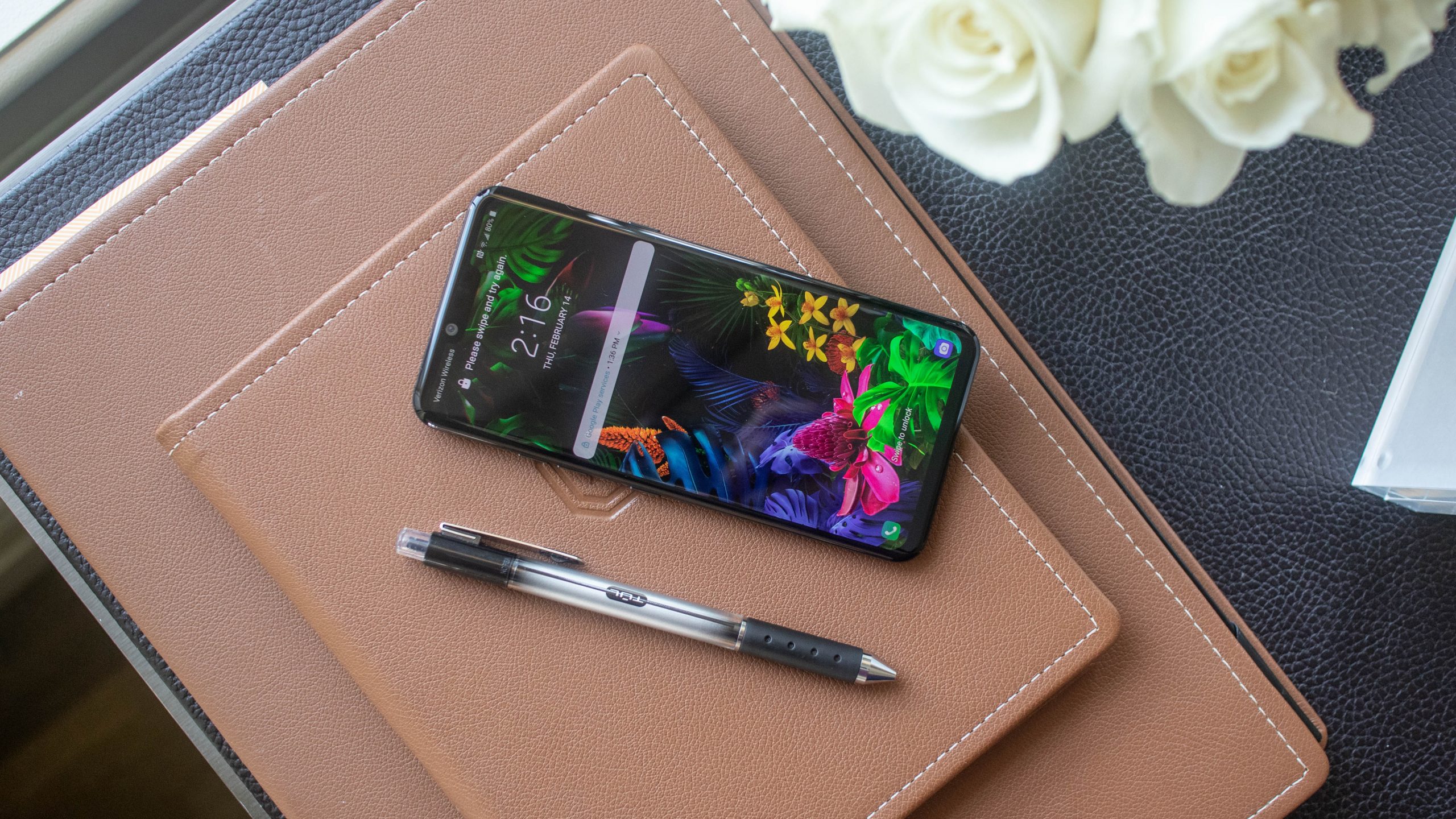 Finding the best LG phones is more difficult than it once was as LG is not the smartphone heavyweight it used to be. But it is unwise to discount the firm completely in 2020 as it is still making some excellent smartphones – they’re just a little hard to get hold of depending on where you live.

The company has recently changed its design language and marketing approach with the LG Velvet, a phone that will be the first to replace the longstanding G series devices. It looks sleeker and more modern than the recent V60, but it’s let down by performance issues and less than stellar cameras.

That’s why the V60 with its optional dual screen case is still the best LG phone going right now ahead of the older G7 and V40. These two older phones still perform admirably and can be picked up incredibly cheap brand new as LG phones tend to go down in price pretty quickly after launch.

This doesn’t mean they’re bad – it’s one of the perks of buying LG. You’re getting close to top tier specs to rival anything out there from Samsung, Huawei or OnePlus. The tricky part is actually finding the phones on sale, as the Velvet, for example, does not have an official UK launch.

The best LG phone, if you can find it

The LG V60 is the best LG phone for some time. It has a big, bright display that looks great, although it only has a 60Hz refresh rate – normal for most phones, but similar spec flagships like the OnePlus 8 Pro and Samsung Galaxy S20 have 120Hz, making them more fluid looking.

The V60 excels in battery life with a genuine two day battery life, top performance from the Snapdragon 865 chip and 5G compatibility. Most purchases also come with the Dual Screen case. It’s bulky, but adds a second screen so you can run two apps side by side or use it as a Nintendo 3DS-style game pad.

With a Quad-DAC headphone jack and superb video controls for the dual cameras, the LG V60 is a content creator’s ideal smartphone.

LG flagship quality with a bit of value

The LG G7 ThinQ is the latest in one of LG’s two flagship phone lines (the other being the V series). Although it has effectively been succeeded by the LG V40, the G7’s lower price and high-end specs help it win out.

The phone packs a powerful Snapdragon 845 chipset, giving it about as much horsepower as you could need. With 6.1 inches of high-resolution OLED display, it’s definitely pretty where it counts and gets extra bright, helping visibility in direct sunlight. It’s all rounded out by an glass front and back with a notched display; Overall, the design is uninspired, but serviceable.

While LG’s AI features are neat in theory, it’s really the flexibility offered by the wide-angle camera on the back that helps the device stand out. On the media side, the LG G7 has surprisingly  powerful speakers if you like to listen to music or podcasts directly from your smartphone.

The LG V40 ThinQ is to the G7 what the Samsung Galaxy Note 9 is to the Galaxy S9: a  similar yet bigger and slightly higher-spec sibling. The V40 has a 6.4-inch OLED display that’s both sharp and ready to display HDR10 content. On top of that, the phone features a versatile five-camera system with three on the rear and two on the front, even adding in HDR10 video recording.

Unsurprisingly, the LG V40 also runs on a Snapdragon 845 chipset, but comes with 6BG of RAM by default. The notched display is another feature it shares with the LG G7.

Audiophiles can enjoy the 32-Bit Quad DAC built in and the support for DTS:X surround sound. If you’re adventurous, the phone’s IP68 rating against water and dust along with its MIL-STD-810G shock resistance are reassuring, so you don’t have to worry as much about damaging your investment while out and about.

The Velvet is LG admitting its design had become a little stale, and so the company has delivered an attractive device with curved edges that make it seem slimmer even though the screen is the same size as the V60’s.

The phone has the Snapdragon 765 in Korea and the 765G in the US (both support 5G) but as ever with LG, it’s frustratingly difficult to get the phone in other countries so you might have to import. That’s a shame because there’s a lot to like here with solid performance, an improved software skin and a headphone jack, even though it lacks the Quad DAC of other LG phones so the sound quality isn’t quite as good.

Cameras are the phone’s downside, with noticeably iffy results from all lenses. The main sensor just about holds it together but the digital zoom is not great, and the ultrawide isn’t as good as we’ve come to expect from LG, the company who popularised the lens on phones.

The LG G8 ThinQ was LG’s attempt at a ‘futuristic’ phone – it has Hand ID that scans the veins in your hand to open the phone, and gestures that let you navigate the device just by waving your hand through the air above the phone.

Not all of these work perfectly though, and so the LG G8 ThinQ doesn’t exactly fill all its promises.

But the handset still has some great features, like a cutting-edge chipset and a vibrating screen that functions as a speaker, so you can do a lot worse than it.

LG’s first 5G phone, the LG V50 ThinQ 5G, is… well… it’s the LV V40, but with 5G connection, really. There are a few spec upgrades here and there, and it’s got all the dual-screen functionality that the previous phone had, but it’s definitely a very similar device.

So why is the LG V50 ThinQ 5G lower on this list than the V40? That’s because it’s being sold at a much higher price, which makes recommending it a tricky affair. It’s even more expensive than certain 5G phones, when it perhaps doesn’t justify it.

Saying that, it’s still an impressive device in a few ways, especially if you’re a fan of the dual-screen set-up, so it’ll be a useful device for certain people. And if you’re an LG fan who needs 5G connection, it’s your only option.

A decent price for two screens

The LG G8X ThinQ Dual Screen (what a mouthful) offers the advantages of a foldable design at a normal smartphone price. But unlike the actual folding displays of the Samsung Galaxy Fold or Motorola Razr, the G8 is a normal smartphone that ships with a clip-on second screen case.

This means it’s best for viewing two apps side by side, or turning the unit landscape to use as a controlpad for mobile gaming.

It’s not a smartphone design that many people are crying out for and it is quite niche, but with a Snapdragon 855 and double the screens, for the price the G8X might be the LG phone for you.