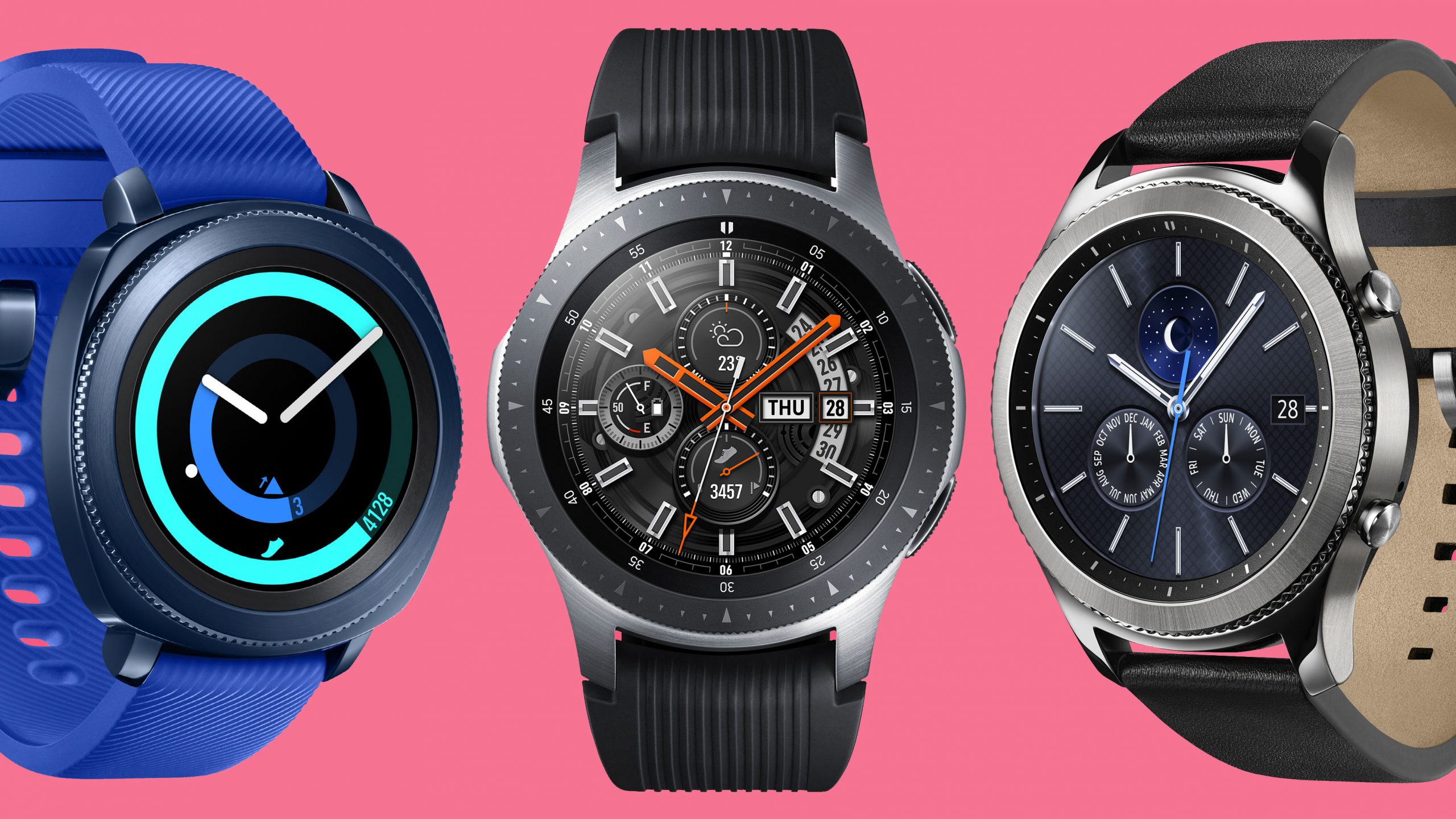 Samsung has a new contender for its best smartwatch crown, as it has launched the Samsung Galaxy Watch 3, a watch which builds on its predecessor with a sleeker design and new features such as fall detection. Has it taken the top spot in this list? Read on below to find out.

Beyond that though there are plenty of other great Samsung watches in our guide, and that’s no surprise, as Samsung is one of the very best smartwatch makers on the planet, competing against the greatest devices on the market including the likes of the Apple Watch 5, Garmin Fenix 6 and Fitbit Versa 2.

The company has been making smartwatches since 2013 when it introduced the square-faced and (by today’s standard) woefully lacking Samsung Galaxy Gear. We’ve seen various iterations of its wristwear over those last six years, and the company has since come into its own with its latest series of rebooted Galaxy wearables.

Tizen is the name of the software you’ll find running on these devices, and it offers a similar experience to the Apple Watch range and Wear OS watches.

Third-party app support is a little more limited on Samsung watches than on other choices, but a lot of the big apps like WhatsApp, Facebook and Spotify are available on these devices.

What is a 4G smartwatch?

Some smartwatches come with 4G connectivity (also known as LTE) that allows your watch to access the internet when you’re away from your phone.

This can be useful in some scenarios – think about how you may want to go running without your phone weighing you down – but you’ll also have to spend extra to get a 4G model.

So far, the only Samsung watches to include this feature are certain models of the the Galaxy Watch and Galaxy Watch Active 2.

Unlike the Apple Watch, you’ll be able to use this with Android devices (but it’d also work with an iPhone too). Samsung watches generally offer strong battery life too, as well as a plethora of top-end features.

Below we’ll walk you through the very best Samsung watches that you can buy right now. Perennial favorites like the Samsung Galaxy Watch and the sportier Galaxy Watch Active 2 feature on this list, and we take into account what you can do with each watch, its design, the price and much more when curating this ranking.

Our best smartwatch in the world right now

Battery could be better

The Samsung Galaxy Watch 3 was a long time coming but worth the wait, as it betters its predecessor (the original Galaxy Watch) in a number of ways.

It’s a slimmer, lighter and all-round better-looking wearable, but while it looks classy enough for the fanciest of affairs, the Samsung Galaxy Watch 3 is also an excellent workout companion, with numerous workout modes, many of which can trigger automatically, plus GPS, a heart rate monitor, VO2 Max readings, sleep and stress tracking, fall detection, and water resistance.

The Samsung Galaxy Watch 3 even sports an electrocardiogram and blood pressure monitoring – though neither of these are active in most regions at launch.

The Watch 3 also has a bright, crisp, circular screen that’s easy to read in all lighting, and thanks to the wearable’s rotating bezel it’s also easy to navigate.

Despite all its good points the Samsung Galaxy Watch 3 isn’t a perfect wearable – it’s expensive, and the battery life could be better. But it is a very good wearable, and a real rival to the Apple Watch.

What the original Galaxy Watch Active should have been

Samsung’s Active line of devices are designed to be slimmer than the Galaxy Watch and therefore more appropriate for those who want a device specifically for working out. How is it slimmer? It has dropped the rotating bezel that you find on the Galaxy Watch.

The company has instead included a digital rotating bezel that you can run your finger around to navigate through features on the watch. It doesn’t have the tactility of the bezel on the device above, but we found the feature to work well nevertheless.

If you’re after a sporty smartwatch and you want one that comes from Samsung you’ll like this as it’s comfortable to wear when you’re working out. It features a heart rate monitor, can automatically track workouts, there’s GPS and there’s also storage so you can upload tracks to your watch and listen on Bluetooth headphones. If you don’t want to do that manually, you can use the Spotify app on Tizen instead.

It features a 1.2-inch 360 x 360 display, which may sound small on paper, but we found it big enough to interact with and apps looked great on the screen.

While its list price increased nominally (into older Apple Watch territory), the Active 2 is still more affordable than the most expensive smartwatches on the market. If you’re after a smaller watch that will suit both working out and everyday wear, the Galaxy Watch Active 2 is a great choice.

For a long time the original Galaxy Watch was Samsung’s best smartwatch, and it remains a very good one.

It comes in two variants. If you’re looking for the largest watch, you’ll want the 46mm version that comes with a bright 1.3-inch display. Then there’s also the smaller (yet thicker) 42mm variant.

Both watches feature a rotating bezel that you can spin to navigate through menus and certain features on the smartwatch. It’s a more tactile way to travel through the watch’s operating system and features.

Both versions of the Galaxy Watch also feature Samsung Pay – that’s a service that allows you to make mobile payments from your wrist – as well as GPS for tracking your location.

The design is also waterproof so you can track swimming, and we found the fitness features to be impressive considering this is a premium looking timepiece as well. The larger version of the watch also comes with around four days of battery life from a single charge.

This device isn’t dissimilar to the one you’ve just read about above, and that’s mostly because it only came out six months before the Galaxy Watch Active 2.

You can still buy the original Galaxy Watch Active, but it lacks mobile internet or the digital rotating bezel that we’ve seen on the newer version of the smartwatch that you’ve just read about.

You may still want to consider it instead of the Active 2 as you can offer find it for less now there’s a more recent device from Samsung.

It still offers strong battery life and the same set of fitness features that you’ll find on the device above, so if you find this for a more affordable price you may want to opt for the older Watch Active.

Cheaper (but lesser) than the Galaxy Watch

GPS can be erratic

On paper, the Samsung Gear Sport doesn’t sound all that different to the Galaxy Watch but if you were to compare the two watches you’ll notice a lot of differences.

The company smoothed out a lot of the problems with the Gear Sport, but you may be fine with them considering how discounted the price of the Gear Sport now is.

A lot of what you get on the newer generation is here alongside the latest in Tizen software, so you’ve got access to all of the apps that you’ll get on products like the Samsung Galaxy Watch.

The screen on the watch is large and easy to navigate around. The watch can track your location when you’re running, and you can upload music to your watch and listen to it through Bluetooth headphones; overall there’s lots to love here.

If there’s a big downside, it’s that the overall visual design isn’t as slickly implemented. All of that said – it’s still a good-looking watch that you may want to have on your wrist if you”re after one of the best Samsung watches but you don’t want to spend lots of money.