Best smartwatch 2020: the top wearable you can buy in the Middle East 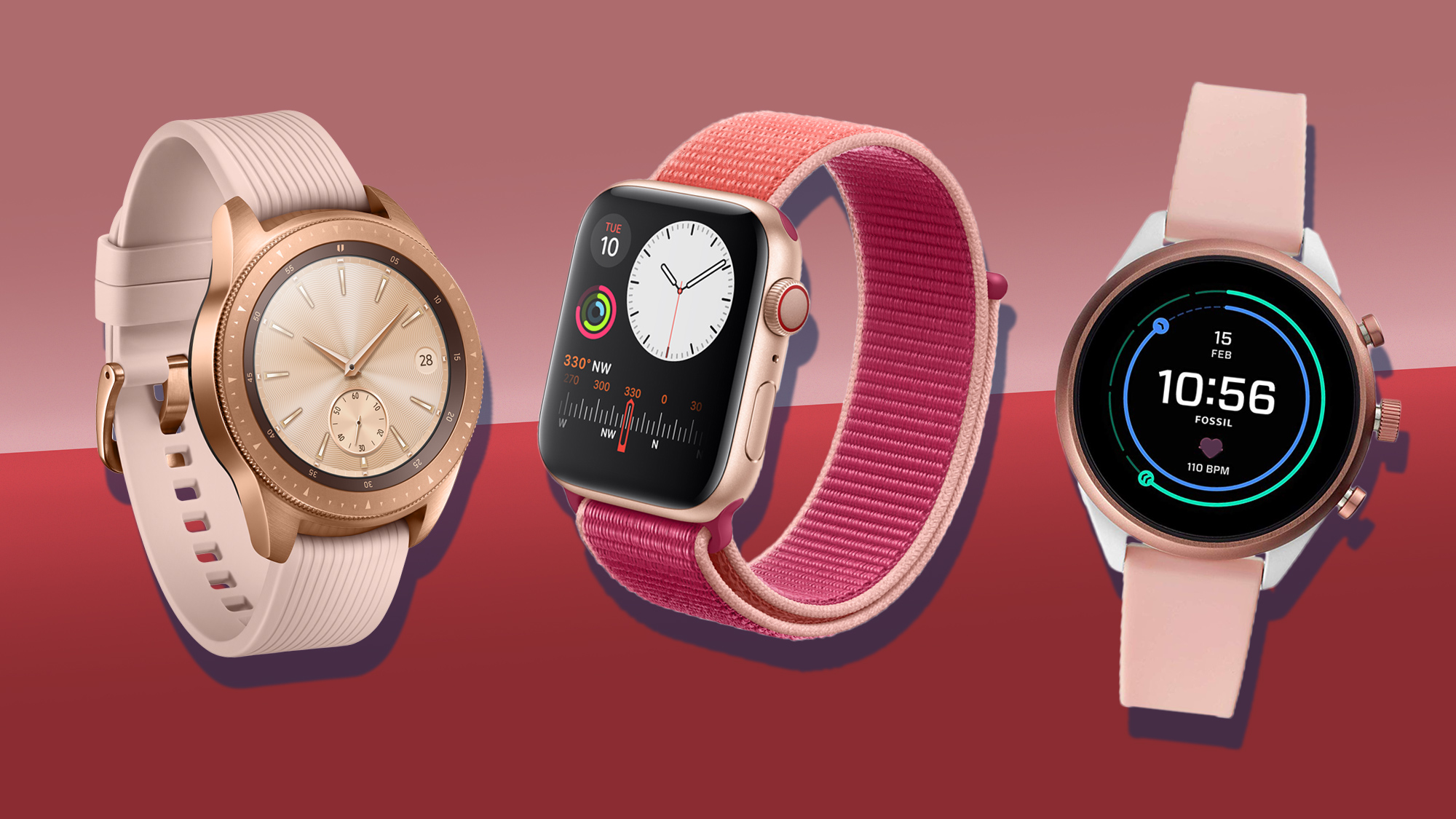 Today’s best smartwatches can perform lots of tricks, like searching the internet with your voice, tracking your location with GPS or even monitoring your heart rate to protect your overall health. These will likely work best when paired to one of the best smartphones on the market, but some of the models even work without a phone in tow.

We’ve tested the vast majority of the top-end wearables you can buy right now from the Apple Watch to Fitbits to Garmin watches to Tizen-sporting Samsung watches. There’s also Wear OS (you may have known that in its previous incarnation called Android Wear) which is Google’s own wearable operating system in the vein of Apple’s watchOS – you’ll see it show up in a lot of these devices.

During our review process, we take into account the design, features, battery life, spec, price and more for each smartwatch, rank it against the competition and enter it into the list you’ll find below.

Some of the high-end smartwatches might be reduced, especially older versions of recently-update devices – like the Apple Watch 3 or Apple Watch 4 – these may not be the latest models, but they’re still great smartwatches in their own right. Below you’ll find our full ranking of the very best smartwatches money can buy.

Our best smartwatch you can buy right now is from Samsung, and instead of opting for the expected Gear S4 name it’s called the Galaxy Watch. Following on from the Gear S3 series and the Gear Sport in 2017, the latest Samsung Watch is much improved.

We’ve tested out the larger 46mm version of the watch and it comes with a phenomenal four day battery life even when you’re using it extensively. That’s impressive considering a lot of other watches on this list last a day or so from a single charge.

The rotating bezel remains a highlight of navigating around the Tizen OS on the watch, and the interface is one of the easiest to pick up that we’ve seen on a smartwatch.

Apps available on the watch are more limited than Wear OS or watchOS – two rival smartwatch operating systems – but it still offers the core basics and Samsung had provided a watch that’s good at fitness as well as sporting a great design and lots more functionality too.

Apple hasn’t taken the top spot in our best smartwatch list, but this is the best device you can get if you own an iPhone. It works seamlessly with Apple’s phones, and it’s well worth considering if you plan to stick with the iPhone range for at least a few years.

There aren’t many huge upgrades over the Apple Watch 4, but the main change is it comes with an always-on display for the first time. That means you won’t have to raise the watch to see your key stats, and instead it’ll display most of the information you need on a dimmed screen.

The design is similar to the Apple Watch 4 – a look that we loved – so you’ll get a larger display than earlier iterations of the device, and it comes in either 40mm or 44mm sizes.

All of the fitness features you’d expect come on this watch, and that includes a variety of top-end features such as the ECG monitor, GPS tracking, impressive heart rate monitoring and more.  If you’re looking for the very best Apple Watch, this is it… it’s just not our favorite smartwatch money can buy.

Adding in a digital rotating bezel for a nominal price bump

Samsung shrank the best parts of the the Galaxy Watch into this sportier smartwatch that’s slimmer, lighter and, arguably, more comfortable – then released a second version months after the first that included a few coveted features, including a rotating digital bezel and LTE version.

Overall, not much has changed – which isn’t a bad thing, as it’s still a quality smartwatch at a decent price. Galaxy Watch Active 2 features a 1.2-inch 360 x 360 display that is bright and beautiful yet small enough to be strapped around your wrist than a lot of the other devices in this list.

It still comes sporting all of the top-end fitness features you’d expect from Samsung’s Tizen watch range, with 39 workout modes, a heart rate and ECG sensor, and health app with stress and sleep monitoring. There’s even a way to monitor your blood pressure, but that won’t be activated for some time.

While it’s still more affordable than the leading Apple Watch, the price was bumped up from the original Watch Active, shrinking its value compared to the competition. It’s certainly not a cheap smartwatch, but when compared to the original RRP of the Galaxy Watch you may prefer to opt for this version that’s remarkably similar.

GPS can be slow

Fossil has developed a lot of expertise in the wearable tech space over the last few years, and this has all culminated in the best smartwatch the company has made so far.

The Fossil Sport is a top-end watch with a lower price tag than the two devices above in this list. It features GPS, a lightweight – yet premium – design and at least two days of battery life from a single charge.

Fossil has packed a Snapdragon Wear 3100 chipset inside, which is the latest update from Qualcomm that offers a smoother experience than you’ll get on a lot of older Wear OS watches.

It doesn’t sport any truly unique features, but the overall package of the Fossil Sport may be the best watch for you. That’ll especially be the case if you’re looking for a fitness watch that comes with Wear OS software and won’t look odd on your wrist when you’re going about your day.

No NFC for payments

One of the cheapest devices on this list, the TicWatch E2 is from a relatively small brand called Mobvoi but it has made a big splash with its latest couple of smartwatches.

The E2 is waterproof, comes with great battery life and it’s all available for an affordable price. You probably won’t fall in love with the design of this watch – it’s not particularly premium – but we like the look considering how much it costs.

For health, the watch comes with built-in GPS, an accurate heart rate sensor and sleep tracking. All of the fitness features you’d expect are here, but make sure you note that it won’t be able to do contactless payments as there’s no NFC onboard.

Don’t like the design? There’s also the TicWatch S2. That’s a remarkably similar watch to the TicWatch E2, but it comes with a slightly more rugged look for adventurers who want a watch that can take a beating. Check this out if you’re happy to spend a bit extra.

The watch with two screens

One of our favorite Wear OS watches is the TicWatch Pro, which you can use with either an iPhone or with your Android phone. You may not have heard of TicWatch before, but the latest from the company it a top-end watch with a unique dual-screen feature.

There are two displays on this watch – one layered on top of the other. On the top is a transparent LCD display that can display the time, your heart rate and more when the battery is low.

Below that is a bright and bold full color OLED screen that will give you all of the benefits of Wear OS. That means you can have a normal smartwatch, which we found would last around two days, and then have the time and some other features still available when your battery is running low. Plus the low power mode also lasts for a whole 30 days too.

In terms of smartwatch features there’s GPS, NFC for Google Pay, Bluetooth for listening to music and the top Qualcomm Snapdragon Wear 2100 chipset in here running the watch as well. Then there’s the price, which undercuts a lot of the other watches on this list.

The Fitbit Versa 2 is the latest part-smartwatch-part-fitness tracker from Fitbit, one of the most famous wearable companies about.

The Versa 2 brings a host of upgrades to the original Fitbit Versa, including an always-on display, Alexa integration, and a slightly smaller body.

However if the original Versa wasn’t quite right for you, the Versa 2 may not be the best either, as it’s still fundamentally the same device, and it lacks some of the trappings of different smartwatches, like GPS functions or offline Spotify.

But for general wearable fans, the Fitbit Versa 2 is a good option, and it’s more affordable than some of the other options on this list too.

Once the best Apple Watch money could buy

This is remarkably similar to the Apple Watch 5 that we’ve spoken about above, but it’s easy to forget how much of a big change 2018’s addition was for the Apple Watch range.

The Series 4 comes with a larger display than preceding smartwatches, and thanks to the release of the Apple Watch 5 it’s now much cheaper. It comes in either 40mm or 44mm sizes, and the screen on both of these versions is much larger than you’d get from a lot of other watches.

The most exciting tech here is the fact there’s an ECG feature within the heart rate tracker. It can test your heart to see if you’re at a high risk of atrial fibrillation, which will allow you to seek help earlier if your health is in danger.

There are tons of fitness features, the latest watchOS onboard and more. Just note that this won’t work with an Android phone, so it’s only an option for those who have an iPhone.

The Fitbit Ionic was always going to be a tough move for the brand, trying to enter the world of smartwatches from fitness bands.

The effort succeeds in some places: namely fitness, as you might imagine, where you can track all manner of things, from running to weight lifting to swimming. There’s also dedicated bodyweight coaching sessions in there, and you can pay for items on the go using Fitbit Pay.

When it first launched, the price was super high and it was a bit too expensive to wholeheartedly recommend. The good news is the price seems to have dropped in recent months so you can get it for at least $70/£70 cheaper than the RRP.

If you’re a Fitbit fan looking to do more than you get on an average band, this is a nice option.

2017’s best smartwatch is now cheaper than ever

LTE is an unnecessary expense

Battery too short for sleep tracking

The Apple Watch 3 (or Apple Watch Series 3, if you’re picky) was once the very best smartwatch, but it has since been bumped down by the introduction of the Apple Watch 4 and 5.

The Apple Watch 3 is essentially just the Apple Watch 2 frame with some new innards… but those upgrades made a huge difference. The main highlight now is that the price is so low that it’s the equivalent of many other popular, affordable smartwatches.

The LTE connection was the headline event at the time of release, although that’s not really as useful as some might hope.

It’s water-resistant so you can swim with it and you won’t have to worry about getting it wet in the rain when you’re out for a jog. There’s GPS onboard to make running that little bit easier, plus it you can now upgrade to the latest watchOS too.

Best smartwatch at a glance:

Ready to buy? Here are the best deals for our best smartwatches