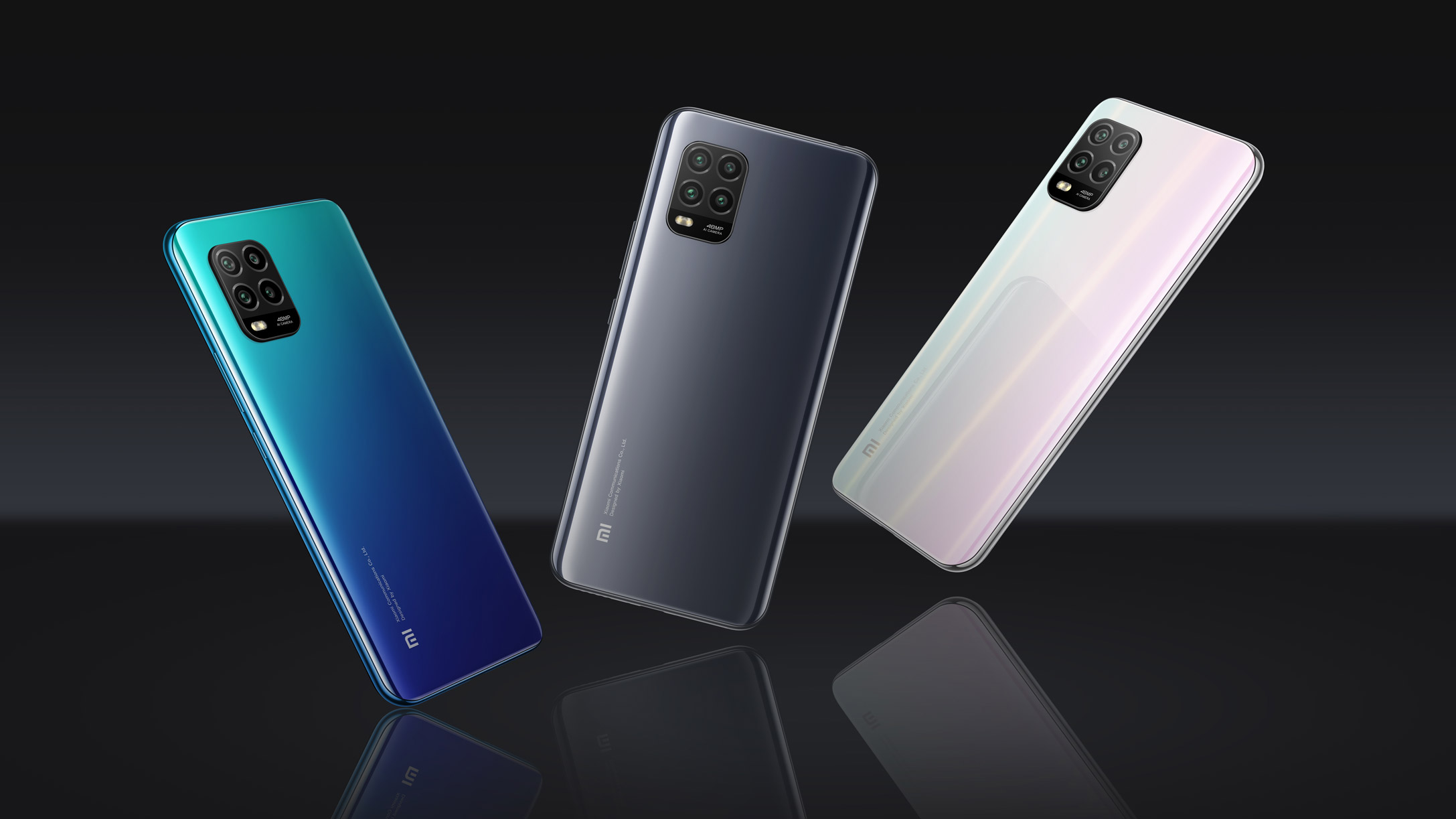 The best Xiaomi phones have impressive specs and specialities, yet sell for relatively affordable price tags – the Chinese company has come to be known with value and style, with phones that many prefer over the best from Samsung and Huawei.

Compared to some brands, Xiaomi is a relative newcomer to the west, so it’s impressive it’s built up such a keen base of fans. That’s just a testament to phones from the brand.

So if you’re looking for a new smartphone that gives you access to a range of top features and specs, but won’t break the bank, you’re in the right place. We’ve made this list of the best Xiaomi phones so you can compare which might be great for you.

Xiaomi markets its phones under mulitple brand names: Mi, Redmi, Pocophone and Black Shark; Mi tends to be its main mid-range brand, with Redmi its budget series, Black Shark putting out gaming phones and Pocophone doing… well, something, as the original Poco F1 on this list was a budget phone, but the Poco F2 Pro certainly isn’t.

We’ve got that latter phone in our labs to test right now, as well as a few other devices – one of the side-effects of the company putting out many phones is that it’s a hard task keeping on top of them all, and we’re not going to recommend you a phone if we haven’t tested it fully.

This list most recently saw updates with the addition of the Xiaomi Mi 10 and Redmi Note 8T, but it’s probably going to change very soon thanks to the launch of the Redmi Note 9 series which we need to test, as well as the Black Shark 3.

At the time of writing, our list is mainly populated with Mi smartphones, as that’s the brand Xiaomi has focused on in Western markets. However, the company seems to be ramping up releases of Redmi devices, and Pocophone handsets have proven popular too, so we could see a wider mix in the future.

Here’s our ranking of the best Xiaomi phones, including Mi, Redmi, Pocophone and Black Shark handsets, that you can buy right now.

The best Xiaomi phones of 2020 at a glance

The best Xiaomi phone you can buy now

If you want the very best phone Xiaomi has right now, the Mi Note 10 is what you need to look for.

Looking at the specs list and images, you’d be forgiven for thinking this phone was a top-end flagship phone, with a curved screen, 108MP main camera and huge battery pack. But then look down to the price and you see a phone that’s a third of the price of the biggest and best phones out there right now.

Sure, there are a few weaknesses that stopped us giving this phone a perfect score, but it was a close call, and using the phone for a variety of purposes is a treat.

The Xiaomi Mi 10 is the company’s best phone released in 2020 so far – it doesn’t take the top spot, because while it’s an improvement on the Mi Note 10 in a few ways, it’s also got some downgrades, and it costs more too.

The phone has an impressive and punchy screen, camera array led by a 108MP main snapper (albeit with some less-than-stellar companions), great 20MP selfie camera, long-lasting battery and design we were certainly fond of.

While our main issue with the Mi 10 is its price which seems a little too high, the phone does rank higher than its Pro sibling thanks largely to that device’s even higher price, so if you want a great phone that won’t empty your bank – not fully, at least – this is a device to consider.

The Xiaomi Mi 10 Pro crowns the company’s line-up of early-2020 powerhouses, with a range of specs that solidify its position as the most premium phone from Xiaomi. It has a top-end Snapdragon 865 chipset, 108MP main camera, 90Hz refresh rate screen and snappy 50W fast charging.

The main problem with the phone is its price, as it’s roughly twice as expensive as the Mi Note 10, but doesn’t come with too many major changes to justify that cost (hence the Mi Note 10 taking first slot on this list). There are also some interface issues too, like the fact it comes with lots of bloatware and has a slow fingerprint sensor.

It’s worth pointing out that the Xiaomi Mi 10 Pro has seen a very staggered release, as it’s available in some regions but not others, and in some places it might not come out until late 2020. Keep an eye out when it’s available in your region, though, because it’s certainly worth considering.

Gets hot rather easily

The Xiaomi Mi 9 is the best Xiaomi phone you can buy right now, offering some impressive features at a low price.

It was the first phone in the world to get the Snapdragon 855 chipset (although the Samsung Galaxy S10 was the first in the West), and also one of the first at this price point to have three rear cameras, including a 48MP main sensor.

Since its release other phones have appeared with similar specs and features, but the Mi 9 is still impressively affordable, and has fewer weak points than some of its rivals.

If you want a phone that’s close to the Xiaomi Mi 9 but want to spend a bit less money, then the Mi 9 SE is for you – it’s got many of the features of the top-rated Xiaomi phone, but in a scaled-down format.

It’s smaller, with a few weaker specs in a few areas, like slightly lower-resolution cameras and a mid-tier chipset, but there’s still a lot to like, especially in terms of its design and display.

If you’re looking for a stylish but affordable Android phone then, you could do a lot worse. It’s by-the-book in a lot of areas, but that’s what a lot of people want in a smartphone.

The Black Shark 2, from Xiaomi’s gaming-focused sub-brand, is one of the best phones you can buy if you’re looking for a device to play mobile games on. It’s got top-end (for its time) specs and gaming optimization so it provides a great gaming experience, and it doesn’t cost as much as other devices with similar specs either.

You might not want to consider the Black Shark 2 if you’re not a mobile gamer, as its appearance screams ‘gamer’ with LED lights on the back and a black ‘X’ design, and on top of that it might be a little too big to hold if you have small hands.

So the Black Shark 2 is aimed at a particular buyer, and if that’s you, it’s certainly a device you should consider.

The Xiaomi Mi Mix 3 has a sliding camera array, so if you want to take a selfie you pull up the rear section – it means the screen isn’t broken up by a notch or punch-hole, giving you a glorious full-screen experience.

Other than that, the Mi Mix 3 is a competent mid-range device, with a decent battery life, top-end (for late 2018) processor and two rear cameras.

We found the slider a little stiff, and as a whole the phone is on the large side. But if you want a mid-range phone with a fun party trick, this is a great option. There’s a 5G variant too, which will cost you a little more.

The most advanced Mi 9 phone

UI won’t be for everyone

The Xiaomi Mi 9T Pro is another phone from the company with mechanical parts: this time it’s a pop-up front-facing camera, which again results in the screen being unbroken.

There’s a lot to like with the Mi 9T Pro, with flagship-esque specs, great battery life, and a design that lots of people will find appealing – and all for a price tag that’s considerably lower than that of most similar mid-range phones.

There are a few issues here – among other things there’s only one speaker (and it’s easy to cover with your hands), and it’s not waterproof. But you may decide that you can live with such shortcomings given the low price tag.

The Pocophone F1 was the first phone from the brand, though it’s now had a successor.

It’s a pretty good budget device, with some specs you wouldn’t expect at the price, including a Snapdragon 845 processor and big 4,000mAh power pack.

Sure, not all the specs here compare favorably with phones at a similar price released in 2019 – the camera specs especially are a little on the weak side – but once again it’s the low price that’s the big selling point here.

A Redmi phone worth considering

Charging takes a while

There aren’t many Redmi phones on our list of the best Xiaomi phones, but with the company’s budget phone line quickly improving in terms of phone quality, it won’t be long before Redmi gets fair representation.

The Redmi Note 8T was the cheapest phone with a 48MP camera when it was launched, and to be fair to it camera results are pretty good for the price tag. Likewise the battery will ensure the phone lasts you a long time and it can feel pretty sleek compared to other devices at the price tag.

You can tell it’s an affordable phone in a few ways though, as it’s a little slow to use and the display quality isn’t great. Still, if you want a super-cheap phone it’s certainly one to consider.