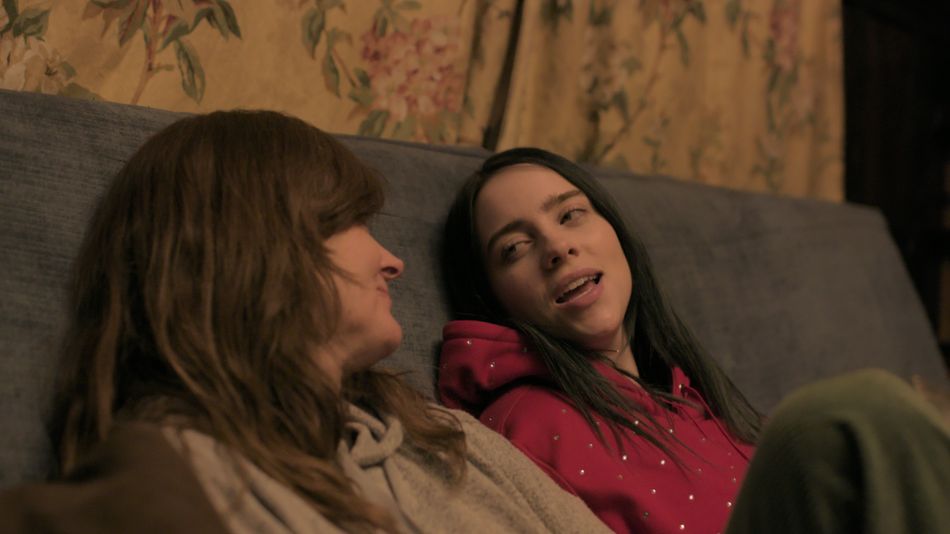 All products featured here are independently selected by our editors and writers.If you buy something through links on our site, Mashable may earn an affiliate commission.
By Alexis Nedd2021-02-26 11:00:00 UTC

Billie Eilish: The World’s A Little Blurry couldn’t have come at a better time. A documentary exploring the rise of the world’s most successful teen musician is always of interest, but this one feels especially prescient arriving at a moment when discourse surrounding the documented fall of Britney Spears, the number one teen sensation of the ’00s, is at its peak. The music and personae of Britney and Billie couldn’t be more different, but the heart of The World’s A Little Blurry comes from its subjects knowing full well how easy it is for talented young women to fall prey to defining narratives they never have a hand in writing.

From its opening moments recapping Eilish’s initial viral success as the 13-year-old singer of “Ocean Eyes,” The World’s A Little Blurry emphasizes the amount of creative control she has over her music and image. As it moves forward with extensive footage of songwriting sessions with her brother Finneas (including the moment she comes up with the concept for “Bad Guy” while brainstorming in her bedroom) her clarity of vision never wavers. While the documentary does show growth in the scale of her aims — for example, moving from shooting a concept of a music video in her backyard to fully directing it on a soundstage — it remains constant in centering Eilish as the creative center of her own world.

The World’s A Little Blurry extols that control as a counterpoint to decades of young famous women whose loss of agency led to tragedy, but the documentary is also careful to show the pressure it presents on Eilish’s mental health and well being. She is incredibly hard on herself as an artist, both physically and mentally, and some of the most heartbreaking scenes include moments where Eilish feels as if she’s failed herself in some way. She forgets the words to a new song in her first Coachella performance and can’t bring herself to celebrate her milestone, sprains an ankle onstage and cries when faced with the option of giving her fans a show without movement and energy, and consistently rates her songwriting abilities lower than everyone else perceives them.

In these moments, Eilish’s glamour fades away to reveal a young girl whose teenage insecurities are the same as any others, only hers occur against the backdrop of constant scrutiny.

It feels intentional that Eilish’s’s most triumphant moments are also the most relatable for the non-superstars watching this film.

It feels intentional that Eilish’s most triumphant moments are also the most relatable for the non-superstars watching this film. She passes her driver’s test and beams with pride, gets her dream car and washes it by hand in her parents’ driveway, and freezes in shock when she finally meets her childhood crush Justin Bieber. Those are the moments that resonate most in later scenes that show the pressures of touring and always being “on” for her fans. She’s just a kid, it’s easy to think, please give her some time off to drive around in her cool car.

Eilish’s family and support network are a large presence in the film and in her career. It’s reassuring to see her parents and brother working with her to create the album that becomes When We All Fall Asleep, Where Do We Go?, but The World’s A Little Blurry also shows the struggle in their urge to protect Eilish without restricting her creatively or as an evolving young adult. It’s the age-old question on a supersized scale — how do we protect young women while allowing them to live freely — and at some points the Eilish family fails massively in keeping that balance. It doesn’t change what the film considers Billie Eilish’s final triumph: the confidence and self-possession to keep creating on her own terms.

And it is a victory, especially for those who have seen media attention, greed, and bad actors conspire to reduce young women in Eilish’s situation to flat, inescapable stereotypes time and time again. The World’s A Little Blurry offers a glimmer of hope in the alluring darkness of Eilish’s musical universe — the hope that she, and those who come after her, will have the opportunity to share their gifts with the world without surrendering their command of themselves.

Billie Eilish: The World’s A Little Blurry is streaming on Apple TV+.