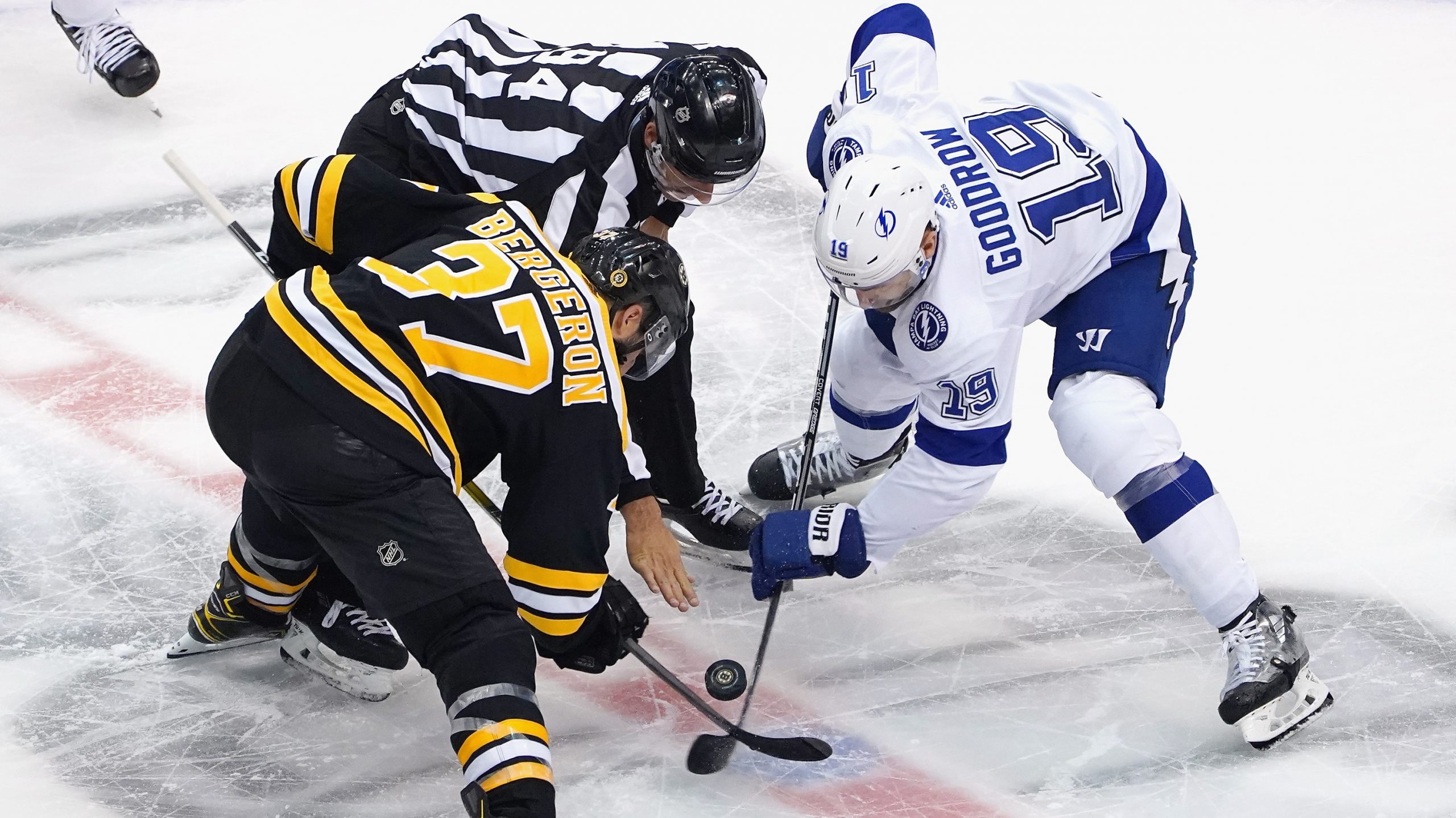 Have the Boston Bruins finally awoken from their post-lockdown slumber? That’s what it looked like on Sunday, when the B’s pepped up just enough to beat the Tampa Bay Lightning 3-2 in the opening game of this second-round NHL playoffs series. Can they do it again? Follow our guide to watch a Bruins vs Lightning live stream and catch the entire series online – next up is game 2 today.

The No. 4 seeded Bruins take on No. 2 seed the Lightning in the second-round of the 2020 NHL Stanley Cup playoffs this week, with the seven game series running from to August 23 to at least August 28 (game 4) and potentially September 2 (game 7). All the streaming and TV viewing options you need to watch are below – but you can jump out to an early lead right now by saving nearly 50% on ExpressVPN.

The result of game 1 was perhaps surprising, not least because Tampa Bay dominated Boston in the regular season, winning three of four match-ups in addition to the two teams’ round robin game. That’s despite the Bruins boasting an NHL-best record in the abbreviated regular season and winning the Presidents’ Trophy, suggesting that the Lightning were going to be a real threat to the B’s in the off-season.

They still could be. Tampa have arguably more depth in their forward lines, with their 3rd line of Blake Coleman, Barclay Goodrow and Yanni Gourde playing especially good hockey right now. On the top line Brayden Point has been superb so far this postseason, notching five goals and five assists in eight games – including two overtime winners. However, few teams can compete with the Bruins’ top line, with the trio of David Pastrnak (back from injury), Patrice Bergeron, and Brad Marchand contributing two of the B’s three goals on Sunday to fully live up their Perfection Line nickname.

The other main talking point this series is the goalie match-up, which sees reigning Vezina Trophy winner Andrei Vasilevskiy in the Tampa crease, squaring-off against new Bruins starter Jaroslav Halak – the 35-year-old having served as Tuukka Rask’s backup this season before Rask opted-out of the playoffs. He’s a former All-Star in his own right, though, as Boston continues its tradition of having two goalies most teams would happily roll out at any time.

It’s set to be a fascinating, hard-hitting series so read on as we explain how to watch the Boston Bruins vs Tampa Bay Lightning online and get an NHL live stream from anywhere in the world right now.

Bruins vs Lightning: round 2 schedule and TV channels

How to get a Bruins vs Lightning live stream with NHL.tv

Bruins vs Lightning live stream: how to watch the NHL playoff series in the US

The Bruins vs Lightning series is being nationally televised on NBCSN and USA, so you can also tune into the game via the NBC Sports live streaming website on desktop and mobile, but you will have to enter your cable provider’s credentials to get access to this stream.

Hockey fans based in the UK can tune into the NHL playoffs and this Bruins vs Lightning series on Premier Sports. Start times vary but are between midnight and 1am for the rest of the confirmed games.

How to watch Bruins vs Lightning: live stream hockey in Canada

In Canada, the Bruins vs Lightning series is being shown on SportsNet. If you’ve already cut the cord and would rather stream the NHL game online, you can do so with a subscription to Sportsnet NOW.

Bruins vs Lightning live stream: how to watch NHL playoffs in Australia for free

NHL fans based Down Under can watch NHL ice hockey on ESPN channels with a Foxtel subscription – or through the excellent value streaming service Kayo Sports.

Check your local listings for times and availability, but coverage is generally surprisingly robust given the NHL’s niche status in Australia.