Bundesliga live stream: how to watch every match as Germany restarts top-tier football 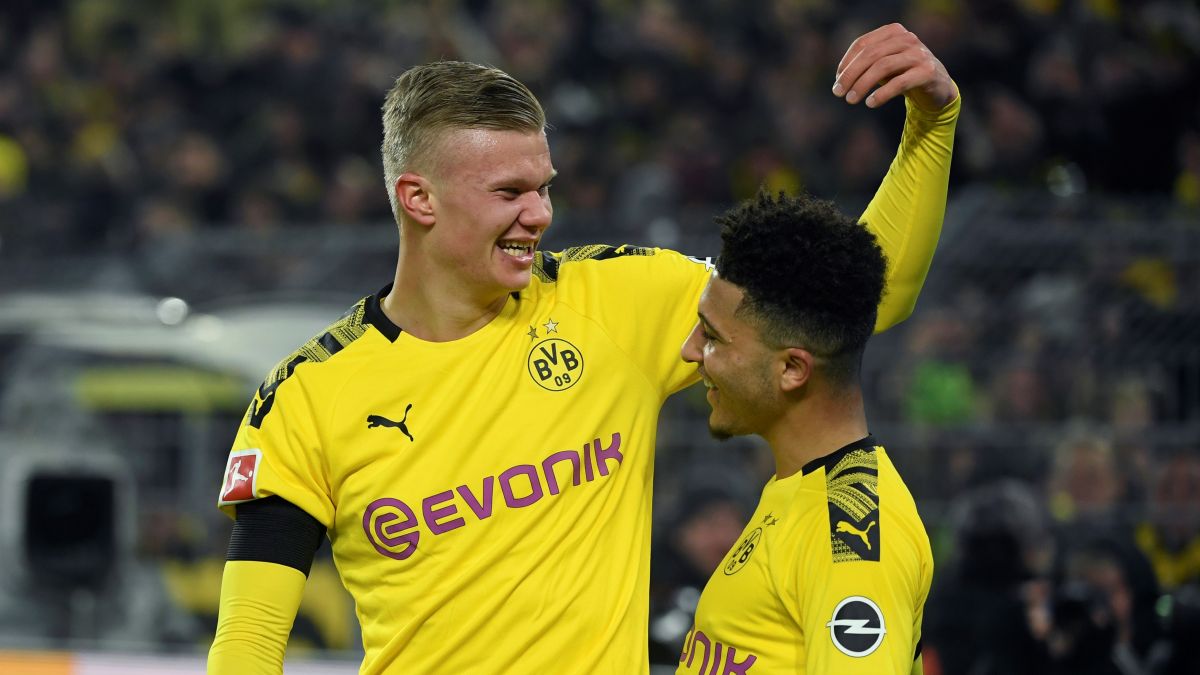 Germany’s Bundesliga restarts on Saturday, May 16 – and it’s some much needed light at the end of the tunnel for football fans all over the world. As the first major European league to resume its 2019/20 season following the Covid-19 pandemic, all eyes are now on Deutschland – we know you’re as excited as we are to see quality live sport aired at the weekends just like it used to be. So, let’s kick-off the German title race run-in already and explain how to live stream the Bundesliga and watch every match from anywhere.

The German Bundesliga restarts Saturday, May 16, with matches being played behind closed doors – without fans. Fox Sports has the rights to the Bundesliga in the US, meaning anyone without cable can watch by taking advantage of a FREE 1-week Hulu + Live TV offer.

As a quick primer, the Bundesliga is Germany’s top-tier domestic football league and things are delicately poised as the fixture list resumes this May. When the coronavirus forced the league to stop play at the beginning of March, Bayern Munich sat atop the Bundesliga table but they’re being hotly chased by Borussia Dortmund and RB Leipzig.

Borussia Mönchengladbach also lurk dangerously, as do Bayer Leverkusen. It’s safe to say that this year’s Bundesliga season could well go down to the wire and there’s plenty of drama left – not just for fans of German football, but for lovers of the beautiful game everywhere.

With that in mind, here’s how to watch a Bundesliga live stream no matter where you are in the world, including free viewing options. Follow our guide below and you’ll never miss a goal again – or pay a penny you don’t have to.

If you’re abroad and can’t bear to miss out on the big Bundesliga restart, don’t worry. While you may initially encounter a problem watching your usual domestic coverage in the form of geo-blocking, there’s an easy solution to this common annoyance.

Once you have it downloaded and installed, just go ahead and open the VPN app, hit ‘choose location’, and you’ll virtually transport yourself back home – it really is that easy. Then you’re ready to watch your Bundesliga live stream of choice wherever you are in the world.

How to watch a Bundesliga live stream in the UK

Anyone wanting to watch top-flight German football in Great Britain or Ireland is well-served by BT Sport, which has exclusive rights to Bundesliga matches in the UK.

In the past, BT Sport has tended to air three fixtures a week: on Friday nights as well as Saturday and Sunday afternoons.

However, with most of this weekend’s German football fixtures set to kick-off at 2.30pm BST on Saturday, May 16 – which falls during the traditional coverage ‘blackout’ time in the UK – it’s not clear which Bundesliga restart matches BT will show.

We’d expect to see a solid selection on offer, though, and will keep you updated as soon as hear more. If you’re out of the UK or Ireland but have subscribed to a streaming service you want to access from abroad, remember you can always use a VPN to enjoy all the content you’ve already paid for back home.

Assuming you have cable, this means you’ll be able to watch the Bundesliga restart on Fox either at home, online or on the network’s Fox Go app for tablets and smartphones.

How to live stream Bundesliga soccer in Canada

How to get a FREE Bundesliga live stream in Germany

Sky Sports has the broadcast rights to the Bundesliga in Germany and it’s going big on the restart, announcing that all Saturday mid-afternoon fixtures for the first two weekends will be available to watch for free – both online and on TV – in Deutschland and neighbouring Austria.

This means its never been easier to watch the Bundesliga for free! Matches will be available to watch for free on German TV on the Sky Sports News HD channel, but even more conveniently online via the German Sky Sports website.

The eligible fixtures for Saturday, May 16 are:

Anyone from Germany currently abroad may find they can’t access the streaming services they normally would at home. This is because of geo-blocking, but as we’ve said there’s a very easy solution in the form of a VPN.

VPNs aren’t foolproof, though, and content can still get blocked even if you’re relocated your device back home. Based on our experience, this is the exception rather than the rule, but it’s worth being aware of – and one of the main reasons we recommend ExpressVPN, as it offers 24/7 customer support to help you solve any server woes you may encounter.

Alternatively, try entering your browser’s private or Incognito mode – this is often all it takes to fix remote connection issues.