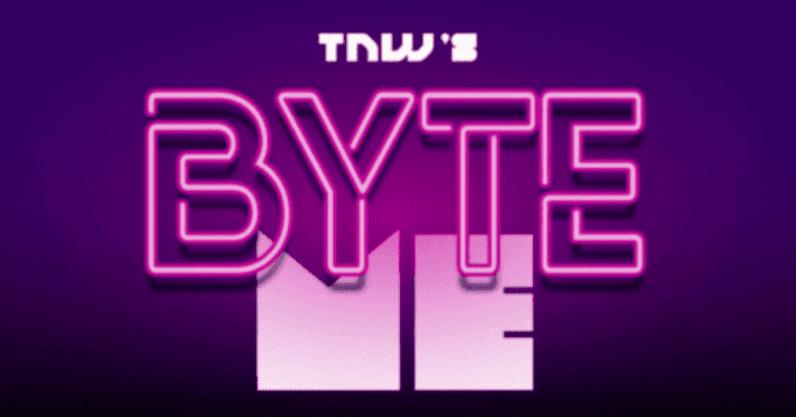 Welcome back to Byte Me, our feminist newsletter that makes everyone mad <3

This month, Cara became a horse girl in Scotland, Anouk finally started watching The Sopranos, and Gigi got her IBS prescription refilled after weeks of procrastinating.

We’re skipping illustration this month — but you can reply to this newsletter to tell us how much you love us instead? We need external validation, thanks x

that’s what she said: should we talk about women’s bodies?

Because we’re all magical and unique snowflakes who don’t always agree on feminist issues — and subsequently feel like we’re “bad” women — we’re going to discuss something we found online in each newsletter.

For this month’s that’s what she said, we’re discussing whether it’s ever ok to talk about someone’s weight. We’ve linked to our full discussion here, and included the TL;DR below:

Georgina: A couple of months ago, everyone got all excited because Adele lost a bunch of weight. A lot of it was “positive” — saying she looked “amazing,” etc. — but it also sparked a lot of think pieces about how we obsess over women’s bodies… which was kinda ironic cos that was drawing even MORE attention to her bod.

Cara: I think it’s gross, even if it’s positive. I don’t think there’s ever a right time to comment on someone’s body. It also just adds to the idea that there’s only one form of beauty e.g. a size XXXXXS.

Georgina: I agree… but I gotta admit, I clicked on the Adele story.

Anouk: Yeah, we did all look to check out the pictures, right?

Georgina: I def clicked out of curiosity, but then I did get kind of irritated when even my fucking mother brought it up on our weekly call. Like it really is a societal obsession — it shouldn’t be headline news.

Anouk: Next thing, is that I then start getting a little disappointed with Adele, like: Why Adele? Why would you cave to beauty standards? ARE YOU EVEN A FEMINIST? Which is also mean, because that’s her business.

Georgina: Beyond celebs though, do you ever comment on other women’s weight that you know? Like: “Oh wow you’ve lost weight!”

You can check out the full conversation here, which discusses objectifying men, fat positivity, and insecurity.

Feel free to comment on the document with your thoughts, or send us an email!

the best and the worst

In this section, we ask women much smarter than us about the best and worst piece of professional advice they’ve ever received.

We recently asked Catherine Price, a science journalist, speaker, and consultant whose work has appeared in publications including The Best American Science Writing and The New York Times, among others. Price is also the founder of Screen/Life Balance, a movement dedicated to helping people scroll less and live more.

The best
“The best came from a history professor who encouraged us to follow a philosophy of what he called ‘creative drift’ — do your best at whatever you’re doing in the moment and be open to new opportunities as they arise. You’ll end up in far more interesting places than you would if you sought a more linear path.”

tweets of the month

me to a bunch of white women at soulcycle
pic.twitter.com/nlaU1i8j9u

I’m engaged!! My fiancé and i met when he DMed me to correct the grammar in a tweet about my tits and I said leave me alone and then he messaged me back calling me a bitch

“Women are so emotional”, sir I have never punched a hole in my dry wall

word of the month: brokini

Next up in our new and improved Dicktionary (sorry):

We didn’t have to think long and hard about this edition of Word of the Month: Brokini got handed to us on a silver platter. Or, more accurately, by two guys from Toronto who launched this bro-y bathing suit this week.

And, because it’s 2020 and the world has turned into a pit of depravity and despair, the brokini took the internet by storm.

First, there were hot takes, like the debate on whether or not the brokini was inspired by Borat’s ‘mankini.’ Spoiler: it wasn’t.

Then there were even hotter takes, like this guy claiming brokinis were just another way to weaponize the patriarchy:

Second, if you ever see someone with a Bam Bam brokini tan line, run. He makes terrible decisions and will take you down with him https://t.co/8cuqTU2peO

So here’s our take on brokinis: they’re stupid. We hate them. We’re certain they will soon deface the historical center of Amsterdam, when drunken Brits start wearing them on stag parties while vomiting in our bicycle baskets.

BUT… it’s nice to see the focus deflected from women’s bodies for a change. Viral attention for the brokini might dampen our collective obsession with Adele’s weight, or Katy Perry’s postnatal body, or Mariah Carey’s left elbow, if only for a few days.

And who knows? If they really catch on, maybe society will start imposing rules and limits on the bros who wear them. Maybe certain men will be deemed too fat or skinny to pull them off. Maybe we will see specialized diets and #thinspo posts, urging men to “get their brokini bodies ready for summer.”

If that’s the case, we happily welcome the brokini. After all, a problem shared is a problem halved.

How to use in a sentence:

“Hold my beer, Sean,” said Travis while he plucked his brokini out from  between his muscly buttocks.

“Chad, I have to tell you,” Dave said, tearfully. “I don’t think my brokini bod is ready for our spring break trip to Cancun.”

The brokini is really just appropriation of traditional Mexican wrestling attire,” Anne hissed while angrily flagging an ad for the bathing suit on Instagram.

What do you think of Byte Me? Love it? Tell us. Hate it? Tell us — as female journalists we love hate mail.