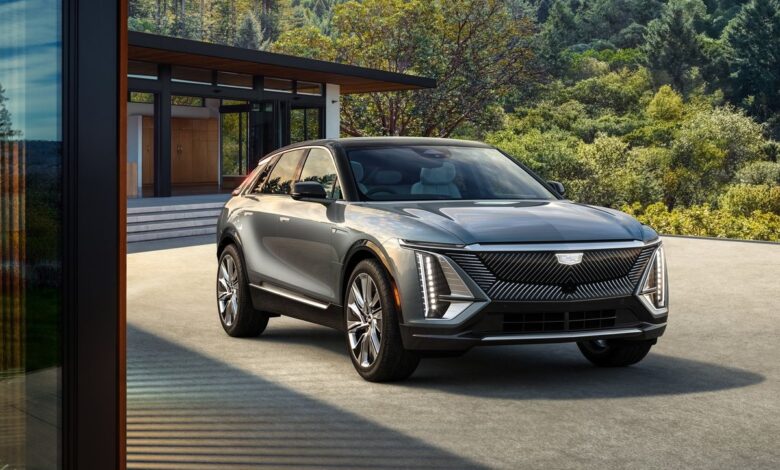 Cadillac has announced that its first electric car, the Lyriq, will start at $59,990 before tax, license, and dealer fees. The luxury brand of General Motors also said the electric SUV will be available for reservations starting in September ahead of the start of production in the first quarter of 2022. The Lyriq SUV will officially go on sale shortly after that in the first half of the year.

The Lyriq got a proper debut last August, but that was technically still just a show car. The photos Cadillac showed off Wednesday as it announced pricing are of the final production version. You’d be forgiven if you didn’t notice the difference; even Cadillac says that there have only been minor changes since then, like the addition of an extra seat and cupholder, smaller wheels, and a slight difference in the door design.

Only small changes from the version that debuted last year

Cadillac also released a more complete spec sheet, though there aren’t any big changes here either. The Lyriq is slated to get “more than” 300 miles of range out of a 12-module, 100kWh version of GM’s new flexible Ultium EV battery pack. The SUV will be powered, for now at least, by just one electric motor capable of generating 255kW of power (around 340 horsepower). And owners will be able to charge it quickly when they drain the pack. The Lyriq can charge at up to 190kW at public fast charging stations or up to 19.2kW at home (with the right equipment), which adds around 52 miles of range per hour. Oh, and the Lyriq weighs an astonishing 5,610 pounds.

The Lyriq is not only Cadillac’s first EV, but it’s going to be a showcase for a lot of the automaker’s other leading technologies. It will, of course, have Super Cruise, which is the hands-free driver assistance system that started at Cadillac but is now spreading to other GM vehicles. The Lyriq also features a massive 33-inch display that stretches from the left of the driver all the way to the middle of the dashboard. There’s an active noise cancellation system to dampen road noise, LED headlamps, and more.

The $59,990 starting price isn’t cheap, but Cadillac is clearly trying to make the Lyriq as enticing to EV-wary buyers as possible. The real question will be how quickly that price tag escalates start picking trim levels.