Calculator Hacked for Cheating Includes a Secret OLED Screen, Wifi, and Even a Chat Function 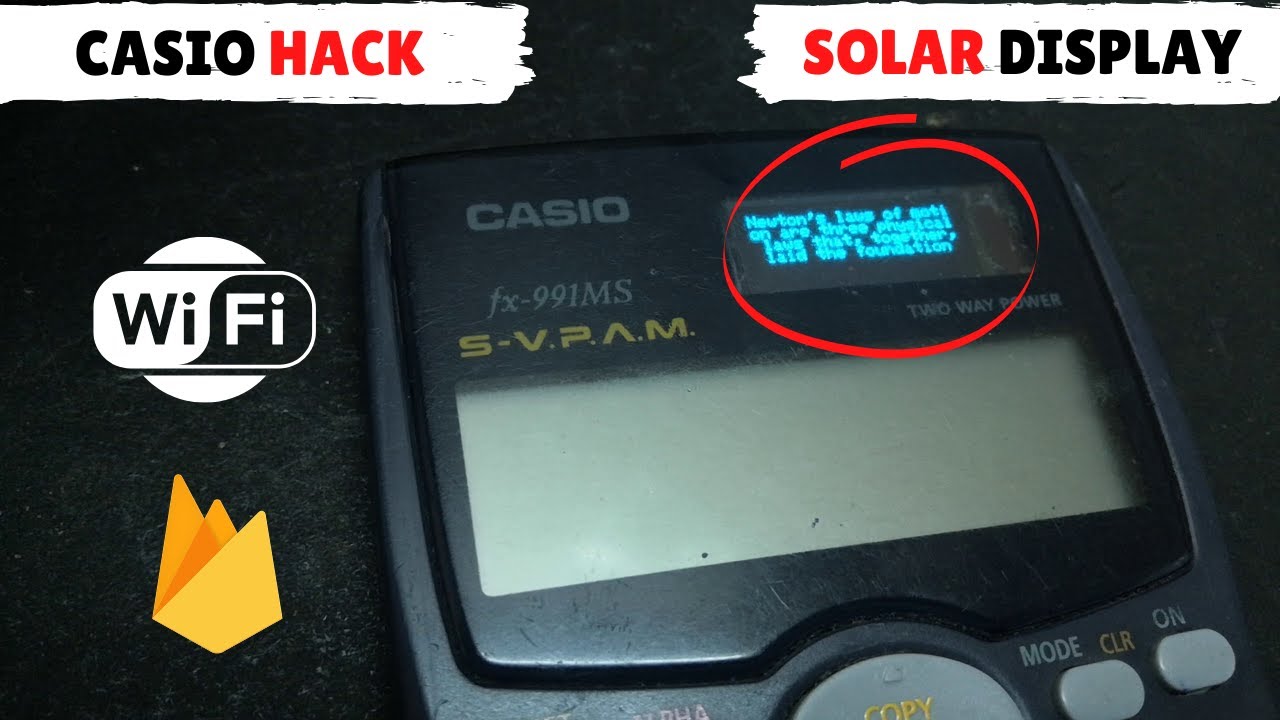 To discourage cheating, high schools and colleges limit what gadgets can be brought into an exam, and they require students to use very basic calculators if math is involved. But that doesn’t mean cheating is impossible, it just requires considerably more effort, like upgrading a dumb Casio calculator with a secret screen, wifi, and even messaging functionality.

YouTube’s Neutrino realized that the small solar panel that helped power his Casio fx-991MS scientific calculator was roughly the same size as a tiny OLED display, which looked more or less like a solar cell while it was powered off. But instead of just cracking open the device to upgrade it with a second screen, they took the hack several steps further, adding an ESP8266 wifi module and a rechargeable battery without modifying the physical appearance of the Casio itself.

Wifi seems like a pointless upgrade for a calculator you can’t actually program, but the added electronics allowed Neutrino to add some clever functionality to this otherwise boring Casio, including the ability to fetch pre-uploaded data from the mobile development platform Firebase. That could be anything from formulas for a physics test, quotes for an English exam, or really anything you think could help guarantee an A—or a B if you don’t want to draw attention.

The hack even gives the calculator a rudimentary chat function, with pre-programmed questions and responses. But how does the user covertly browse and navigate the Casio’s new cheating capabilities without drawing attention? Instead of taking over the calculator’s keypad, which would have potentially limited or neutered its ability to crunch numbers, Neutrino came up with a clever interface using hidden sensors and magnets.

A small magnet hidden in a pen cap or under a pencil’s eraser triggers a simple reed switch which turns the OLED display on, while a more sensitive hall-effect sensor, which can detect the strength of a magnetic field, allows menus to be navigated, items to be selected, and content to be scrolled using a series of short, long, and even multiple taps on the top edge of the calculator. The execution here is remarkably clever, but this is far from a quick hack, and the time spent assembling and programming it could have arguably been better spent actually studying, according to your parents.