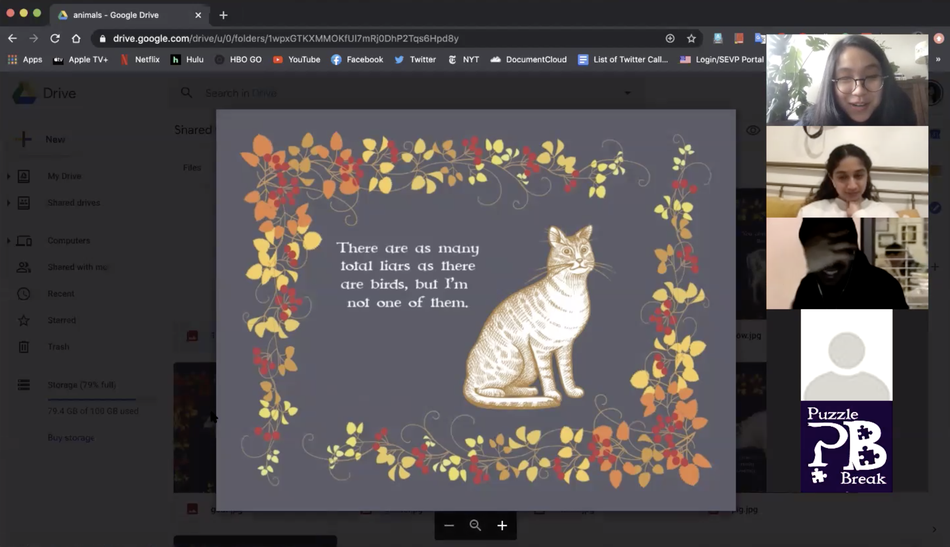 One afternoon, I found myself trapped in an enchanted forest with a few friends and no help but some gentle guidance from a “fairy godparent.”

Well, we weren’t really outside. Who is these days?Instead, three of my friends and I were lost in a virtual escape room on Zoom.

Despite the fantasy of it all, we were still met by the harsh reality of bad WiFi and videoconferencing quirks at the beginning. But as the adventure continued, it became a welcome escape.

“Do we need to download Zoom? All this talk about Zoom but I’ve never actually used it before,” a friend asked in our group chat before we set out for the 90-minute experience.

“My wifi is lagging! Can’t load right now,” another typed.

Ten minutes later, when the experience was supposed to begin, the four of us joined Nate Martin, cofounder of Puzzle Break, a Seattle-based escape room gone virtual in the age of coronavirus. He would be our “fairy godparent” for the journey through the escape room (aka Zoom meeting room).

Martin began to share his screen then. A video emerged against an ominous, fantastical soundtrack: “The adventurers took a wrong turn and fell into a witch’s trap. Now in a strange and mysterious land cursed by the witch, they must decipher a cryptic story to break the curse to return home before becoming trapped forever,” the old calligraphy script on the video read.

“Welcome, we are regrettably trapped in an enchanted forest,” Martin said in a theatrical tone, against a Zoom background of a mysterious forest. (Alas, he was not, in fact, dressed as a fairy godparent. He wore a gray sweater and over-ear headphones.) “And today instead of escaping a room, we will be assembling a magic spell.”

Martin started us off by sharing a few tech tips — ahem, “magic tricks” — before he disappeared from the forest (aka turning off his camera). As the “oracle,” I was responsible for navigating the forest (a Google Drive folder filled with loose clues and hints) and for sharing my vision with other adventurers via Zoom’s screenshare feature.

We first stumbled upon a group of eight animals (through photos shared in the folder). Our challenge: to identify two liars among the group by analyzing each animal’s testimony.

We shuffled back and forth between testimonies and exchanged our different theories, finally solving the mystery after a whopping 35 minutes of undivided attention. Our “ambassador,” who was responsible for relaying messages to our fairy godparent, was quick to summon Martin by calling out for him.

“That sounds like a couple of liars to me,” Martin said, as he quickly reappeared on the screen.

Another hour and a half went by in the blink of an eye as we continued to gather clues and solve puzzles. At no point during the escape room were we bored or distracted. Moments later, we assembled and chanted a magic spell in unison — and at long last, we were out of the forest.

“I feel like my brain turned on for the first time in years of being in sleep mode,” one of my fellow adventurers said. “It was like…feeding my brain,” another concurred.

But online escape rooms aren’t entirely novel. Take the 1994 video game called The Legend of Kyrandia 3: Malcolm’s Revenge for example. Much like what we had done in our Zoom escape room, players in the game would assume a fictional role — in this case, a royal court jester who disavows the murder of a king and queen in a fabled, mythical kingdom — talk to people, and collect items to solve puzzles and create magic spells that would ultimately earn redemption.

“The protagonist was the bad guy, which blew my 11-year-old mind,” Martin told me as he recalled his first-ever escape experience. “Then I learned that there are escape rooms in pockets of Asia and Europe, and there were explosions in my brain because they’re just the next evolution step from a certain type of computer game.”

Since Martin cofounded Puzzle Break in 2013, it has offered more than 24 escape experiences. But none took the form of a digital experience like the games that obsessed Martin as a teenager.

That changed quickly when the coronavirus pandemic came along.

As Martin closed the doors to his brick-and-mortar locations in March, he began recreating physical escape experiences online on Zoom. With that came a virtual version of The Grimm Escape, one of Puzzle Break’s earliest and most successful physical escape rooms.

Later, in a different Zoom call, Martin described to me the challenges of recreating The Grimm Escape online. Virtual escape experiences offer only limited design space for exploration compared to physical rooms, he said. Zoom can’t simulate toxic gas the same way a fog machine can, and Google Drive can’t produce moments of wonder the same way a children’s shoe hidden in a physical room could.

But the confines of the virtual space also comes with its fair share of positives.

“In our physical rooms, some teams, it’s every man for themselves. Some teams — ‘you two split up and go over there,’” Martin described. “In the virtual space, time and time again — and we didn’t predict this — we are seeing united groups. And that’s something we can’t count on in the physical space because everyone will experience it differently.”

Martin is now developing new virtual escape experiences and narratives that his brick-and-mortar rooms have yet to explore. Part of that, he told me, involves looking for ways to compensate for the lack of physical exploration with “a certain type of magic.”

“In the physical world, we have this world that we built — let’s live in it. But in the next virtual game we’re doing, we’re building a world here too,” Martin said. “Part of this world will probably include one or two websites; it will leverage social media in a way that offers flavors of a scavenger hunt that are really fun and rewarding.”

The key to success, he said, will lie in Puzzle Break’s ability to explore designs that are unique to the form factor of a virtual space, but different from what video games like The Legend of Kyrandia have already mastered.

“Exploration and discovery are really important components to this sort of thing. We just have to figure out new and interesting ways to do it,” Martin said. “And it’s proving to be a bit of a challenge.”

Pricing for the virtual version of The Grimm Escape begins at $25/per person. (For an exact quote, contact Puzzle Break.) Up to 1000 people can play at once from any location, but large parties will be split up into smaller groups with different tasks during the experience.

WATCH: Here’s how to change your Zoom background 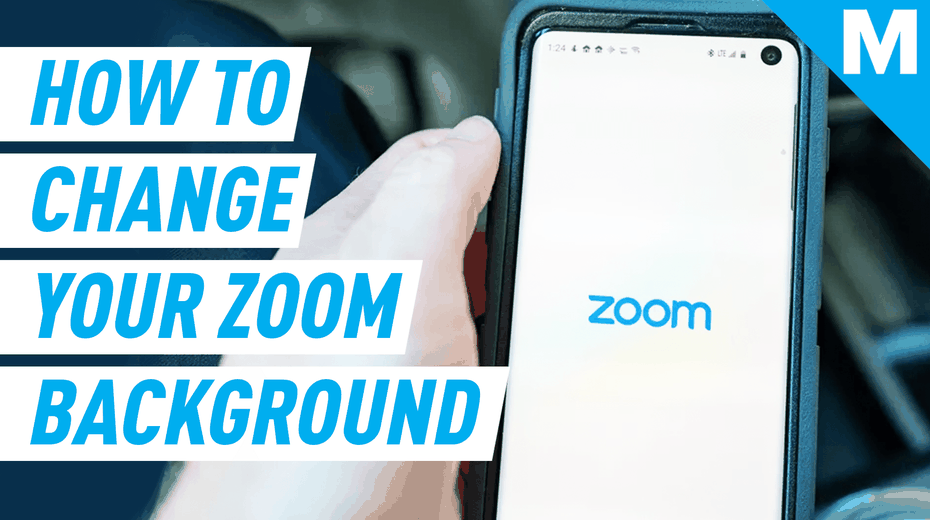 The Oversight Board wants answers about Facebook’s celebrity moderation program

The first patient testimony about a Theranos test result: a miscarriage that wasn’t

The Oversight Board wants answers about Facebook’s celebrity moderation program

The first patient testimony about a Theranos test result: a miscarriage that wasn’t