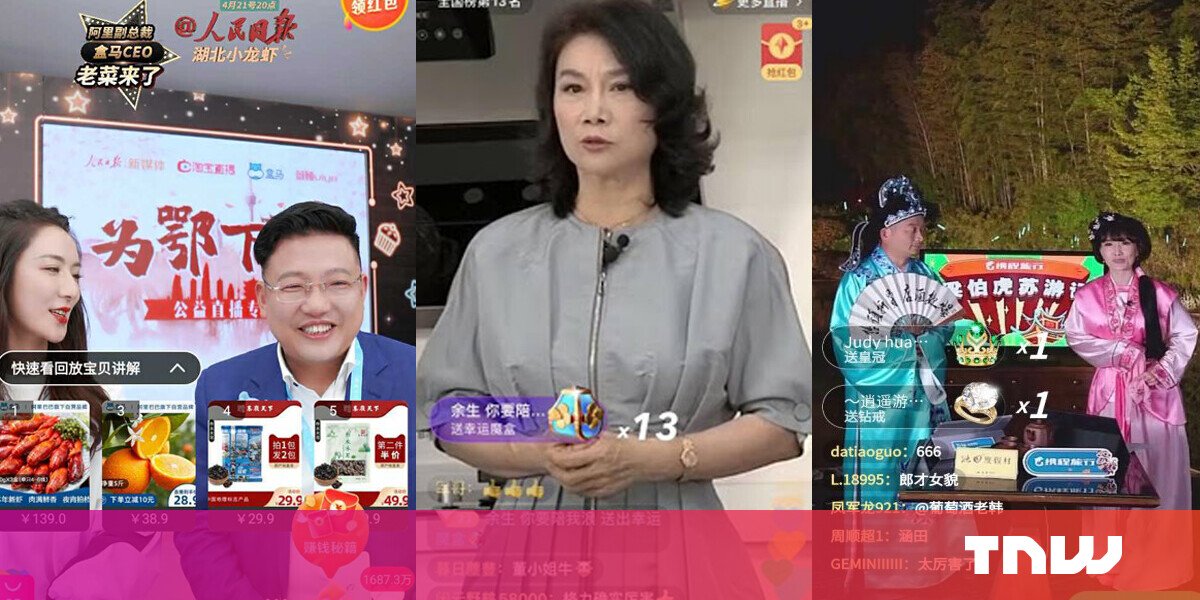 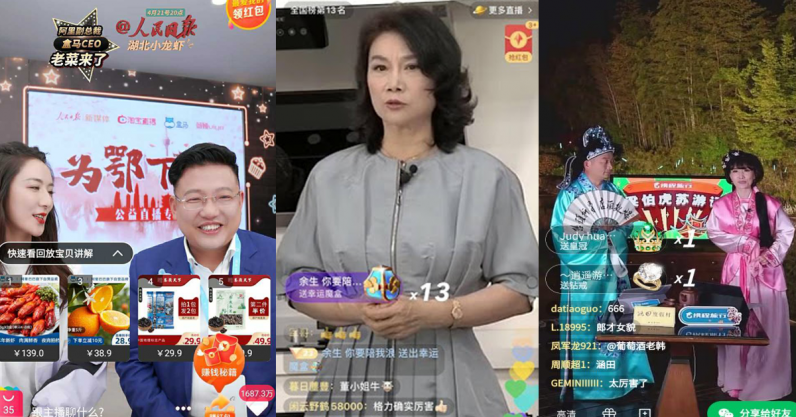 In the past few years, retail-streaming has become a rapidly growing ecommerce channel in China, with all manners of salespeople directly selling goods to consumers on an ecommerce livestream. While influencers and celebrities are the most familiar faces seen on retail-streams, recently, executives of major Chinese corporations have also appeared in front of the live camera.

Some of these efforts yielded lucrative results — Li Jing, president of the home accessories business Mendale Textile, for instance, achieved $3.5 million worth of sales for his company on a four-hour livestream in March. James Liang, the executive chairman & former CEO of the travel services company Trip.com, had also made $8.4 million selling travel packages, with five sessions of hour-long livestreams. And on May 10, the chairwoman of Gree Electric, Dong Mingzhu, sold more than $43.7 million worth of home appliances on a three-hour livestream.

For many sectors in the Chinese market, retail-streaming has become a normalized part of business. The streams take place both on ecommerce platforms like Taobao and JD, as well as on social video platforms like Douyin (TikTok’s Chinese version) and Kuaishou. Vendors from diverse business areas are selling to consumers via live video every day.

In need of lipsticks and beauty products? There’s a stream for that — actually, many. Fruits and vegetables from the countryside? You can buy them from streams starring the farmers themselves. Craving seafood from a specific small fishing town? Seamen streamers got you covered. And if, for some reason, you’re in the market for a commercial rocket, you’re in luck: you can buy one from a Taobao stream for a mere $5.6 million.

According to a report by iiMedia Research, livestreamed ecommerce in China reached an annual $61 billion worth of transactions in 2019.  More recently, due to people being stuck at home during the coronavirus lockdown, the channel received yet another dramatic boost: the same report predicts that retail-streaming will reach a total of $129 billion in transactions in 2020. Figures from earlier this year seem to support this prediction — in February alone, the biggest Chinese retail-streaming platform Taobao had seen a 719% increase in the number of vendors.

Since the start of this year, both responding to the momentum of growing consumer interest and to boost revenue during the COVID-19 economic slowdown, Chinese CEOs started to participate in retail-streaming to help sell their companies’ products. Among them are Qian Jinbo, the president of the footwear giant Red Dragonfly; Liu Minghui, the CEO & Founder of China Gas; Chen Xiaodong, the CEO of department store chain Intime Retail Group… the list goes on. Some get on the stream as a one-off promotional event, others do so on a regular basis.

What do these CEOs do on the streams? Generally, they promote the company’s products, highlight the products’ features,  and answer consumer questions — since CEOs are often experts in their companies’ offerings, they tend to serve as good sales reps.

However, as anyone who’s familiar with video content would know, someone speaking about the same topic for a long time doesn’t make for an engaging viewing experience. The CEO streamers have to interact with their products in more exciting ways. Hou Yi, the CEO and founder of Alibaba’s Hema, went on a crayfish-peeling competition with the popular streaming influencer Viya. Trips.com chairman James Liang dressed up in local cultural outfits to promote travel packages in different regions across China. Phyllis Cheung, CEO of McDonald’s China, also participated in a product reveal livestream event, and took some big bites into the company’s new crispy fried chicken.

From CEO to influencer

One particularly unusual case of the Chinese CEO streamer might is Luo Yonghao. In April, Luo’s retail-streaming debut on Douyin accomplished $15.5m worth of sales within three hours. However, Luo wasn’t selling any product from his own company, Smartisan Technologies, a consumer electronics firm. Instead, Luo works with Douyin in a personal capacity as a retail-streamer, and in the streams, Luo sold several kinds of products ranging from food to stationary to gadgets from various brands. While Smartisan Technologies is often considered as a failed tech company these days, Luo was quite able to monetize his own brand as a celebrity CEO and tech influencer.

Luo is an outlier example, but his case highlights an important fact: CEOs have personal brands as influencers in the industry, and that brand can almost be independently valuable from the businesses they manage. Chinese CEOs who know the value of their personal brands are bringing it in front of the camera, raking in the big bucks for their companies which might not be doing well otherwise.

Read next: Could biometric immunity passports get the UK back to work?

9 best free vpn app for paypal to hide ip address – can be used in nigeria, ghana, kenya. Teppiche. The cost of carbon capture will drop as new dac facilities come online and increase the capacity of the technology.