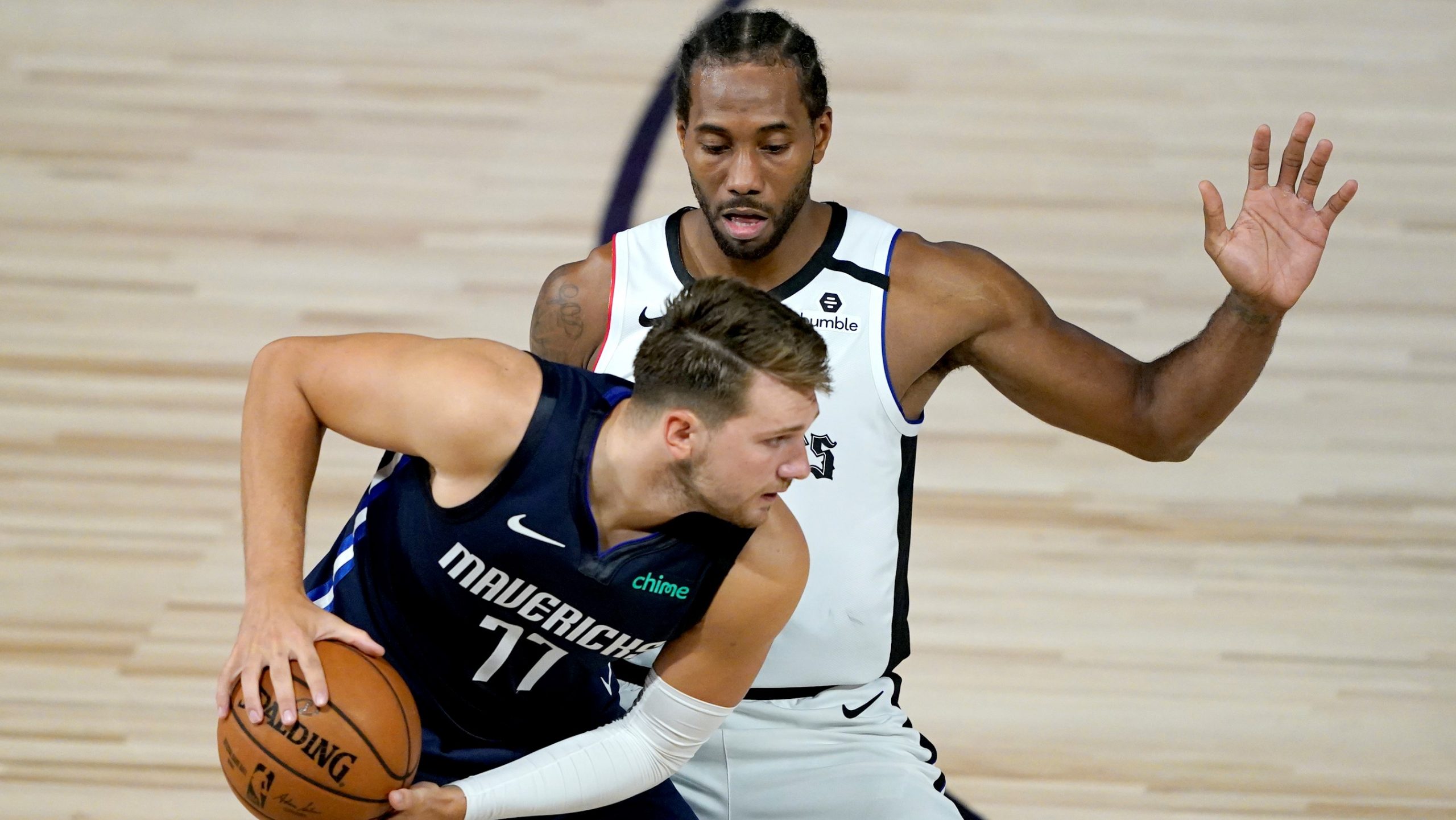 Western Conference No. 2 seed the LA Clippers go toe-to-toe with the No. 7 seeded Dallas Mavericks in the first round of the 2020 NBA playoffs this week – and you don’t have to miss a single shot. There’s no question who the favorites are: the Clippers, who went 3-0 against the Mavs in the regular season, most recently in the NBA bubble earlier this summer. Who will prevail when it really counts? Follow our guide to watch the 2020 NBA playoffs online and get a Clippers vs Mavericks live stream wherever you are right now.

Game 1 of the Clippers vs Mavericks series is on Monday, August 17 and the best-of-seven series will last until at least game 4 on Sunday, August 23. Games take place every other day in the NBA’s Disney World bubble, with a potential 7 set for Saturday, August 29. Full details of TV coverage and streaming options are below – catch all the action wherever you are and save up to 50% on ExpressVPN with this deal.

Whatever happens, it should be an exciting series to watch. There’s always points – a lot of points – when the Mavericks are on the parquet. They secured a spot in the playoffs with the third-best points per game average in the league, with their lower seeding largely the result of defensive frailties  throughout the 2019/20 NBA season.

Despite boasting a pair of superstars in Kawhi Leonard and Paul George, the Clippers haven’t proved quite as free-scoring as the Mavs – but they’re far more adept at protecting their own basket and are statistically one of the best defensive units in the league.

The big matchup to watch on court will be reigning NBA Finals MVP Leonard against Dallas’ young pretender, Luka Doncic. The Clippers should also welcome Montrezl Harrell back, the backup power forward having just returned to the bubble after a family bereavement.

Ready for tip-off? Read on as we explain how to watch the Clippers vs Mavericks online and get a quality NBA live stream from anywhere in the world.

You may not be able to watch the Clippers vs Mavericks series using your usual cable TV or streaming service, due to coverage blackout rules in the US or international geo-blocking restrictions.

Clippers vs Mavericks live stream: how to watch the NBA playoffs in the US

The Clippers vs Mavericks series is being shown nationally, with games on ESPN, TNT and ABC as per the schedule above. But in something of a rarity, regional sports networks are also getting a slice of the action, meaning local fans can also watch the NBA playoffs on Fox Sports Southwest (Dallas) and Fox Sports Prime Ticket (LA).

If you’ve got cable, that means it’s easy, as in addition to those RSNs, you can stream the Clippers vs Mavericks online with ESPN, TNT and ABC – just log in with details of your TV provider for access.

If you don’t have cable, then you’ll need to look at accessing these channels another way – namely, via an over-the-top streaming service service. Of these, Sling TV looks like the best option for most people.

A Sling Orange package costs just $30 a month and gets you both TNT and ESPN, meaning you’re covered for six out of the seven games – plus there’s currently a FREE Sling TV trial up for grabs, which means you’ll be able to watch a couple of Clippers vs Mavericks games without dropping a dime.

If you’re not too happy about picking up a Sling TV subscription just for sports or are concerned about missing the game that’s on ABC (which Sling doesn’t offer), you can grab an NBA TV Pass for just $6.99 a month of $19.99 annually.

This will get you coverage of all nationally televised games for a great price – but it is subject to blackout restrictions for in-market games when they apply. However, you can get around this by grabbing a quality VPN if you live in the same area your favorite team is based and find yourself affected by this common problem.

Clippers vs Mavericks live stream: how to watch NBA playoff basketball in the UK

For Clippers and Mavericks fans, your turn is game 3 on Friday, August 21/Saturday, August 22, depending on how you roll – it  starts at 2am BST Sky Sports Main Event and Sky Sports Arena.

However, if you’re only going to be watching the NBA, there are more cost-effective options than signing up for the full commitment of a Sky contract.

That’s fine if you just want to watch what’s on tonight, but we’d highly recommend the better value Monthly Pass for the majority of viewers. £33.99 gets you coverage of the rest of the season as well as early playoff games as well as the full month of content from other sports as well.

If you’re really only interested in an NBA live stream, you could also consider an NBA League Pass, which is an all-in-one subscription that offers every game left in the season on a range of devices.  An annual pass comes in at £42.99, which is far better value than the £24.99 monthly pass, but you can also grab a seven-day free trial if you’re just looking to watch a Clippers vs Mavericks live steam.

If you’re looking to watch Clippers vs Mavericks from abroad, you might be geo-blocked out of some of these viewing options. Using a reliable VPN can easily get around this so you can get back to the game.

How to watch the Clippers vs Mavericks: live stream the NBA playoffs in Canada

TSN is the place to turn for coverage of non-Raptors game NBA playoff basketball in Canada, and has confirmed it’s airing three out of the first four games of the Clippers vs Mavericks series – only game 2 isn’t currently listed for coverage.

With TSN widely available on cable, catching the NBA online shouldn’t be difficult for Canadian viewers – simply enter the details of your TV provider into the network’s website to watch.

You’ll also be able to watch the Clippers vs Mavericks online with NBA League Pass, with only Raptors games being subject to blackouts. That’s not a problem, however, as a VPN can easily swap your location so when the Raptors do step out onto the court, you can still live stream it all.

How to watch the Clippers vs Mavericks: live stream NBA playoffs in Australia

Costing either $25 or$35 monthly, it’s far cheaper than Foxtel and you can grab a 14-day FREE TRIAL to test it out. Perhaps best of all, a single subscription can be used simultaneously across multiple devices, meaning you can share one with family or friends and pay less.

The first two Clippers vs Mavericks games are available on ESPN/Kayo and more may well follow when further scheduling is confirmed, but fans can grab an NBA League Pass for full coverage if they’re worried about missing out.

Here’s a quickfire look at this first round Clippers vs Mavs NBA playoff series.

If you’ve been shopping for ways to pick up a Clippers vs Mavericks live stream online, then you’ve likely come across the NBA League Pass. As the league’s official streaming service, it offers coverage of plenty of games and is available all around the world.