Coronavirus, Summer Heat, and Poverty Could Create a ‘Triple Whammy’ 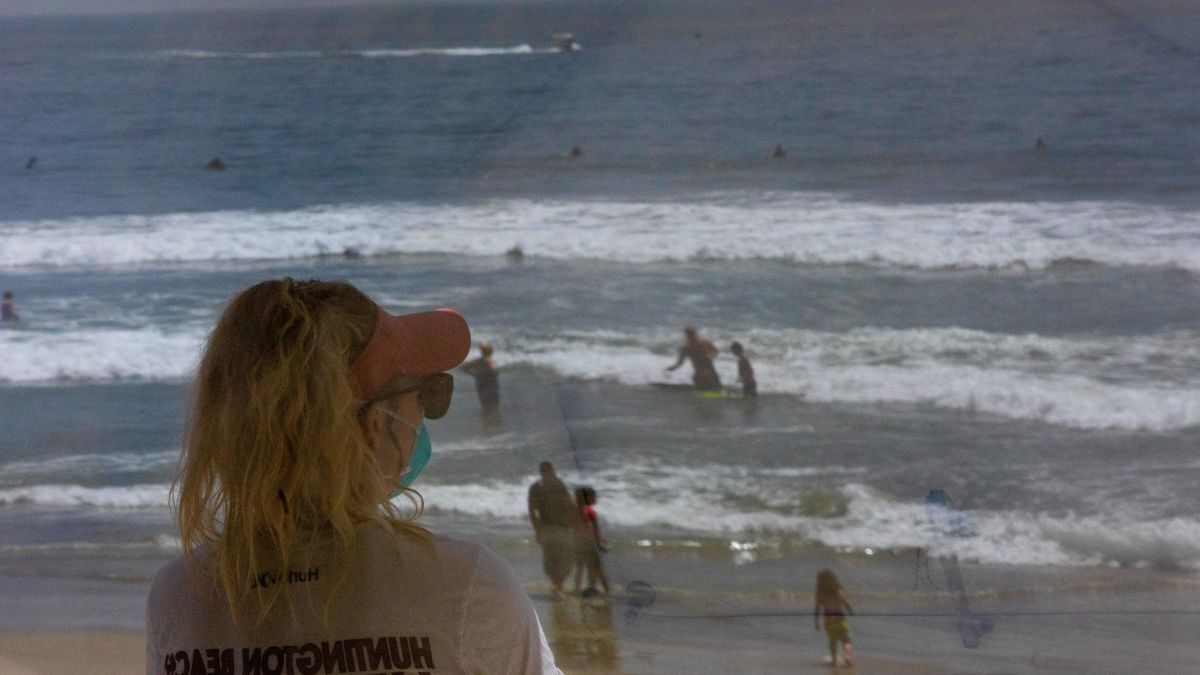 More people in the U.S. die a year due to heat than all other forms of weather. As we approach this summer, the risk is even more dangerous due to the coronavirus pandemic.

Not everyone has access to air conditioning or cooling at home during heat waves. That’s especially true for low-income families or communities of color. Typically, cities and towns open up cooling centers in public spaces such as libraries or schools to prevent heat-related illness. Or families will flock to beaches or pools in search of relief. However, social distancing measures make this more complicated, forcing people to choose between risking covid-19 and heat-related illnesses.

The people most at risk from heat-related illnesses, such as heat stroke or death, are the same people at risk of covid-19. The virus is most lethal to older individuals—though not even young people are safe—and people already suffering from underlying health issues. In the U.S., that puts a target on communities of color, particularly black people who already face higher rates of asthma and diabetes. We’re already seeing the virus take a disproportionate toll on communities of color, especially black, indigenous, and Latinx communities.

The U.S. is already seeing the consequences of extreme heat play out as record temperatures hit the Southwest. An excessive heat warning was in effect in Death Valley National Park over the weekend. Los Angeles County opened its cooling centers last week in response to extreme heat, but it did so in accordance with social distancing measures.

In the LA region, 40 percent of homes still don’t have access to cooling, according to a 2019 study. A follow-up analysis of that study found that most of these homes are located in low-income census tracts. History’s probably got a lot to do with it: Research has found that communities across the U.S. that experienced redlining—the government-sanctioned practice of segregation—are hotter than those that were don’t. That’s likely due to a confluence of factors, including more paved infrastructure like highways that traps heat and a lack of parks and greenspace.

“We see that a lot of the same populations that are most vulnerable to extreme heat events because they don’t have access to air conditioning at home are also the populations that are particularly susceptible to covid-19,” Kelly Sanders, an engineering professor at the University of Southern California and co-author to the redlining research, told Earther. “There are certainly overlaps between these two public health crises .”

While May has been largely cool so far for the eastern half of the U.S., that’s likely to change with the summer, according to the National Weather Service. The heat could be particularly brutal in the South where humidity and high temperatures make a deadly mix. The risk of coronavirus infection will make this all the more dangerous, especially as southern states begin to prematurely reopen their economies. In Georgia, where businesses began to reopen in late April, projections show the number of deaths may rise. The last thing this region needs is increased heat that will put a population not social distancing in even more contact.

In the face of the virus, it’s never been clearer people need regular access to air conditioning or cooling at home. Until poverty is alleviated, however, an amenity many take for granted will remain out of reach for the families that need it most.

The energy required to power these machines isn’t cheap, and right now, households are having a tough time as is paying utility bills as the unemployment rate skyrockets and people are left without income. Utilities aren’t making this any easier. Shutoffs—whether they are related to water or power—are a very real threat for people across the country who can’t pay their bills. Even people who own an air conditioner may be hesitant to run it if they can’t afford the cost, especially if they’ve lost their job.

“It would be a triple whammy right for people who are low income and minority people of color who don’t have access to air conditioning at home or cannot afford to run it ,” Astrid Caldas, a senior climate scientist with the Union of Concerned Scientists’ climate and energy program, told Earther.

Different municipalities are taking different approaches to deal with this. The New York Times reports some cities are considering renting out hotel rooms to keep homeless people out of scorching heat. Others are looking to subsidize energy costs or the purchase of cooling units altogether. These are fine short-term solutions, but neither will erase the problem entirely. So long as communities remain in the throes of poverty, the problem will persist.

“A lot of people are now criticizing our response to this global pandemic because we were warned that there was a risk of something like this, and we were clearly not as ready as we could’ve been,” Sanders said. “I think you could say the same thing about climate change. We know that these extreme heat events are already happening, and we know that in the future they’re going to be happening with more frequency, so we really have to get out in front of it and start to prepare so that we have plans in place to protect our most vulnerable communities.”

The climate crisis will further test the limits of the heat people can handle. Communities need long-term solutions—and fast. Summer is around the corner. So is hurricane season. So is wildfire season. As for the climate crisis, it’s already here. We need to get ready.