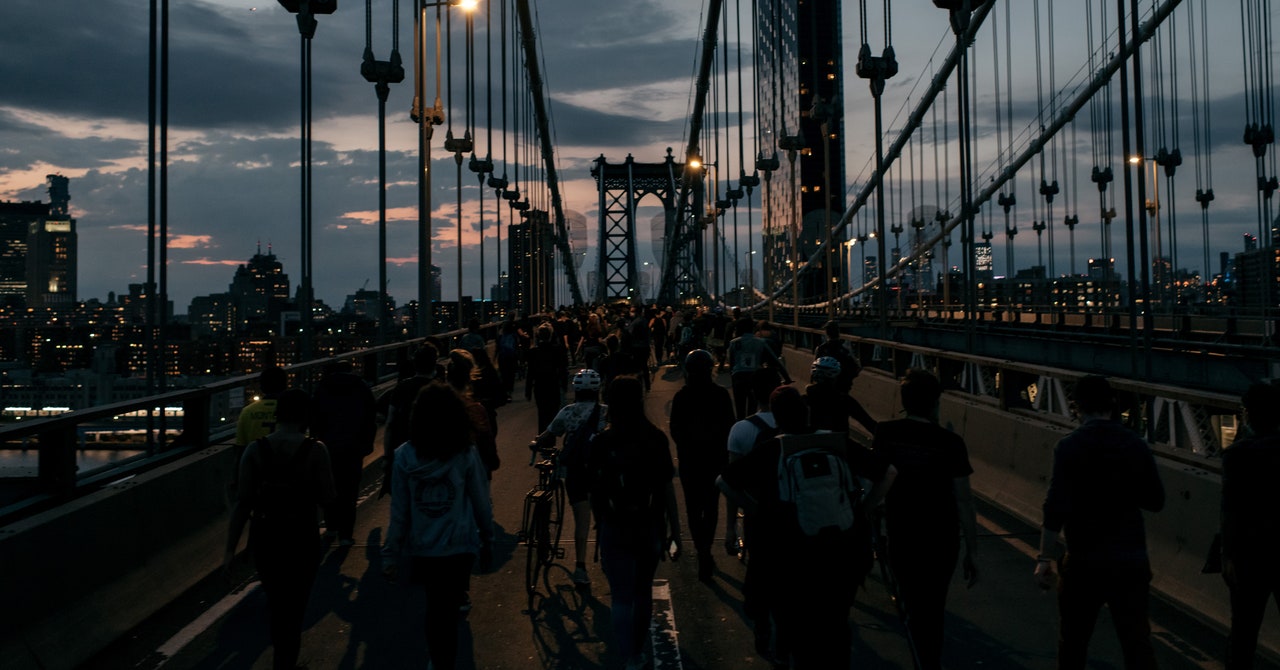 Tuesday evening seemed quieter across the US, more than a week after a black Minneapolis man named George Floyd died at the hands of a police officer. Police departments credited emergency curfews, which have been imposed in at least 11 cities since Saturday to quell sporadic violence and looting.

But researchers who study policing tactics say the science of emergency curfews is far from settled. The strategy is a legitimate tool in a police department’s toolbox, they say. But curfews can be abused, and they may encourage police aggression. “Curfews have the risk to escalate, rather than deescalate,” Anne Nassauer, a sociologist who studies protest-related violence at The Free University of Berlin, writes in an email.

Curfews might be especially damaging for communities of color, which have already been disproportionately affected by Covid-19 and the economic downturn, says Kalfani Turè, a former police officer who is now a professor of criminal justice at Quinnipiac University. “By and large, curfews have been used historically to limit mobility and contain poor populations,” he says, citing the curfews implemented in neighborhoods such as Los Angeles’ Watts during a 1965 uprising (where more than 3,000 were arrested for violating curfew) and New York’s Harlem in 1943. Curfews give police authority to stop and question people for no other reason; in many cases, Turè says, such behavior continues well after street violence is over.

That’s what Turè observed in studying Baltimore before and after the 2015 death of Freddie Gray, a black man who died of spinal injuries sustained in police custody. “I observed Baltimore police officers who were forcibly pushing people along, forcibly writing citations, forcibly pushing cars over for being in the roadway,” he says. “Curfews have to be enforced with force, so you are introducing policing in the wrong way into these aggrieved communities.”

Emergency curfews can be particularly threatening to protesters and can set up a tense dynamic between residents and the police. Curfews ban people from public streets and spaces; when protesters appear in those spaces, the “perceived territorial invasion can lead officers to assume protesters cannot be trusted,” Nassauer says. From there, it might just take a small spark to ignite a violent police response—a thrown water bottle or an umbrella that a police officer deems is too close. Curfews are especially counterproductive in the midst of mostly peaceful protests, as people are gathering to make a political point. “They’re unlikely to give people the impression that they are heard,” she says.

“Curfews have the risk to escalate, rather than deescalate.”

In some places, police departments have seemed less-than-punitive in enforcing curfews. Some protesters marching in Brooklyn said they were able to return to their homes after curfew without being hassled by police; others in Washington, DC, told The Washington Post that officers urged them to go home, but that they weren’t arrested. DC mayor Muriel Bowser intimated that only those breaking curfew and engaging in violence would be detained. “The police are interested in people who are destroying our city,” she told reporters Monday (after multiple questions about how residents might lawfully walk their dogs).

But for others, curfews bring residents into otherwise unnecessary interactions with police, as they protest, return home from “essential” jobs, or simply hang around outside. One viral video from Minneapolis showed police officers shooting paint rounds at residents sitting on their own porch. In LA, police officers over the weekend reportedly focused on controlling protesters as nearby looting went unchecked. As the American Civil Liberties Union of Northern California pointed out in a statement Monday, police “discretion over whom to arrest” could lead to “selective and biased enforcement”—exactly the issues, in other words, that brought protesters out into the streets.

“Curfews have to be enforced with force, so you are introducing policing in the wrong way into these aggrieved communities.”

The dissonance is understandable. Edward Maguire, a criminologist with Arizona State University, studies the policing of protests, and he says there isn’t, to his knowledge, research-based evidence on the use of emergency curfews and their effect on public order. Such curfews are used rarely, and in situations where researchers don’t have time to prepare to study them. Maguire is seeking a police department to pilot his guide to policing protest, based on research from the 2014 unrest in Ferguson, Missouri, and the 2011 Occupy movement.