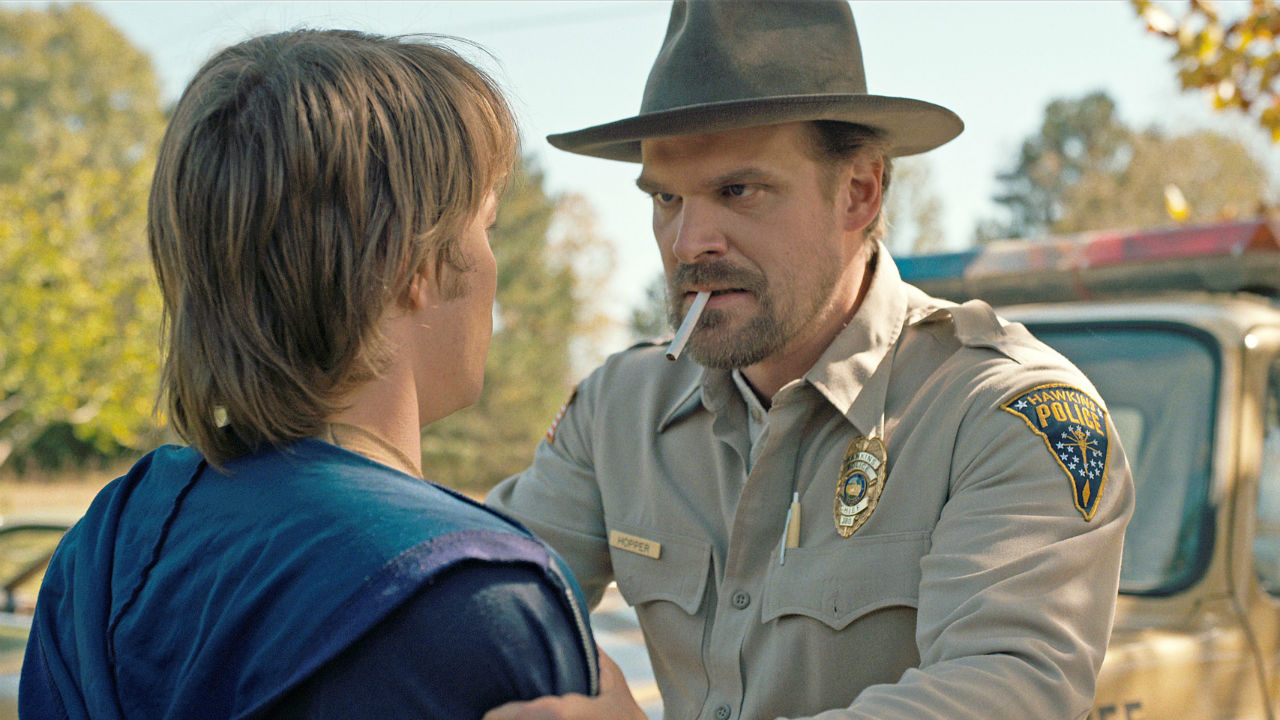 Ryan Murphy says his plans for American Horror Story’s tenth season have been massively changed by the novel coronavirus pandemic. Ed Solomon teases the world-uniting music of Bill & Ted Face the Music. Nick Fury is heading to Disney+ for a surprise new miniseries. Plus, a look at DC’s next animated movie, and what’s to come on Flash and Legends of Tomorrow. Spoilers get!

Screenwriter Ed Solomon spoke to Comic Book about the difficulty of finally realizing the moment Bill & Ted write a song that will unite the world.

[Co-writer] Chris [Matheson] and I aren’t picking any of the music. we have a great music supervisor – Jonathan Leahy – who is doing that. He and his colleague, Ashley Waldron, are doing a great job assembling and putting together all the music. It’s in the press about the movie that they have to write a song that unites the world. And that sure is a terrible thing to set yourself up for as a writer. So we needed to find a work around so that we’re not setting ourselves up for an impossible task.

Relatedly, Solomon encourages fans to submit videos of themselves “rocking out” for the chance to appear in the final cut of Bill & Ted Face the Music.

Damian admits his feelings for Raven while Etrigan assists Constantine with a Parademon in two new clips from Justice League: Apokolips War.

A new animated series (plus motion comic art) hosted by Nick Fury said to “give viewers top-secret access to S.H.I.E.L.D. intel on key Marvel heroes and villains” debuts on Disney+ Friday, May 15. [Marvel]

Newly released video of David Harbour speaking at Liverpool Comic Con back in March (uncovered by Indiewire) teases the fourth season of Stranger Things will delve into Hopper’s secret origins in New York and Vietnam.

In season two, Eleven goes into the basement of the cabin and there’s five boxes, one of which has Brenner’s stuff from Hawkins Lab, one of which says “Dad,” one of which says “Vietnam.” One says “New York.” So there are these three things that we’ve established in the season that if we don’t pay off, it means that they’re bad writers. And the Duffer brothers are very good writers. So I know specifically that in Season 4 we will give you a big, huge reveal about Hopper’s backstory. I’m so excited about revealing this aspect of the character. It’s one of the things that I’ve known since the first frame of the first shot, and we haven’t expressed it yet. And finally we’re gonna express it in a big way. It’s my favorite thing about him that you guys don’t know about him yet, but it has to do with these backstories of New York, Vietnam, and Dad. And I’m really excited for you guys to know more about that. And it relates, of course, to things he’s doing with Eleven and Joyce and things like that.

In conversation with The Wrap, Ryan Murphy admitted filming restrictions caused by the covid-19 pandemic may have irreversibly scuttled his plans for the tenth season of American Horror Story.

A lot of what I was going to shoot was dependent on a very specific moment; it was a weather-dependent show. So now I don’t know. I don’t know what we’re going to do. I don’t know what I’m gonna do next with that show. I don’t know if I’ll accelerate another season or wait till next year to shoot this one. You know, nobody so far has called me up and said, ‘OK, we have a plan to move forward for shooting.’ So until that day, everybody is kind of on pause. I honestly don’t know. But it’s a great season and I know all the actors are chomping at the bit to get into it.

Rick and Morty encounter face-hugging parasites in the trailer for next week’s Prometheus parody, “Promortyus.”

The Legends go to college in the trailer for next week’s episode, “Freaks & Geeks.”

Finally, Barry sets out to rescue Iris from the Mirrorverse is the trailer for “Success is Assured,” next week’s season finale of The Flash.