Did You Catch The Book of Boba Fett’s Musical Teaser? 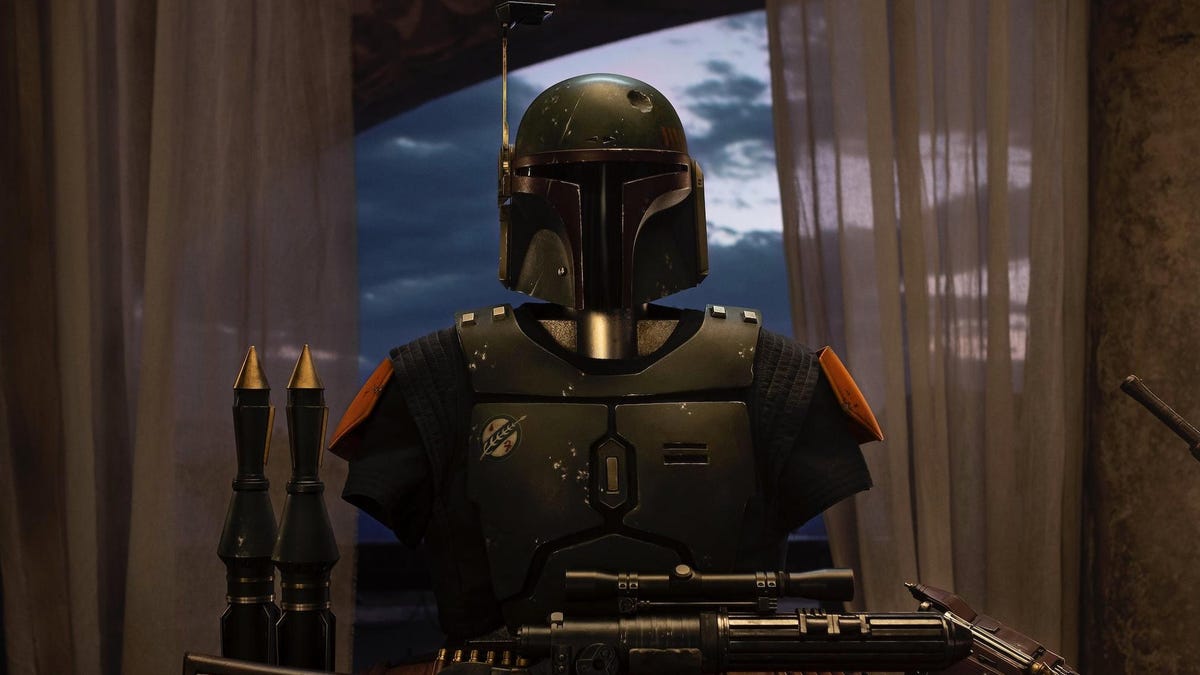 Now, this is all fairly obvious, yes? Boba and Fennic need muscle. They have money. The music of a famous gun-for-hire they are friendly with plays. We see where everyone is going with this. The Mandalorian, Din Djarin, is almost certainly showing back up on Tatooine later this season to help Boba and Fennic battle the Pykes.

If that’s the case, the move makes sense on two levels. First, on a basic “We need muscle” level, Mando is a great warrior with lots of connections. Connections like, hypothetically, Cobb Vanth—who is also on Tatooine around this time. He’d be an asset in any type of fight. Then there’s the larger Disney+ Star Wars level. The Book of Boba Fett’s main story takes place after The Mandalorian season two (though this episode’s flashbacks directly crossed over with season one). That means Mando is out there with no Grogu. What is his purpose? Maybe a job with a few friends gives the character some time for enough Grogu separation that, in season three, the story can start to logically work toward a reunion after Luke has had time with the young Jedi. On the other hand, would Mando still have the Darksaber? And if so, is that a reveal of things to come? Could he give Ahsoka a call?

Basically, we’re pretty sure Mando is going to show up on The Book of Boba Fett soon. And if he does, it’s going to act as quite a tease for what could be next for his story. Did you pick up on the music on the first watch? Do you believe Mando is showing up? Let us know below.