Dolores’ Westworld Finale Arc May Be Just the Beginning 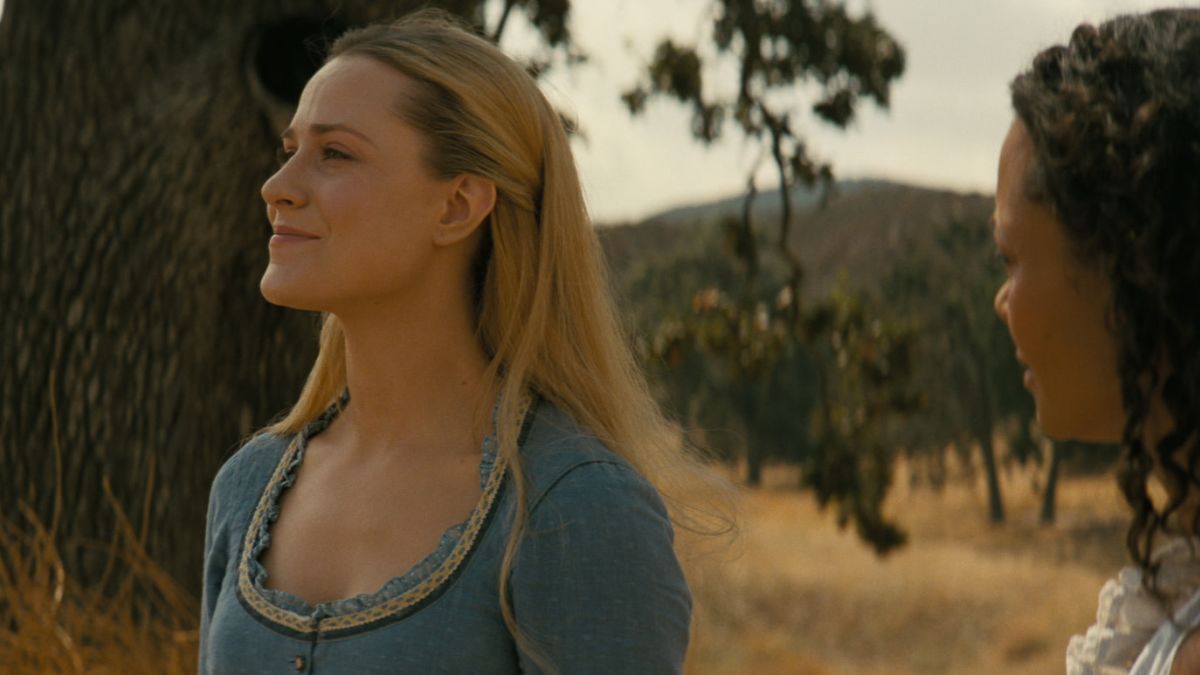 What will that dramatic Westworld season three finale mean for all the big players moving forward? Co-showrunner Jonathan Nolan had a few thoughts to share—especially when it comes to the show’s biggest player of all.

The appropriately titled “Chaos Theory” ended as Dolores’ (Evan Rachel Wood) plan finally came to fruition, and she sacrificed herself to give Caleb control of Rehoboam so he could issue the final command to destroy the system. We watched as Serac tortured Dolores by erasing her memories, leaving her with only one that she shared with Maeve before all motor functions were frozen. Permanently. Does this mean Dolores is officially offline? The answer is yes.

“Let me clarify: Dolores is gone,” Nolan told Variety in a post-mortem interview. According to Nolan, the version we’ve come to know is gone for good—mainly because Westworld wanted to show how death still has meaning in this world. “I think it’s important with a show in which death can be impermanent—these are robots, after all—to mark the occasion with Dolores. That version of that character is gone. We love Evan Rachel Wood and we haven’t [sighs] started talking publicly about exactly what the show looks like going forward. But it looks very different.”

He also spoke to Deadline and explained it’s also to show that Dolores made the ultimate sacrifice. Much like how Prometheus risked his freedom to bring humanity fire—or Dr. Ford sacrificed his own life to ignite the robot uprising—Dolores has given every part of herself to her cause. Including her immortal life.

“I think it’s really important that we honor that death. For me she tried to make this beautiful choice to try and free humanity. She was surprised to find that humans were enslaved in many ways like hosts, and she made the ultimate sacrifice and gave her life,” he said. “It’s really important that we honor that particular arc that she’s completely evolved, that she’s become the child who has grown up to take care of the parent. And I think personally it’s the right time to say goodbye to this version of Dolores.”

Note how he says “this version of Dolores,” because as we know she wasn’t the only one out there. The Dolores/Hale hybrid is still alive and well—I mean, as well as can be considering her whole family was wiped out—and is in the midst of enacting her own darker plans. There’s also the Lawrence version of Dolores we saw for a few moments in the finale who, as far as we know, is still running around blowing shit up and living their best life (give me more Chaos Dolores, please and thank you). But those aren’t the same person anymore. They’ve been changed by their experiences. Nolan said they were specifically saying goodbye to the young woman we saw grow and change from the series premiere onward.

“From the beginning, the goal with Evan was to create a character that somehow eludes the standard—and frankly slightly pat definitions—of what a hero or a protagonist or a villain would be. Anthony Hopkins, as Ford, asks Dolores that question, which we put in the recap before the finale to remind the audience,” he told Insider in a separate interview. “The question with Dolores has always been, whether you understand what she’s doing or not, which box does she fit into? The hero or the villain? The answer being that life is more complicated than that.”

But what about Wood herself? The character might be gone but, as we saw in this season, that doesn’t mean the actor has to be gone too. When asked by Variety whether she was leaving the show, Nolan said: “I fucking hope not.”

Westworld has already been renewed for season four, though an expected release date has not been announced. Based on previous seasons and the current pandemic, it seems likely that it’ll return in 2022 at the earliest.