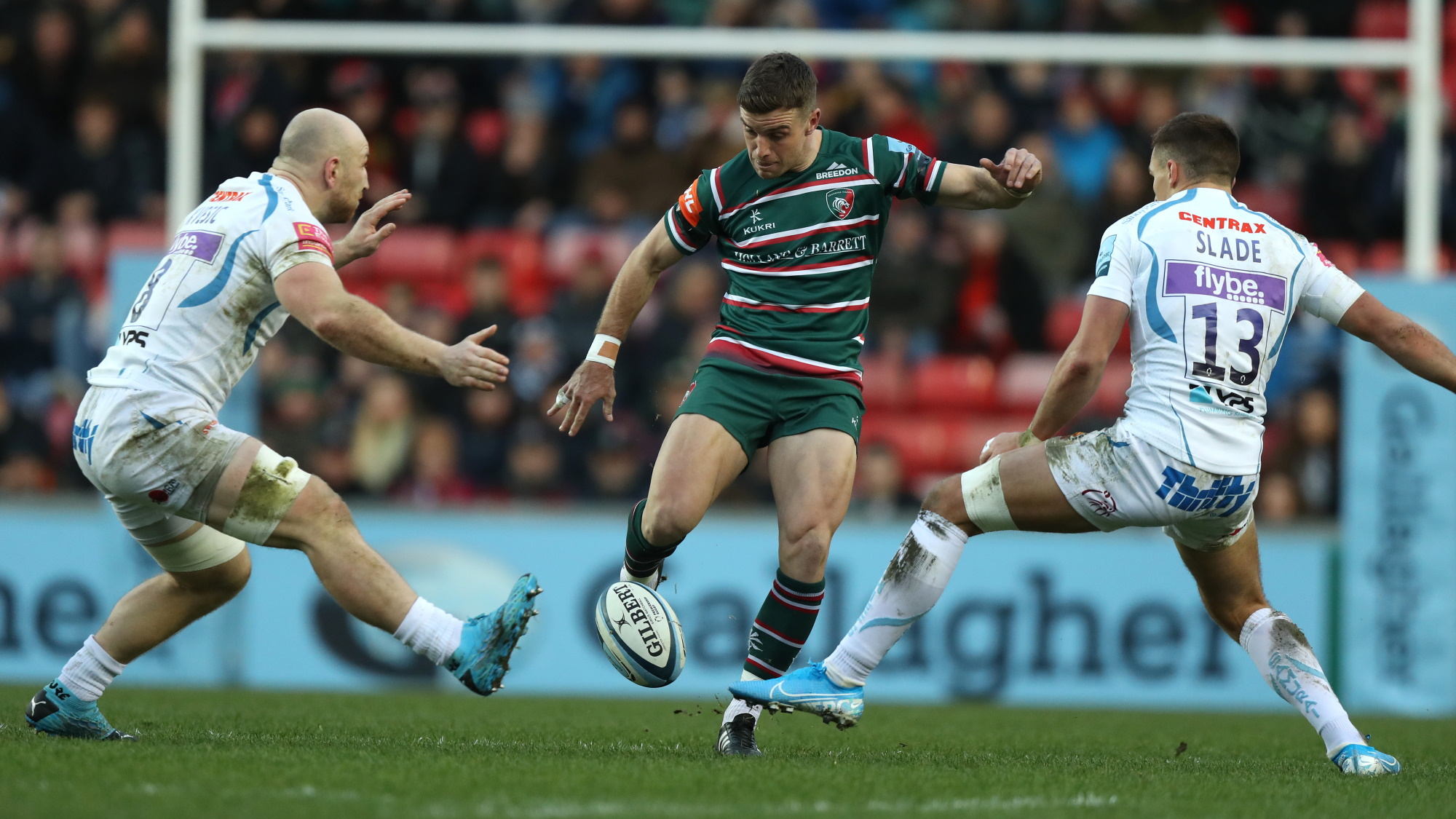 Leicester went from relegation favourites to guaranteed safety during the coronavirus-enforced break, without doing a thing. They probably wouldn’t have chosen to play high-flying Exeter in their first game back, but after five months off, anything could happen. Read on as we explain how to watch an Exeter Chiefs vs Leicester Tigers live stream today and catch all the action from the Premiership rugby restart – regardless of where you are in the world – where it’s free to watch for those in the UK.

The TIgers have Saracens to thank for their reprieve. The reigning Premiership champions may be a club loaded with stars, but they’ll spend next season in the second tier after being deducted 105 points for breaking salary cap rules. With the pressure off, can the Tigers make something of this season?

The game begins at 2pm BST on Saturday, which is 11pm AEST for fans based in Australia, 9am ET / 6am PT in North America, and 1am NZST on Saturday night/Sunday morning in New Zealand.

If you’re in the UK, you can also watch it for FREE on Channel 5. If you’re abroad right now, you can use a VPN to watch the games online just as you would if you were at home.

The bad news is that they’ve lost their talisman – Manu Tuilagi – along with most of their squad. 27 players have walked or been shuffled out of Welford Road, with 17 new faces arriving. Few would have argued that major changes weren’t needed before the enforced break, but the scale of change we’ve seen has been staggering.

Steve Borthwick has a mammoth task on his hands trying to get Tigers’ new signings to gel, but he’ll be relieved that the influential George Ford, Ben Youngs and Ellis Genge have stuck around.

Premiership leaders Exeter Chiefs have come under the spotlight for entirely different reasons, with numerous aspects of their club, most notably their name, crest and mascot, coming under scrutiny. The club’s officials have ruled out the possibility of updating the name and crest, but have decided to drop the club mascot, ‘Big Chief’.

On the pitch, things could barely be better. They’re five points clear at the top of the league and their strongest opposition have been dragged to the foot of the table. But after such a long period of inactivity, could a surprise be in store today?

Read on as we explain how to live stream Exeter Chiefs vs Leicester Tigers online and get quality Premiership rugby coverage wherever you are right now.

Subscription channel BT Sport has the rights to show every single Premiership rugby game for the remainder of the season in the UK. But free-to-air Channel 5 has four games, too, and Exeter Chiefs vs Leicester Tigers is one of them.

As well as being able to watch on your TV, you can also watch online or on your mobile via the My5 app. The app is also available on loads of streaming devices, such as Amazon Fire TV, Apple TV, PS4 and Roku.

The problems start if you’re abroad this weekend…

Wanting to watch the rugby from Down Under or in North America? Just scroll down and you’ll see all your options listed out there. But you’ll run into problems if you try to access that stream online when you’re outside of your country – even if you’re fully registered and in all likelihood paying a subscription fee.

This is because of something called geo-blocking – best thought of as a kind of digital border – but it’s not nearly as scary as it sounds. Simply follow our VPN advice below and you’ll soon be up and running with a great bit of software that allows you to virtually relocate your device back to your country of residence – thereby regaining access to all the streaming services and content you normally enjoy at home.

And don’t forget that a VPN isn’t just for rugby – there’s loads you can do with these clever bits of software. From unblocking restricted sites and watching Netflix in other countries, to adding an extra layer of security for online shopping and banking, Virtual Private Networks offer loads of benefits beyond streaming live sport like today’s match.

How to live stream Exeter Chiefs vs Leicester Tigers in Australia

Rugby fans based Down Under require Fox Sports (via Foxtel or Kayo Sports) to watch Premiership rugby, but Exeter Chiefs vs Leicester Tigers isn’t one of this weekend’s featured matches.

That means the only way we can think of that will let you watch is to grab one of the best VPNs and use it as described above to tune into the coverage from another country.

It’s a similar story in New Zealand, unfortunately. Premiership rugby coverage is provided by Sky Sport, but Exeter Chiefs vs Leicester Tigers isn’t one of this weekend’s four featured games are being aired on Sky Sport 1 this weekend: Harlequins vs Sale (6.40am NZST, Saturday), Worcester vs Gloucester (11.25pm, Saturday), Bath vs London Irish (1.55am, Sunday), and Northampton vs Wasps (1.55pm, Monday). at 6.40am NZST early on Saturday morning.

Exeter Chiefs vs Leicester Tigers live stream in the US

Rugby union fans based in the US can tune into Exeter Chiefs vs Leicester Tigers with NBC Sports Gold, from 11am ET / 8am PT.

How to watch Exeter Chiefs vs Leicester Tigers in Canada

In Canada, Exeter Chiefs vs Leicester Tigers is being shown on SportsNet World at 6pm ET / 3pm PT.