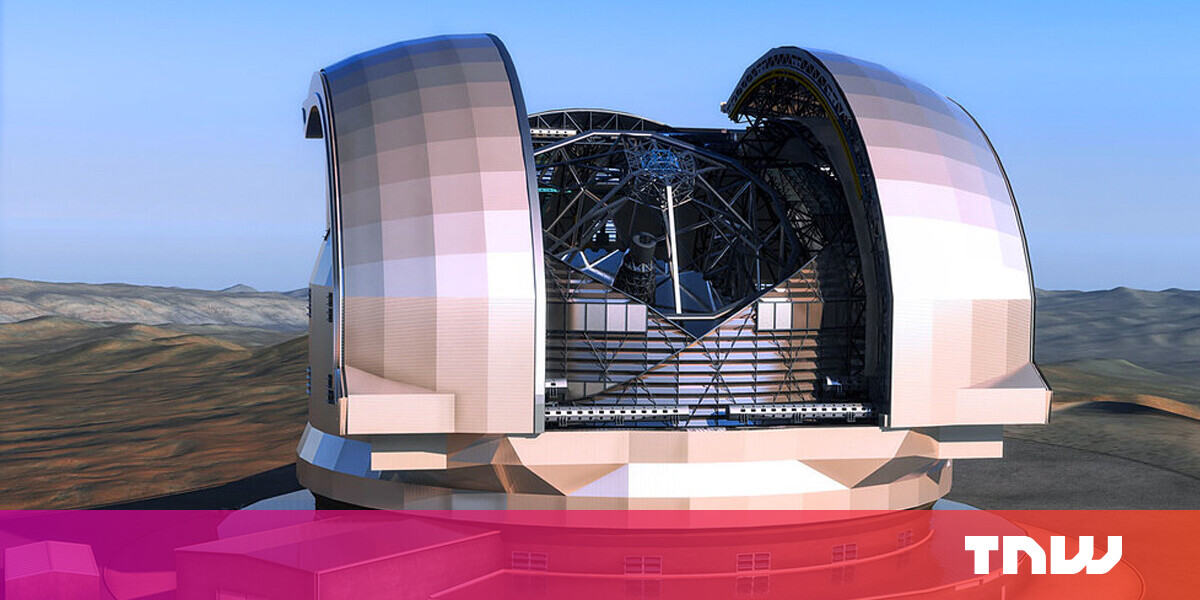 The next generation of telescopes could soon allow astronomers to examine worlds orbiting dead stars for signs of life.

Planets orbiting white dwarfs should be dead — at least one star in their system ran out of fuel and collapsed before expanding back outward, swallowing any nearby worlds. Afterward, the dying star collapsed again, squeezing the star — as massive as the Sun — down to the size of Earth.

A new generation of telescopes, soon to come both on the ground and in space, will allow astronomers to investigate the atmospheres of alien worlds.

The Extremely Large Telescope (ELT) in Chile will provide astronomers with unprecedented views from the ground over visible and near-infrared frequencies. The telescope will be, by far, the largest telescope in the world, gathering 13 times as much light as the second-largest instrument.

The James Webb Space Telescope (JWST), due to launch in 2021, is often called a successor to Hubble, and it will extend the work of the three-decade-old observatory, looking primarily at infrared wavelengths of light.

Both observatories, and other instruments, will be able to study the atmosphere of distant worlds around other stars.

Some of the exoplanets these instruments will look at planets that orbit white dwarfs.

“Rocky planets around white dwarfs are intriguing candidates to characterize because their hosts are not much bigger than Earth-size planets,” said Lisa Kaltenegger, associate professor of astronomy in the College of Arts and Sciences and director of the Carl Sagan Institute.

White dwarfs can contain as much mass as the Sun, packed down to the size of the Earth. Seeing planets pass “in front” of these dwarf stars (as seen from Earth) is a challenging process. However, when planets do pass in front of these diminutive stars, they block a significant amount of light from the white dwarf, and studying their atmospheres becomes easier.

Investigators at Cornell University prepared a spectral field guide, outlining what astronomers might look for when examining these unusual worlds.

“We are hoping for and looking for that kind of transit. If we observe a transit of that kind of planet, scientists can find out what is in its atmosphere, refer back to this paper, match it to spectral fingerprints and look for signs of life. Publishing this kind of guide allows observers to know what to look for,” said Thea Kozakis, a doctoral candidate in astronomy who conducts research at Cornell’s Carl Sagan Institute.

If life on an alien world survived the death of its local star, evidence for its existence could be found in the atmosphere, in the form of distinctive gases. One telltale sign of life like that found on Earth could be methane together with ozone or nitrous oxide.

“[White dwarfs] are similar in size to Earth and have relatively stable environments for billions of years after initial cooling, making them intriguing targets for exoplanet searches and terrestrial planet atmospheric characterization. Their small size and the resulting large planet transit signal allows observations with next-generation telescopes to probe the atmosphere of such rocky planets, if they exist,” researchers describe in The Astrophysical Journal Letters.

Life will find a way. Maybe.

Lisa Kaltenegger, director of Cornell University’s Carl Sagan Institute, discusses the search for life on the nearest exoplanets in the video above.

Naturally, conditions on planets in solar systems with dead stars would be harsh. Life on these worlds would face a series of struggles, but it might, occasionally, survive such a cataclysmic upheaval.

Planets can migrate over time, and worlds can offer biological and physical niches for lifeforms fortunate — or smart enough — to survive.

“The universe is very big — there’s about 100,000 million galaxies in the universe, so that means an awful lot of stars. And some of them, I’m pretty certain, will have planets where there was life, is life, or maybe will be life. I don’t believe we’re alone.” — Jocelyn Bell Burnell

Life is found under even the harshest, coldest, darkest environments of Earth — even far under the seafloor. Successive layers under the seafloor each offer resources on which different varieties of life thrive. Under harsh conditions, primitive lifeforms huddle as thin films in tiny fissures in the rock, where resources congregate.

Tardigrades — the eminent survivors of the animal kingdom — can survive decades without food. One sample of these minuscule creatures may have even survived a spacecraft crashing on the Moon, becoming Earth’s first permanent ambassadors beyond our homeworld.

Through careful, lucky observations, guided by this new field guide, astronomers could soon search for the signs of life on planets around white dwarfs.

If life is ever found around one of these stellar corpses, there exist two major possibilities, equally magnificent. One possibility is that life, somewhere, survived the greatest challenge any planet can face. Another possibility is that on a dead world, orbiting a dead star, life rose anew from the ashes.

Read next: How to copy-paste text from paper to your laptop with Google Lens