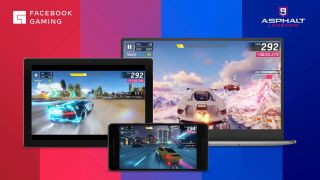 Facebook has launched a new set of cloud-streamed games, which will enable users on Android and the web to play instantly, with no downloads required. It is competing with the likes of Google’s Stadia, Amazon Luna and Microsoft’s xCloud, although the focus is totally different.

As opposed to the console experience on other devices, Facebook’s gaming service is limited to mobile games.

As Jason Rubin VP of Play, Facebook put it, “We believe cloud gaming will increase — not replace — the options to jump into great games. We’re not trying to replace your phone either. We think you’ll find that there are times when jumping quickly into a cloud game is a better option, and sometimes it’s not.”

The games include genres like sports, card, simulation, and strategy games.

“As our beta progresses and cloud technology scales, we’ll increase the variety of game genres. That expansion will start in 2021 with the addition of action and adventure games. Games will launch with in-app purchases and ads enabled, depending on game format and developer choice,” Facebook said.

Cloud game streaming promises to deliver great access to games across every screen. And apparently, Facebook has been at it for some time now, albeit with select beta users.

Stating that cloud game streaming for the masses still has a way to go, Facebook pointed out that it’s important to embrace both the advantages and the reality of the technology rather than try to oversell where it’ll be in the future.

“In the coming weeks we’ll add Dirt Bike Unchained by Red Bull, and we’ll continue to test new experiences and expand the games library in number, type, and genre.”

Facebook has also unveiled an improved and dedicated Facebook Gaming Play destination with developer success as a key priority. “Our newly designed Gaming tab includes updated discovery and re-engagement features to help players find new games, get back into the ones they’ve played, and recommend new games to try.”

Why it is not on Apple devices?

Facebook Gaming is being launched on the web and on Android, but it’s not available on iOS. Facebook says Apple’s App Store terms and conditions is to blame for the situation.

“Even with Apple’s new cloud games policy, we don’t know if launching on the App Store is a viable path,” Facebook said and added “Apple treats games differently and continues to exert control over a very precious resource. Stay tuned as we work out the best way for people to play games when and how they want, regardless of what device they bought”.