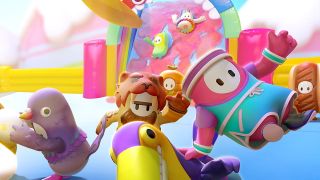 Fall Guys Mobile is happening, but before you rush to the App Store or Google Play Store to download it, the game is only planned for China right now. Any other Fall Guys games you come across aren’t legit, so please don’t download them.

That doesn’t mean we won’t get a mobile version of Fall Guys in other countries soon. The game has been such a runaway success that developer Mediatonic and publisher Devolver will want to cash in as much as possible while the going’s good. And after achieving 7 million sales on Steam and becoming the most downloaded PS Plus game of all time, the going is certainly good.

What is Fall Guys Mobile?

Fall Guys Mobile hasn’t been released yet, but the game is only coming to China as it stands. As revealed by industry analyst Daniel Ahmad on Twitter, a Chinese games and entertainment company called Bilibili has secured the rights to publish a mobile version of Fall Guys: Ultimate Knockout in China.

Chinese games and entertainment company Bilibili has secured the rights to publish a mobile version of Fall Guys: Ultimate Knockout in China.The game released for PC and PS4 on August 4, 2020 and has become a viral hit.#FallGuys https://t.co/BjElzemUGr pic.twitter.com/EBgYq3pck5August 22, 2020

The game is likely to play and look a bit different from the console and PC version of Fall Guys, but the winning formula of playing as a bean-like character dressed as a pigeon should remain. With online play an important part of Fall Guys: Ultimate Knockout, it will be interesting to see whether the player count is increased or decreased from the current 60 player total.

The game is also planned to be called Jelly Bean: The Ultimate Knockout according to a Bilibili webpage that was accessed by Esports Observer, but is now no longer accessible.

When will Fall Guys Mobile release?

Fall Guys initially released on PC and PS4 on August 4, 2020 but we don’t know how long the mobile version has been in development, if it has at all. With Bilibili only just securing the rights, we’d be surprised if the game released this year in China. If it does come to the West, we expect Fall Guys Mobile to arrive sometime in 2021.

What is Fall Guys: Ultimate Knockout?

But what is Fall Guys anyway? Well, it’s a bonkers battle royale game where you and 60 other players compete to be the last bean standing. To do so, you’ll have to overcome challenging obstacle courses and be on the winning side in team-based minigames. It’s easier than it sounds, and a ton of fun.

Players can unlock various costume combinations to dress their bean however they desire, and the game is set to receive Medieval-themed content as part of a Season 2 update in October. We’re dressing up as a dragon for sure.

How much will Fall Guys Mobile cost?

Fall Guys: Ultimate Knockout costs $19.99 (£15.99 / AU$24.99) on Steam and PS4, however, it is currently free for PS Plus subscribers. We wouldn’t be surprised to see Fall Guys Mobile adopt the free-to-play model, as the game features in-game purchases and microtransactions.