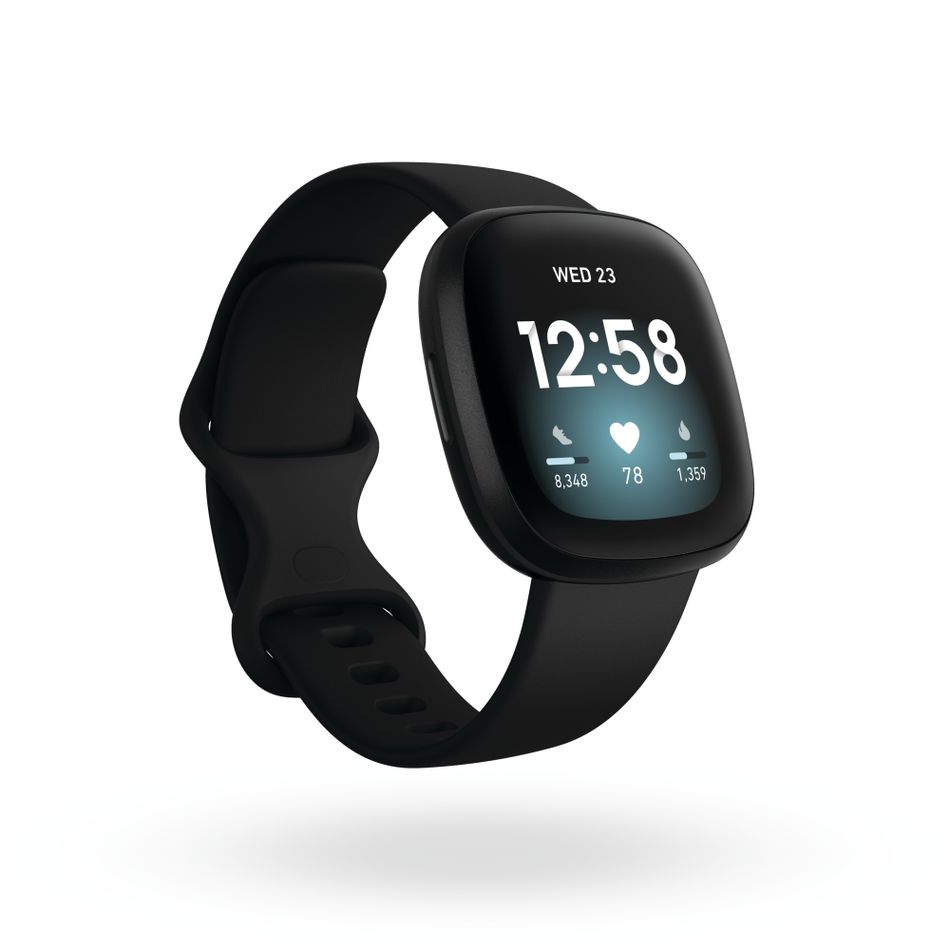 Fitbit hasn’t forgotten about the wearables that have paved its way. The company, which just announced the Sense as its latest flagship, is back with minor refreshes for two of its other popular fitness trackers: the Versa 3 and Inspire 2.

While the updates aren’t necessarily groundbreaking when compared to previous iterations, there are a few additional features here worth noting. The Inspire 2 gets longer battery life and some new fitness features, while the Versa 3 now packs built-in GPS (say bye-bye to your phone) and fast charging.

Whether you’re in the market for a smartwatch or a basic fitness tracker, here’s what you can expect from Fitbit’s new Versa 3 and Inspire 2.

For the most part, the Versa 3’s design remains unchanged, although it more closely resembles the Fitbit Sense than it does its predecessors. It features a rounded aluminum case with an AMOLED display — all of which is water-resistant up to 50 meters.

The Versa 3 finally has built-in GPS (as opposed to connected GPS on the first two Versa smartwatches) so you can track your workouts without having to worry about carrying your phone. By leveraging the on-device sensor, you can also rest assured that your mileage and pace will be tracked a lot more accurately, too.

With Active Zone minutes (a feature users may know from the Charge 4), the Versa 3 can now track heart rate zones (i.e., fat burn, cardio and peak) to help users monitor their workout effort.

Meanwhile, with heat maps, the Versa 3 can use the on-board GPS to track the intensity of your workouts using the heart rate zones. So after you’ve completed your run or biking session, for example, you can review the different zones you hit along your route and analyze where you can improve on various terrain.

The Versa 3 will also offers users the choice between two voice assistants: Amazon Alexa or Google Assistant. And this time around, the Versa 3 comes equipped with both a microphone and speaker. So, you’ll not only be able to ask your preferred voice assistant questions, but also hear its response rather than simply read it on the display.

As for battery life, Fitbit says the Versa 3 can last over six days on one charge (depending on your usage). But this time around, it comes with fast charging capabilities, which the company claims can  give you a full day’s worth of juice in only 12 minutes.

When Fitbit launched its Inspire lineup last year, it offered two options: the Inspire and the Inspire HR. The only difference between the two being that the Inspire HR, as its name suggests, comes with a heart-rate monitor and a $20 price bump.

But this time around, Fitbit’s second-generation Inspire is only available in one variation — with the heart-rate sensor included. And it makes sense, seeing as how the heart-rate monitor allowed the company to include a ton of features into the compact device.

In addition to tracking your beats per minute (BPM) throughout the day, during workouts, and at night to help determine your sleep quality, you’ll have access to information like your Cardio Fitness Score (which measures how fit you are) and heart rate zones to determine when you’re in fat burn, cardio, or peak zones while exercising.

Speaking of those heart rate zones, the Inspire 2 also features Active Zone minutes. As with the Versa 3, it allows you to gain a better sense of how hard you’re pushing yourself during workouts by notifying you each time you switch zones.

The fitness tracker also tracks over 20 different exercises, reminds you to move throughout the day, and has connected GPS so you can log your pace and distance when going for bike rides, on walks, or for runs.

At night, you can wear it to track your sleep quality (including sleep stages like REM, deep, and light sleep) and then monitor your Sleep Score each morning to see how well you slept.

The most notable change is the battery life, which Fitbit has doubled to last ten days. While that all depends on how much you actually use the Inspire 2, it still means you can very likely squeeze over a week out of it before having to place it back on the charger.

Additionally, those who purchase the Inspire 2 will also receive a one-year subscription to Fitbit Premium for free so you’ll have access to more in-depth data on your health and fitness along with an extensive library of workouts.

Both the Versa 3 and Inspire 2 are currently on pre-order for $99.95 and $229, respectively, with full availability set for late September.