Foldable iPhone: what we want to see 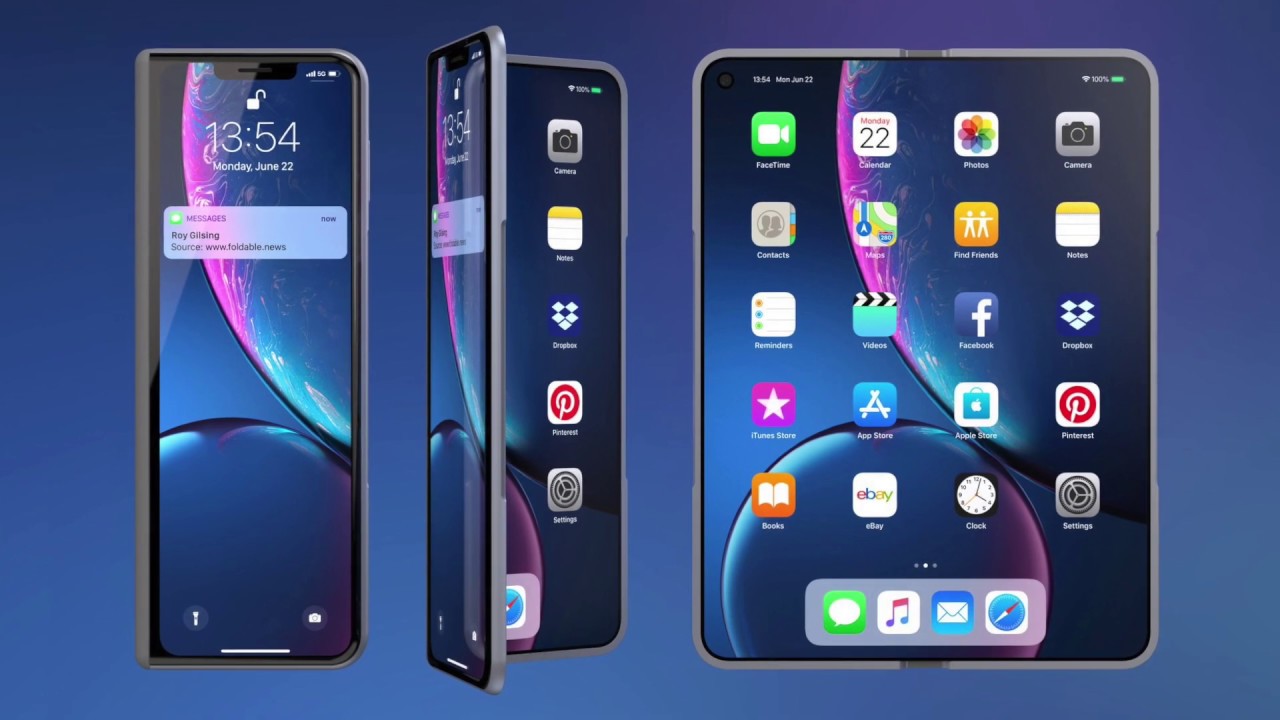 We’ve been hearing rumors for years that Apple has been working on a foldable iPhone, and so far, that’s all they are: rumors. But enough have cropped up to suggest design elements and features that may come to the final device.

How long Apple has been working on a foldable phone is unclear, but the tech giant infamously keeps its projects under wraps until it’s ready to reveal them. Likewise, Apple has typically taken its time releasing its own take on new devices, so we wouldn’t be surprised if we saw the iPhone 12 come out later in 2020 before a foldable iPhone.

But getting a foldable phone with a level of Apple polish sure is enticing. Only a few of the devices have been widely released, and phonemakers haven’t ironed out some of the bigger issues, like display durability and battery life.

There’s the old sentiment that the age of the smartphone didn’t truly arrive until the first iPhone came out in 2007 – and while that oversimplifies phone evolution, it also speaks to how much Apple’s product designs influence types of devices.

For better or worse, there’s a reason we have widespread facial recognition but far fewer headphone jacks, for instance. But the resulting Apple product will very likely be the most refined version of a foldable we’ve yet seen.

Here’s everything we’ve heard – which, right now, isn’t much – and what we’d like to see in a foldable iPhone.

Sadly, we haven’t heard anything remotely close to an idea of when the device will be coming out, much less a solid foldable iPhone release date.

Heck, we’ve only heard rumors about patents and leaks, like this one from Jon Prosser, that talk about a ‘current prototype,’ suggesting that Apple may not have even finalized a design. Prosser went on to confirm that the tech giant was working on a foldable, but implied that it wouldn’t be coming this year.

We may be a ways off from a commercially-available foldable iPhone – but given how well the company keeps its new designs under wraps, the device could be farther along than we suspect.

At this point, foldable iPhone rumors fall broadly into two camps: one which suggests the device will have a true folding display, and the other suggesting two distinct screens separated by a hinge.

Several designs were revealed in a patent dump back in February 2019, some with a large display on the inside of folding sections with a single hinge, while another had two hinges for a hypothetical three displays that fold in on themselves in a Z-shaped formation.

This design shows how an iPhone could look when folded.

These two designs show possible ways the screen could store in the body of the device when folded.

This design shows what a device would look like when folded into three sections.

Other patents, like the one discovered in March 2020, reveal Apple could be working on a foldable with two distinct displays separated by a hinge. While the patented design suggests the tech giant would attempt to minimize the bezel between the screens as much as possible, it would still be more noticeable than a truly folding long display.

While it’s purportedly just a ‘current prototype’ and not a final design, it’s described as having rounded edges like the current iPhone 11, unlike the alleged squared-off edges we’re anticipating in the upcoming iPhone 12. There’s also no notch for front-facing cameras: the sensors checking Face ID will be housed in a ‘tiny forehead’ on the outer display, according to Prosser.

And that’s all we’ve heard about the design, which is far from presenting a cohesive image of a foldable phone design.

Foldables bridge the gap between phones and tablets, but the ones we’ve seen released, like the Samsung Galaxy Fold and Huawei Mate Xs, have packed the best cameras featured on those brands’ other flagship phones.

While there’s no reason to guess Apple wouldn’t do the same, the tech giant hasn’t bothered to upgrade the cameras on its iPads in generations. Given the iPhone SE 2020 didn’t seem to improve on the lens of its predecessor, the iPhone 8, we could see Apple save costs by opting to give its foldable iPhone a single camera instead of the full suite seen in the iPhone 11 Pro and 11 Pro Max.

One way Apple could surpass other foldables: introduce Apple Pencil support. While we expected Samsung to introduce stylus integration with its foldables, rumors have gone back and forth over whether the upcoming Samsung Galaxy Fold 2 will pack an S Pen stylus (seen in the Galaxy Tab S6 and Galaxy Note 10).

Given how the Apple Pencil 2 attaches magnetically to the newest iPad Pro tablets, we’d love to see how Apple’s styluses could be integrated with its foldable iPhone.

Yes, we’ll say it: even though the first round of foldables have been impressive for simply pulling off folding screens, they’ve come with design weaknesses, from hinge issues to cracking screens. We’d love to see a design that makes everything move smoothly and stand up to punishment.

Not that Apple’s lineup is unimpeachable, as crackable iPhone displays, malfunctioning butterfly keyboards, and battery-throttling on older iPhones have shown. But in looks and function, at least, Apple has maintained a reputation for sleek and functional design.

When iPadOS split off from iOS, we got excited for the possibilities of a new operating system forking off to truly take advantage of iPad screen real estate. Thus far, we’ve been pretty pleased with the multitasking features that let us pull up multiple apps at the same time, which we’ve found personally handy in writing in Google docs while looking up stuff in Safari, for instance..

We’d love to see a version of the OS in the foldable iPhone for the same reasons, though of course, there’s a lot of unknowns. Will the device’s display be large enough to properly handle the iPadOS controls? If it expands to 7.9 inches, the size of the iPad Mini’s screen, it conceivably could be able to, but until we know what the foldable will look like, it’s unclear how good a fit iPadOS will be.

Foldable phones like the Galaxy Fold and Huawei Mate X have had respectable battery life for first-generation devices, but we’d like more in Apple’s take on foldable phones. iPhones in general aren’t known for lasting longer than a day, and flagships from Samsung and Huawei pack larger-capacity (in sheer milliamp Hours) batteries that seem to take them past the one-day mark handily.

We’d like Apple to use the extra device space to keep its own foldable last longer than the competition.