Fortnite has suddenly vanished from the App Store – here’s why [updated: the Google Play Store, too] Fortnite chapter 2 season 3 arrives 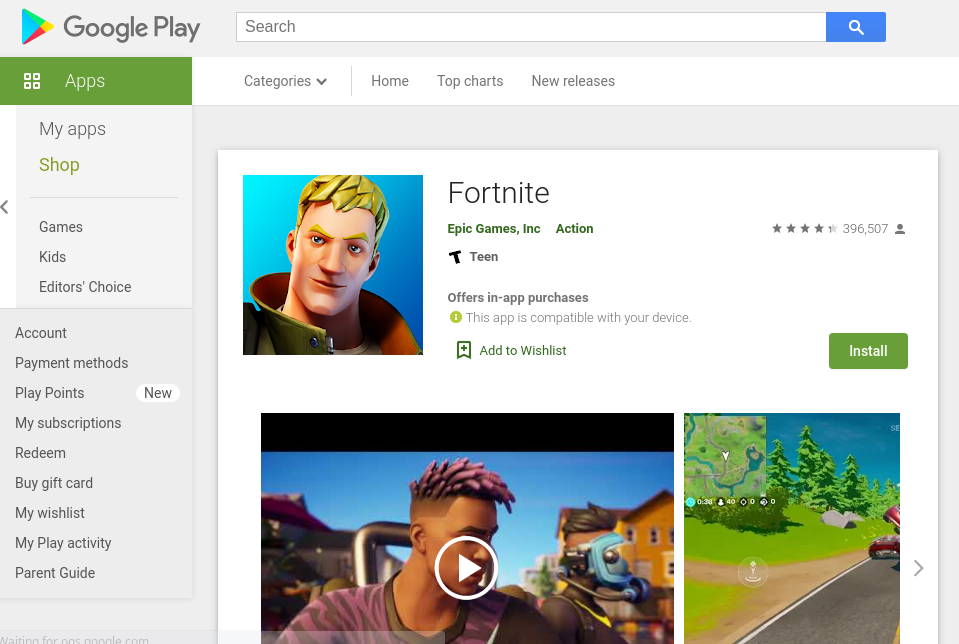 Fortnite suddenly disappeared from Apple’s App Store, and while we haven’t heard an official reason yet, it was almost certainly removed because the game introduced direct payment within the app to circumvent the App Store’s infamous 30% cut.

Earlier today, Epic Games publicly announced that players would be able to buy V-bucks, Fortnite’s in-game currency, from within iOS and Android mobile apps (and at a 20% discount, even – a rate Epic claims will be the new normal so long as they buy directly from Epic).

Within hours, the game was taken down from the App Store without explanation. Currently, it’s still live on the Google Play Store.

Fornite just has been scrubbed from the iOS App Store. 😳🪂 pic.twitter.com/CrVlX8Od0nAugust 13, 2020

And within hours after that, Epic Games had filed a lawsuit against Apple, taking aim at Apple’s ‘anti-competitive restraints and monopolistic practices’ in software-distributing markets, aka the App Store.

It’s obvious Epic was waiting for Apple’s predictable actions and had its legal response ready to go – but the gaming giant wasn’t going to keep the fight within the courts. Epic released a YouTube video recreating Apple’s own famous ‘1984’ Superbowl ad, but replaced the iconic hammer-throwing heroine with its own Fortnite characters tossing the series’ well-known unicorn axe into a screen instead. A screen displaying an apple-headed lecturer droning on about control. Subtlety.

Of course, Epic wasn’t just going to let folks discover the YouTube video: apparently the company played it inside Fortnite games, much like the in-game concerts we’d seen over the last year.

no one could predict this timeline pic.twitter.com/8ReuUm11eSAugust 13, 2020

Speaking of ready-to-go, Epic has put up a separate FAQ telling iOS Fortnite fans who’s at fault for the game being pulled from the App Store, what Epic is doing about it, and, naturally, what hashtag gamers should use when complaining about the situation.

The FAQ does helpfully point out that Fortnite is still playable on iOS if players had previously downloaded it – but since new content requires an update that needs to be downloaded from the App Store, they won’t be able to experience anything in Fortnite Chapter 2 – Season 4 when it starts, which should be before the end of August.

Apple released a statement to media stating in no uncertain terms that Epic’s actions violated App Store guidelines, which are applied evenly to every developer on the platform:

This all started from a simple decision Epic make to let players buy V-bucks directly from Epic instead of routed through the App Store, thus avoiding the 30% cut. Earlier, Epic added a second ‘Epic direct payment’ option to its in-app listing to buy V-bucks within Fortnite – and this option is pointedly cheaper. Here’s how the screen looks:

It’s pretty obvious which option Epic expected players to choose, though the company noted that it may drop the App Store/Play Store V-bucks price in the future: “If Apple or Google lower their fees on payments in the future, Epic will pass along the savings to you.”

‘Passing the savings along’ yet challenging Apple’s rules

‘Passing the savings along’ is the angle Epic is taking to explain the change, going so far as to preemptively publish an FAQ explaining why the company introduced the option for players to pay directly: “By offering an alternate payment system, we’re not only offering players more choice, but we’re able to pass along the savings to players.”

The FAQ also reassured that direct payments are safe, while not-so-subtly noting that other apps for Amazon, Grubhub, Best Buy, Uber, and more have been approved by Apple to handle in-app payments. Why not Fortnite, the FAQ response essentially asks, stating that “we think all developers should be free to support direct payments in all apps.”

Epic went ahead and implemented direct payments anyway in a seeming challenge to Apple, which has responded as expected – by taking the app off the App Store. That’s exactly what Apple did recently to Hey, an email service from Basecamp that allowed in-app purchases – and while the two companies were able to reach an agreement, it required some strange compromises, like granting folks a 14-day free trial from within the iOS app…which had to be transitioned to a paid account elsewhere.

Apple has a reputation for bullishly defending its 30% cut out of purchases within the App Store – the percentage only drops to 15% for subscription payments after a year. While the App Store has cleaned up the safety and security of software on its platform in the 12 years since it went live in 2008, the 30% tithe remains a sticking point for developers, especially as other stores arrive committing to lower cuts of software sales – Epic has loudly trumpeted the 12% it takes out of Epic Store sales.

While Epic has the size and resources to challenge Apple in ways that smaller developers can’t, the company has backed down before, notably submitting to Google’s 20% cut in order to get Fortnite on the Play Store after existing as an external download on Android phones for 18 months.

Whether Epic or Apple balks first, time will tell – but at the moment, Fortnite is live on Google Play with its direct payments intact, handing a win to the gaming giant.