Games of the Generation: Control is the best time you’ll have in a paranormally-warped office Control 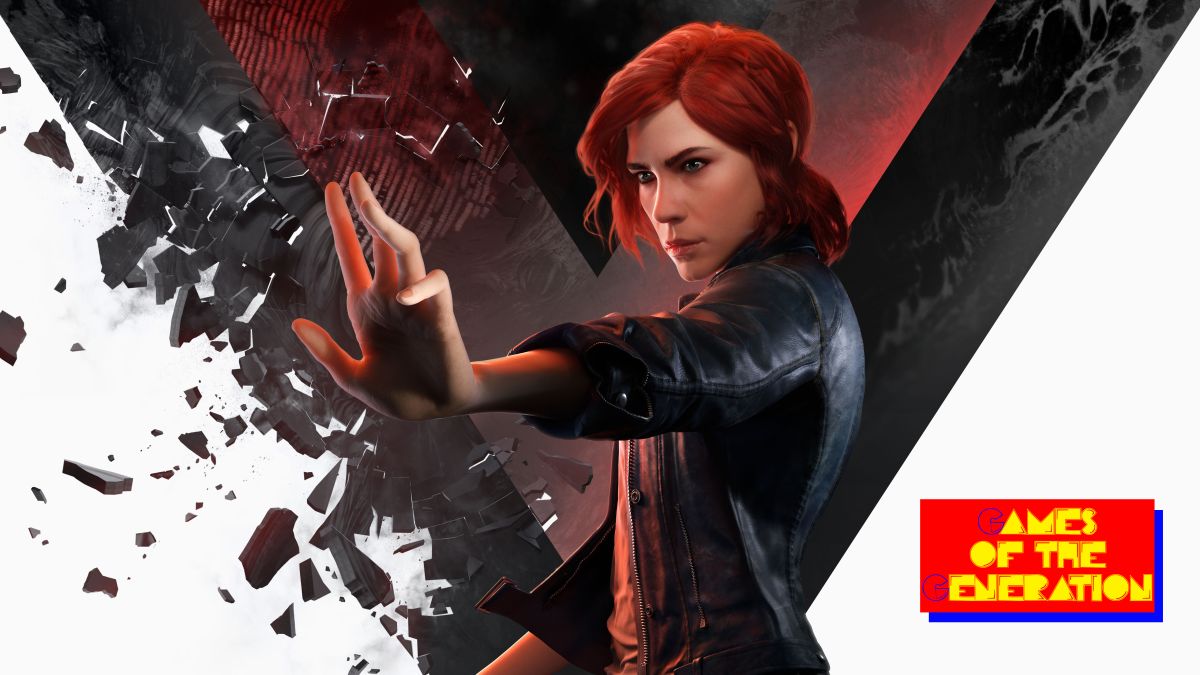 Games of the Generation

With the PS5 and Xbox Series X now out in the wild, TechRadar is looking back at the games that made this generation great. This week’s entry? Control (2019).

In Control, the conflict is in the title: you play Jesse Faden, a scrappy drifter seemingly closing in on the end of a mystery when she steps in the doors of a New York City skyscraper serving as the headquarters of the Federal Bureau of Control. Inside is her long-lost brother, she believes. But the shady government agency is in chaos as an interdimensional enemy infests every strange corner of the building. It’s up to Jesse to regain…you get the picture.

Like Remedy Entertainment’s prior landmark hit, Alan Wake, Control is a third-person shooter-adventure with a setting heavily influenced by beloved media – in this case, The X-Files styled in the era of Mad Men – for players to explore what happens when the mundane meets the truly weird. It’s this exaggerated sense of place, combined with paranormal horror and thrilling gunplay, that sells an experience of unnerving fun.

Control’s execution of its idea is what earns it a spot among our Games of the Generation, but the premise deserves praise, too: it’s one of very few on the list that is an original IP, not a polished sequel of an already-celebrated franchise. When Jesse walks into the FBC HQ, players discover the game’s world alongside her, uncovering more questions than answers.

But boy, is it a joy to figure out what we can.

Players spend the game leading Jesse deeper into the FBC HQ, a brutalist concrete building around an ancient paranormal nexus called the Oldest House, as she engages with the bureau’s collection of reality-warping artifacts while beating back the interdimensional Hiss, who are using the building as a beachhead for global invasion.

Jesse, a drifter with her own share of secrets, is pressganged into leadership as the new Director of the FBC, unraveling its history of a dynasty of pencil-pushers attempting to contain ‘paranatural’ weirdness so the rest of us can live our boring, normal lives.

Thankfully, the perks of Jesse’s new job include a shapeshifting gun and a growing array of telekinetic powers, which players use to wipe out Hiss enemies – actually possessed office drones and security forces from the FBC’s ranks – with joyous abandon. Ripping chunks of concrete from the walls to hurl at foes while dashing and hovering mid-air to get better angles for well-placed shots is a riot. Every new map waypoint you’ve wrested from Hiss control after an extended firefight feels like a well-earned win for Team Humans.

Gunplay and psychic powers are great, but they’re mere foreground for the true joy: figuring out what the hell the FBC is and how it royally screwed up this Hiss thing. Scattered around the delightfully retro offices are the usual selection of text reports, audio logs, and videos that drip-feed lore, as Gaming Law requires. Given it’s a game about containing the paranormal, of course, a lot of these are lively anecdotes about when a weird thing came to town, often told as a delightful skewering of Americana.

This is old hat for gaming these days, but Control is envisioned through Remedy’s distinct humor, and the result is an adventure mystery that doesn’t take itself too seriously. Instead of the sleek Men in Black, it’s the government bean counters battling the otherworldly with outdated guns and bureaucracy.

The game delights in the combination of mundane civil servants barely keeping a lid on cursed rubber duckies and refrigerators while the unsettlingly invasive Hiss threaten to tear apart order. You will be guided by the spirit of the old Director, but you’ll have to pick up a rotary phone to hear his rambling advice. You will teleport through space and time within the Oldest House, but you’ll do it by strolling through the most forgettable motel.

As serious as you want

The game skirts a fine line between empowering the player and subverting power fantasies, and therein lies its charm. The leather jacket-clad Jesse is the coolest person in the building, so obviously she would be chosen to lead the remaining desk jockeys and security red shirts in liberating a building filled with weird secrets. Players will feel badass until they get humbled by tough bosses or bizarre (though gleeful) situations of upended reality. While fight to regain territory, but also to understand more about the wondrous, terrifying nature of the Oldest House.

But it’s Jesse exerting control over her own narrative, too. From the game’s opening moments, she enters the FBC building with a few clues and plenty of questions about the paranormal events she experienced as a child, which took her brother and left her with a guiding extradimensional entity of her own. As she discovers how much her own history is intertwined with FBC’s mission to contain weirdness from the world, she grows increasingly confident – not once she gets enough answers, but because she learns to take action without them (and kick serious ass).

Control isn’t perfect, with difficulty spikes and an unsatisfyingly abrupt ending (thankfully, two DLC explore more of the game world’s mythology). But Remedy delivered a gem of an original AAA game in a sea of sequels and franchises – one built around an evocative setting and central mystery that taps into the human conviction that there’s always something weirder going on if you could but see beyond the edges of normal. Pair that with some serious graphical potential (it was one of the first games with ray tracing), stellar voice acting, good writing, and some truly sublime moments (Ashtray Maze!), Control is truly one of our Games of the Generation.

Among Us developers explain why new features are taking a while

Among Us developers explain why new features are taking a while