Games of the Generation: Dragon Age Inquisition and the art of hiding a dragon null 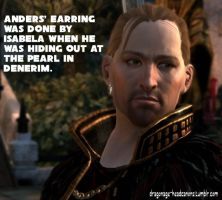 Games of the Generation

As we approach the launch of the PS5 and Xbox Series X, TechRadar is looking back at the games that made this generation great. This week’s entry? Dragon Age: Inquisition.

Games love a dragon. They’re big, they’re noisy, they fly about and they hurl massive fireballs at you. They’re incendiary dinosaurs with wings, George R. R. Martin’s luftwaffe, the stuff of dreams and nightmares.

The problem is, most games get it all wrong. Within a couple of hours of playing Skyrim, for instance, you get to a point where they just drop out of the sky, lay themselves upon your sword and die. Or they’re airlifted into a game to raise the stakes when the developers can’t be arsed to conjure a more original, plausible villain – like the moment when GTA clone True Crime: Streets of LA (an otherwise relatively grounded open world title) puts your pistol power up against a Chinese dragon.

Dragon Age: Inquisition, however, gets its dragons just right. The last really good game that BioWare made, its scaly beasts exist right in the goldilocks zone of dragon creation. Each unique, each monstrous, but each also conquerable with a bit of patience and planning.

Dragon Age: Inquisition as a whole, is one of the best traditional RPGs of modern times, unfairly overlooked in the light of recent champs like Divinity: Original Sin 2. It has all the charm of what once made BioWare great – a swashbuckling, bickering cast of characters to love and loathe, a gigantic world full of secrets and distinct settings to explore, and the premium polish to make that high fantasy world come to life.

It’s never better than when you’re hunting one of its 10 dragons. BioWare is known for its world-building, but the way it introduces each of these epic bosses is a masterclass in build up and suspense.

Take the first dragon you’re likely to encounter, the Ferelden Frostback in the semi-open world’s Hinterlands area. You can hear something in the distance, but aren’t sure what it may be, though there’s evidence across the landscape of some fiery destructor wreaking havoc. Travelling north, you’ll encounter a stony cave, leading onto a chasm charred and burning. It’s not looking good. Just as you’re about to leave the chasm, something gigantic swoops overhead, causing a rockslide into the canyon. Navigate its pathway and you open out onto the dragon’s lair – a huge arena-like space complete with rocky spire and cliff-side nesting spot. This is the Frostback’s domain, and you’ll be lucky to get out of here alive.

There’s a real sense of drama to the battle that ensues – something that can be lost in party-based RPGs of this kind. The dragon is majestic and dangerous, flying out towards the burning sun, before hurling giant molten fireballs at you, crashing to the ground with a whip of the tail and sending its dragonling minions towards any of your party that may be straggling.

Though it’s accessible early in the game, it’s a real challenge – you’re unlikely going to be able to defeat it upon your first encounter, so you mark the location, set off out into the wilderness and, once you’ve got a few more conquests under your belt, you return. Though never easy even after a bit of levelling, you return with knowledge and experience, and fell the …er… fell beast. It’s exhilarating, and duly rewarding –some of the best loot in the game can only be found by conquering these battles.

And to think there are nine more to come, from those flying through a coastal lightning storm, to one nesting and awaiting its prey in a giant Colosseum-like amphitheatre.

Approaching six years since its release, we wait with bated breath for the forever delayed Dragon Age 4. But the memories of those dragon battles haven’t faded in the meantime. Perhaps it’s about time you went on another hunt, for old time’s sake.