Games Without Fans Could Help Level the Playing Field 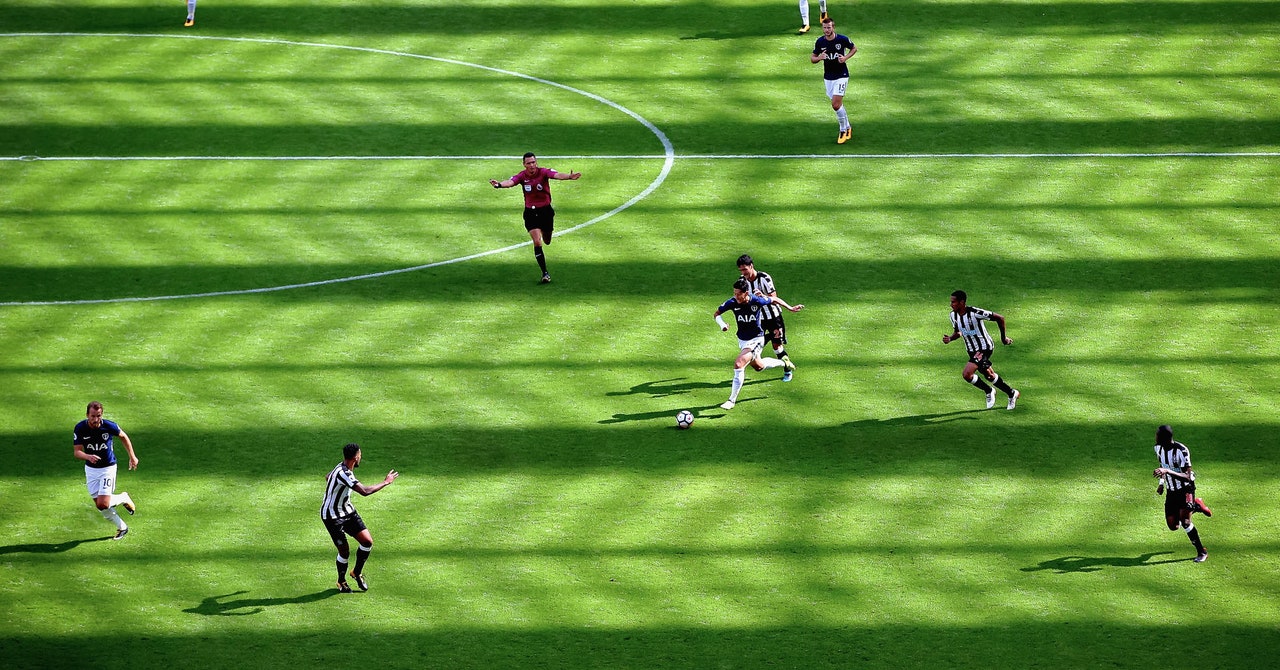 Football fans have always been convinced that referees are biased against their team, and for a while, they were actually right. In the years after the Second World War, teams in England were significantly more likely to lose when playing away, due largely—it’s thought—to the influence of the boisterous home support on the decision making of the officials.

This home advantage still exists across a range of sports—it’s around 60 percent in football and baseball, and around 70 percent in basketball. But, according to Alan Nevill, a professor in sport at Wolverhampton University, its effects have diminished considerably over the years. It was as high as the equivalent of an extra goal a game in the post-war years, but now stands at around half that.

That’s still enough to potentially play an important role in the remainder of the Premier League season, which could resume behind closed doors under plans being discussed by the division’s clubs. Playing games without crowds seems almost certain to go ahead, and there have been proposals to use neutral venues to minimize the risk of spreading coronavirus further. It’s even been suggested that the entirety of next season could be played with no supporters, with restrictions on mass gatherings unlikely to be lifted for some time.

Some clubs and fans have argued that the proposals for playing without fans risk threatening the integrity of the competition, which is usually balanced by teams playing each other home and away over the course of the season. But sports science research suggests that playing behind closed doors could help level the playing field, by reducing refereeing bias, and helping players perform to their best.

“In my research we find that the home advantage still exists, even if there is no crowd,” says Niels van de Ven, an associate professor at Tilburg University. In 2011, he analyzed games between teams who share a stadium—such as Inter and AC Milan—to control for the impact of the physical setting. “In games in which both teams are equally familiar with the stadium (they share it) there is no home advantage,” he says. “All in all, this seems to suggest that familiarity with the stadium (the pitch specifics, but also the ease of your experienced routine) is more important for the home advantage than the crowd is.”

However, more recent research on a wider set of games has found the opposite effect. In 2014, researchers Michela Ponzo and Vincenza Scoppo found that even when teams shared a stadium, the “home” teams scored 0.45 goals more than the visitors, and were about 13 percent more likely to win.

Harvard researchers looking at Premier League games have found that home teams scored an extra 0.1 goals on average for every 10,000 extra fans in attendance. This, they argue, was largely due to the crowd’s influence on referees, who were more likely to give red cards to the away team, and penalties to the hosts. “It’s difficult to say, and almost impossible to prove, but based on my research I would say that more than half of the home advantage comes from the crowd and the possibility of the crowd influencing the referees,” says Nevill.

His own research has demonstrated the effect that crowd noise can have on officials. In 2002, he carried out a study where 40 qualified referees were asked to assess recordings of various tackles, either with or without background noise. He found that the background noise made referees more uncertain, and less likely to award fouls against the home team. (He argues that VAR reviews should always be played back without sound to minimize this source of interference.)

So, a lack of crowds could actually lead to fairer outcomes for the teams that would have been playing away against sides with larger grounds—although obviously not all sides will benefit equally, as the CEO of relegation-threatened Brighton and Hove Albion, who play at the Amex Stadium, was quick to point out recently. “Five of our nine remaining matches due to be played at the Amex—all five matches are very difficult but four are against some of the biggest clubs in European football,” Paul Barber said. “The disadvantages of us not playing the league’s top teams in our home stadium and in familiar surroundings, even with 27,000 Albion fans very unlikely to be present at the Amex, are very obvious.”

Midwestern oil and gas scholarship 2022/2023 for both secondary school & university students. Vergleichen. Since then she has chosen tango as her voice and her true passion.