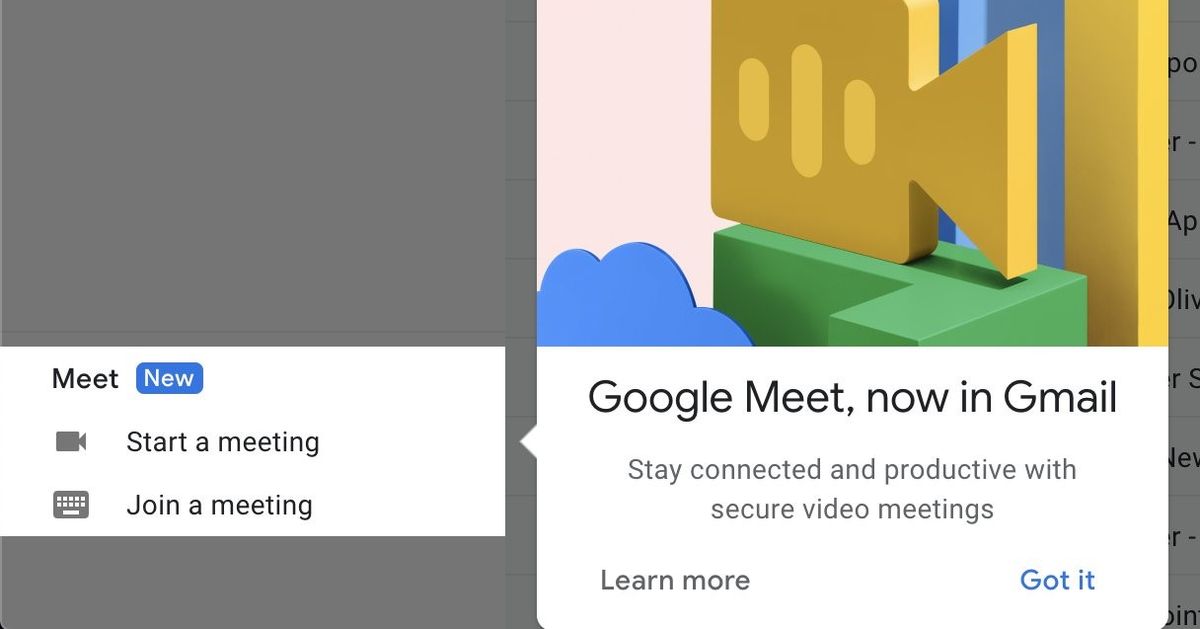 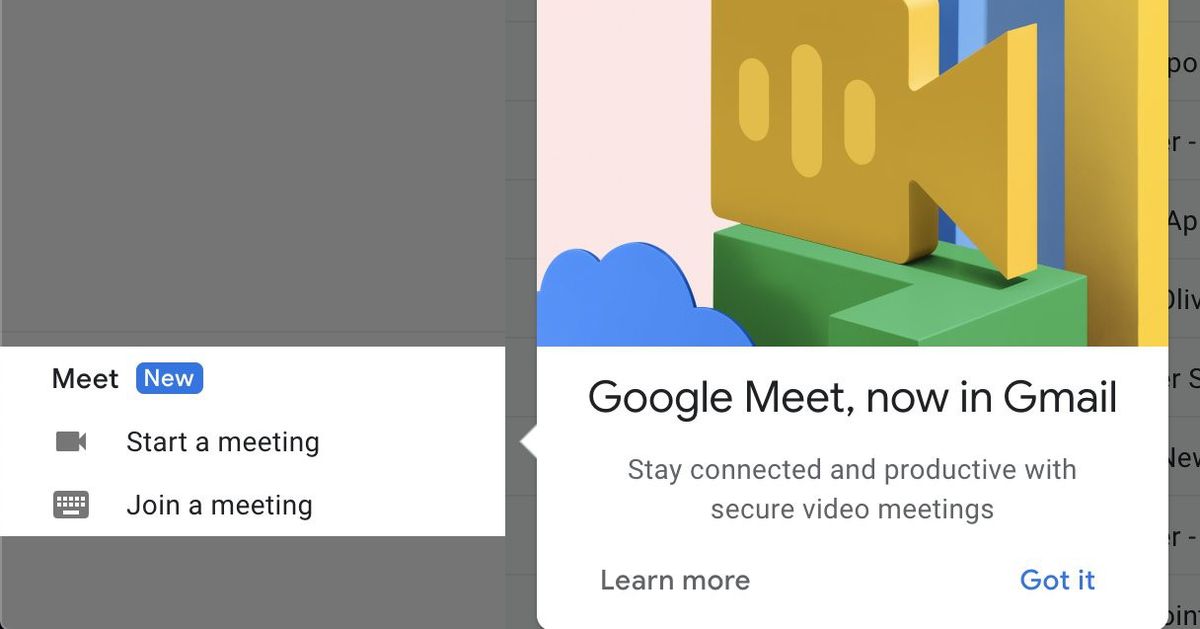 Google has wasted no time integrating its Meet videoconferencing into Gmail, with some users already seeing a link to launch Meet in the left sidebar of the Gmail interface. Formerly available only to its enterprise and education customers via G Suite, the company said last week that it was making Meet free to anyone with a Google account and allow meetings of up to 100 people with no time limits.

Putting Meet front and center is Google’s latest attempt to go head-to-head with Zoom, the ubiquitous videoconferencing app that has so far ruled the stay-at-home era. Meet will have some privacy controls that Zoom has lacked (resulting in instances of “Zoombombing”). You can’t just click a link to join a Meet; you’ll have to log in to your Google account. If the meeting host (Meet host?) has not invited you, you’ll be sent to a waiting area until the host approves you. And unlike Zoom, the free version of Meet won’t have dial-in landline numbers for meetings.

Google and Microsoft are starting to catch up to Zoom in the videoconferencing space (although questions abound about how much Zoom actually has grown). Microsoft has grown its Teams app to 75 million daily active users, the company said last week during its earnings call. And Meet is adding about 3 million new users daily, according to Google, recently passing 100 million daily Meet meeting participants.

But Google always has been a little disorganized in the videoconferencing / chat department. (Remember Gchat? And Allo?) Until last month, Meet was still called Hangouts Meet, for example. And Hangouts Chat (Google’s Slack competitor), is also still around, even if it’s been demoted in Gmail’s left sidebar to give Meet better positioning. That leaves Google with Hangouts Chat, Meet, and the original Hangouts (although it’ll be phased out soon), along with the Android Chat app and mobile video chat app Duo.