Google will soon block battery-draining ads from loading in Chrome 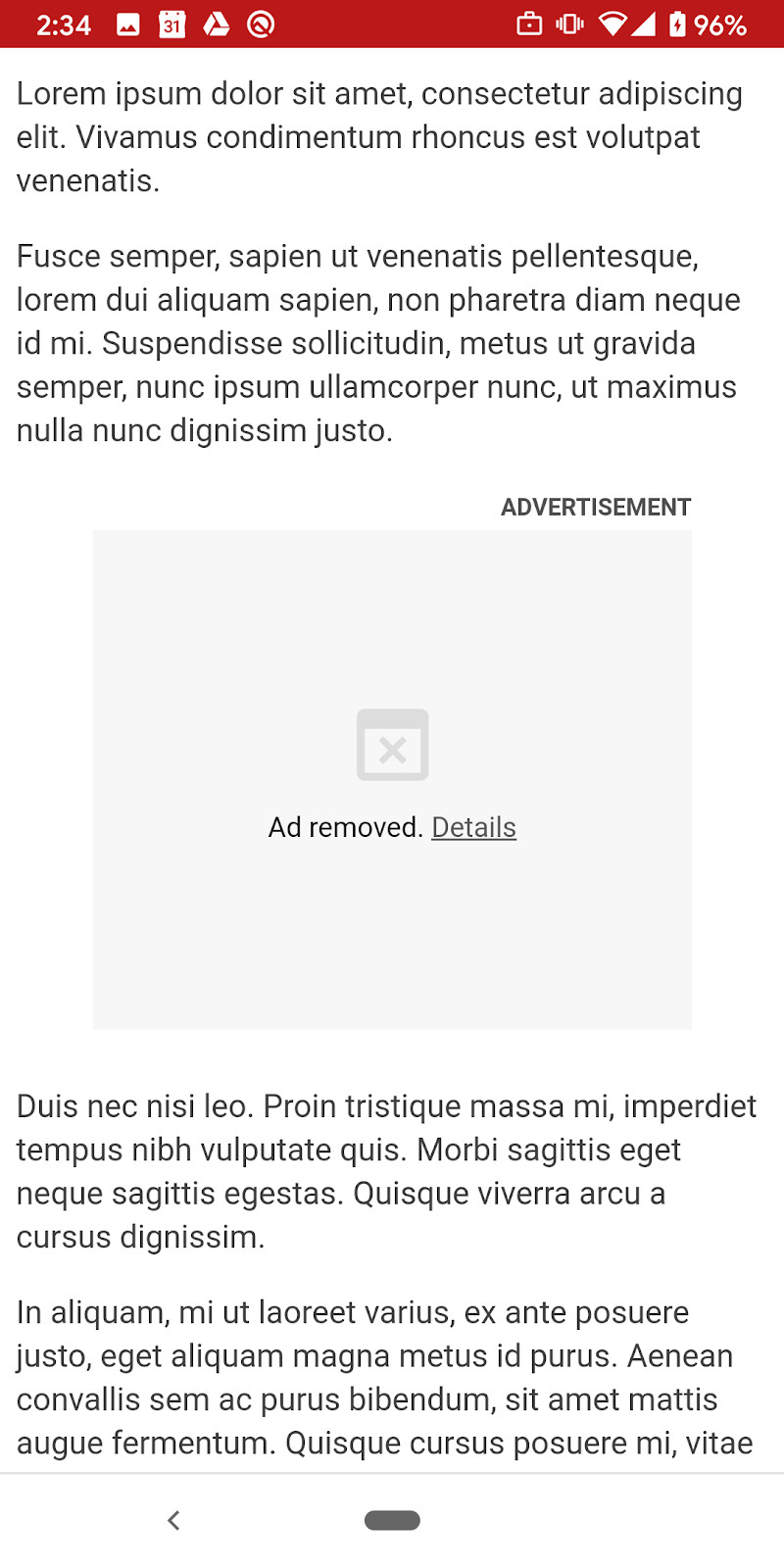 Google’s Chrome browser will begin blocking resource-heavy ads starting in late August, the company announced today (via VentureBeat). By not displaying those resource-heavy ads, Chrome could ease the strain on your phone’s battery or your home network capacity.

“We have recently discovered that a fraction of a percent of ads consume a disproportionate share of device resources, such as battery and network data, without the user knowing about it,” said Marshall Vale, a product manager on the Chrome team in a blog. “These ads (such as those that mine cryptocurrency, are poorly programmed, or are unoptimized for network usage) can drain battery life, saturate already strained networks, and cost money.”

If an ad is using too many resources, Chrome will show an error page in the frame where the ad would have been shown. Here’s an example from Google of what that might look like:

Google says Chrome will block ads at the following thresholds: 4MB of network data, 15 seconds of CPU usage in any 30-second period, or 60 seconds of total CPU usage. Only 0.3 percent of ads surpass those thresholds, but the ads that do “account for 27% of network data used by ads and 28% of all ad CPU usage,” according to Google.

You can already block some resource-heavy ads yourself right in Chrome thanks to a “Heavy Ad Intervention” toggle Google rolled out in Chrome 80, which released earlier this year. If you want to turn that on now, check out our guide.