Great, Now Invasive ‘Murder Hornets’ Are a Thing to Worry About 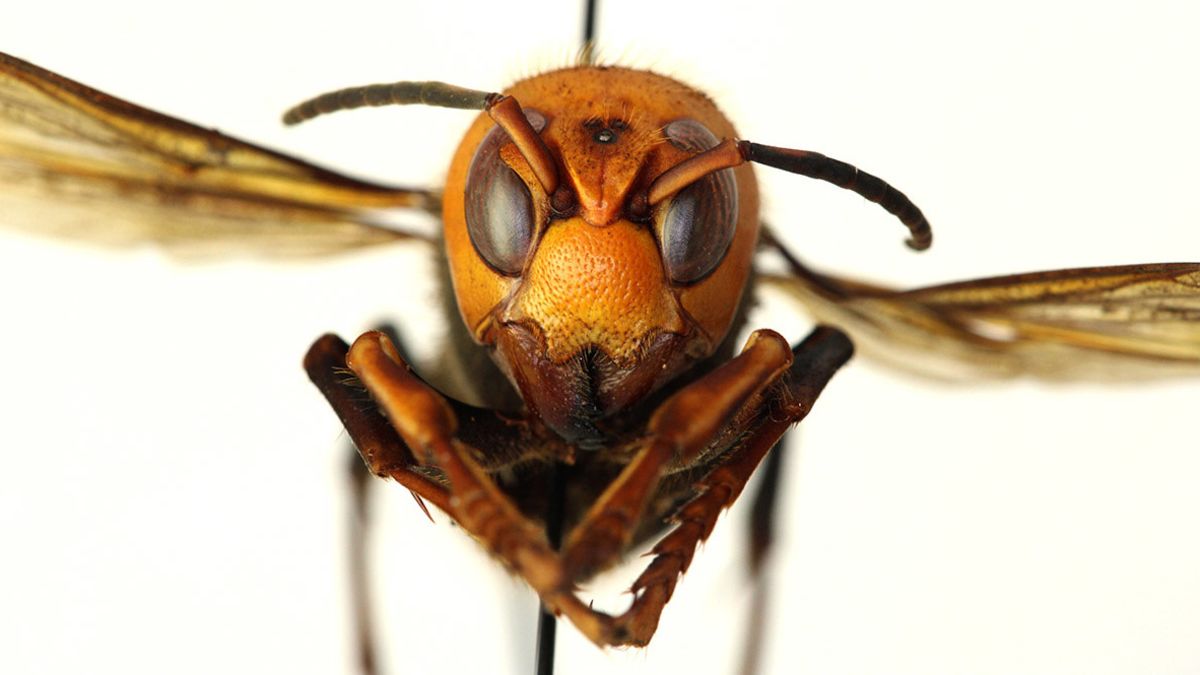 Now on top of a literal pandemic and nearly unparalleled global economic unrest, it seems you’ll need to add “murder hornets” to the list of reasons to lose sleep these days.

If you want to split hairs, technically they’re Asian giant hornets, but these flying nightmares have chalked up several colorful monikers such as “yak killers,” the “Giant Sparrow Bee,” and “OH DEAR GOD, SOMEONE BURN IT WITH FIRE” (though that last one might just have been my reaction upon seeing these real-life cazadores).

Some more not-so-fun facts: Their venomous stings kill roughly 50 people every year in Japan. They feed by ripping the heads off of bees and flying the decapitated carcasses back to their young. And though they’re native to southeastern and eastern Asia—hence the namesake—recently they’ve begun popping up in Washington State and Canada. Scientists still don’t know why.

“They’re like something out of a monster cartoon with this huge yellow-orange face,” said Susan Cobey, a bee breeder with Washington State University’s Department of Entomology, in a recent statement.

“It’s a shockingly large hornet,” added Todd Murray, an entomologist and invasive species specialist with the university. “It’s a health hazard, and more importantly, a significant predator of honey bees.”

That’s because Asian giant hornets can decimate entire beehives in a few hours using their “mandibles shaped like spiked shark fins,” per a weekend New York Times report. As if bees, a notoriously threatened species, didn’t have enough to worry about already what with humans quickly driving them towards extinction.

Last winter, locals in different parts of Washington’s Whatcom County spotted a handful of dead specimens, the Times reported. Authorities later learned that another hornet had been spotted across the Canadian border in White Rock, British Columbia that November, and an entire hive was discovered and exterminated on Vancouver Island before that. Washington State verified a total of four reported sightings in December, according to the Guardian.

Officials sent several specimens to be analyzed by a lab in Japan, where scientists confirmed they were Asian giant hornets, however inexplicable that may be. Adding to the mystery, the lab found that the hornets from Whatcom County and Vancouver Island were unrelated, thus indicating the species had been introduced in at least two separate incidents.

That discovery comes with terrifying implications. The hornet’s queen can grow up to two inches long, and their stings deliver potent venom that can be comparable to that of a venomous snake bite if you’re unlucky enough to get attacked by a swarm. Unlike bees, they can jab you multiple times using stingers nearly the length of a hypodermic needle.

And as you can imagine, not only is it potentially deadly, it hurts; you can check out YouTube daredevil Coyote Peterson getting stung by one here and it does not look like a fun time. Conrad Bérubé, a beekeeper and entomologist who was attacked while clearing out the Vancouver Island hive, told the Times “[i]t was like having red-hot thumbtacks being driven into my flesh”—even through his bee suit and underlying sweatpants.

But even so, for many beekeepers and entomologists, getting attacked by these “murder hornets” is the last of their worries.

“Most people are scared to get stung by them. We’re scared that they are going to totally destroy our hives,” Ruthie Danielson, a beekeeper who helped coordinate a response to these hornets across Whatcom County, told the Times.

To that end, officials have teamed up to wage war against the potentially invasive species as its lifecycle begins anew this year. Around April, the hornets’ queen comes out of hibernation while workers go about finding and building underground dens to nest. Their destructiveness peaks throughout the late summer and early fall as workers furiously hunt for food, which can be anything from bees to mantises and even other species of hornets, to sustain the next year’s queen.

“This is our window to keep it from establishing,” said Chris Looney, an entomologist with the Washington State Department of Agriculture, in the Times’ report. “If we can’t do it in the next couple of years, it probably can’t be done.”

To keep the hornets from establishing a foothold in the region, authorities have recently begun laying out makeshift traps—these big boys won’t fit into traditional wasp and bee traps—using clear jugs and mixtures of orange juice and rice wine, fermented milk and water, and other experimental lures. Each one is hung on a tree and geo-tagged, and officials plan to set up hundreds more in the coming months. They’re also experimenting with deploying thermal imaging to suss out nests, according to the Times, since all that buzzing can result in temperatures up to 86 degrees. Any hornets caught will be equipped with either a “radio-frequency identification tag” or, more simply, a “small streamer” to map its journey back to its nest.

The Washington State Department of Agriculture has partnered with local beekeepers and scientists with WSU for the initiative, and even the surrounding locals have been tapped to help track the species. Anyone who happens to spot a hornet buzzing around can report the sighting using the WA Invasives app.

“We need to teach people how to recognize and identify this hornet while populations are small,” Murray said, “so that we can eradicate it while we still have a chance.”

Because after all, haven’t we already been through enough this year? And it’s only May, dammit.